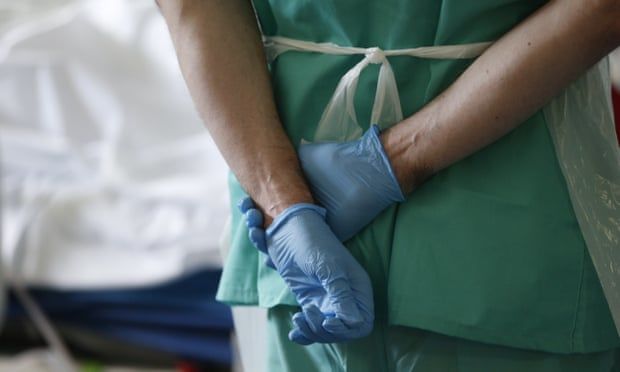 The Department of Health and Social Care has set aside up to £6bn to spend on disposable gloves over the next two years, underlining the huge expense of continuing to supply the NHS with personal protective equipment.

The drive to secure PPE since the onset of the pandemic has led to rocketing prices, accusations of cronyism, and reports of forced labour being used to manufacture the products.

The independent National Audit Office found that the government had budgeted “an unprecedented £15bn of taxpayers’ money” for PPE during 2020-21, during a “chaotic” procurement process.

A “framework agreement”, quietly published by the government online on Friday, suggested that ensuring frontline workers never again go without critical protections is likely to be costly.

It states the value of the two-year contract for “medical examination gloves and surgical gloves” – which could be fulfilled by many different suppliers – is £6bn.

DHSC sources said that figure was a cap, rather than a target, representing the maximum amount that could be spent over the lifetime of the contract.

But the fact that this extraordinary sum is being set aside points to the intense cost pressures the NHS continues to face. Pre-pandemic, the most recent contract for two years’ supply of gloves for the NHS – intended to cover 2020-22 – was worth £300m, a twentieth of the new tender.

About 65% of the world’s disposable gloves are produced in Malaysia, where there have been consistent reports of forced labour being used in factories.

The shadow trade secretary, Emily Thornberry, has written to the health secretary, Sajid Javid, urging him to ensure none of the £6bn is spent with suppliers who mistreat workers. 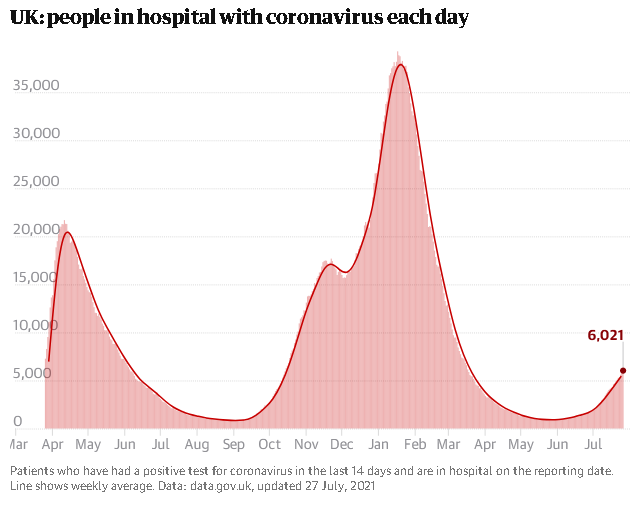 In a letter seen by the Guardian, Thornberry said: “Throughout the pandemic, concerns have been raised over the alleged use of slave labour to make the hundreds of millions of gloves bought for our hospitals from Malaysia.

“Ministers have ignored repeated warnings and allegations against companies whose factories are still supplying the NHS today.

“Government controls have been exposed over the past two years as at best inadequate, and at worst nonexistent. If you are about to authorise £6bn in new spending on medical gloves over the next two years, surely now is finally the time to put proper controls alongside those contracts and ensure they are not going to suppliers in Malaysia that use slave labour.”

Labour is demanding that potential suppliers list the factories from which the gloves will be sourced, and demonstrate they have been independently audited to show they comply with international standards on slave labour. The tender closes on 31 August.

A government spokesperson said: “Proper due diligence is carried out for all government contracts and all suppliers appointed to our frameworks must comply with the Labour Standards Assurance System, which upholds robust rules to prevent abuses of labour.

“All our suppliers are required to follow the highest legal and ethical standards and if they fail to do so, they are removed from consideration for future contracts.”

The government was criticised last year for continuing to source gloves for the NHS from Top Glove, a Malaysian supplier previously accused of operating “slave-like conditions” in some of its factories. The firm has denied the allegations.

Meanwhile, ministers have faced consistent accusations of cronyism, with many lucrative contracts going to firms boasting close contacts to senior government figures, including the former landlord of Matt Hancock’s local pub, The Cock, who denied profiting from the personal contact.

Government insiders said the publication of the formal tender – likely to be followed by others for critical products – marks the return of a more systematic approach to procurement.

But it also signals that the impact of the pandemic on NHS costs is likely to continue. The NHS was given more than £60bn in extra funding in 2020-21 to cope with the pandemic, taking its total budget to more than £212bn.

But some Whitehall officials expect Javid to have to bid for another funding boost before the year is out, as the health service struggles with the backlog in other cases created when the NHS was focused on treating Covid patients.

A report produced for the government last year on the sector suggested the global market for PPE had ballooned by 300-400% as the pandemic hit, driven partly by its widespread use in settings such as workplaces.

It also pointed to potential shortages of raw materials, including nitrile, used in the manufacture of surgical gloves.

Boris Johnson’s former chief adviser Dominic Cummings has repeatedly criticised the role of the DHSC in PPE procurement, claiming that early in the crisis, as frontline workers complained of inadequate supplies, it was a “smoking ruin”.