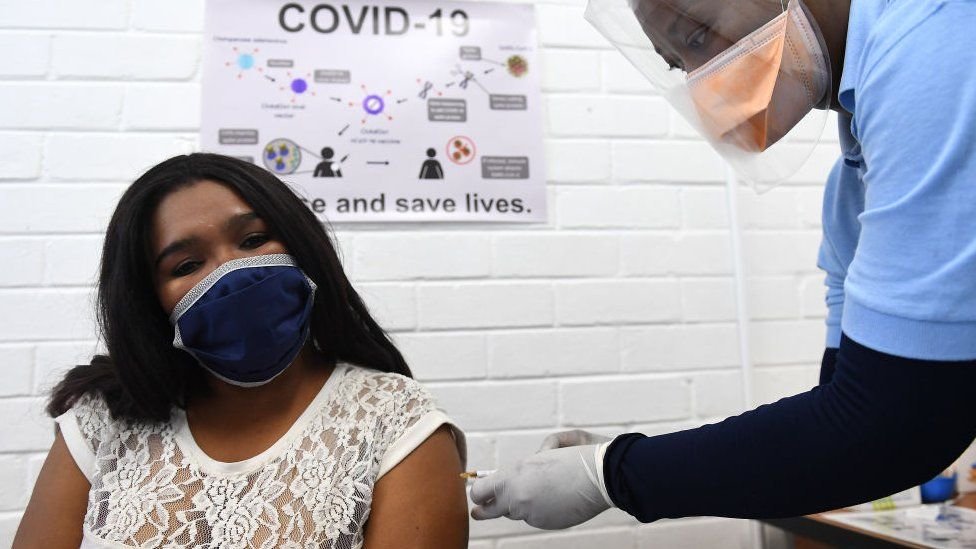 Coronavirus vaccines: Boost for Africa in race for jabs

The African Union (AU) has secured an additional 400 million doses of coronavirus vaccines for the continent.

Together with doses the AU has already reserved and those to be made available via the World Health Organization-backed Covax scheme, this brings the total for Africa to 1.27 billion.

Africa needs about 1.5 billion doses to immunise 60% of inhabitants, the threshold for herd immunity.

Most nations have not started vaccinating, lacking funds to do so.

Initiatives to help them have struggled to put in orders as wealthier countries are accused of bulk-buying vaccines.

Earlier this week, South Africa's leading coronavirus expert Salim Abdool Karim told the BBC that such behaviour was "unconscionable", warning "no-one is safe until everyone is safe".

The rollout of mass vaccination programmes across Africa may now begin in March, though not all supplies will be available by then.

The bulk would arrive later this year and next year, John Nkengasong, head of the Africa Centres for Disease Control and Prevention (Africa CDC), said.

The latest announcement of 400 million doses are of the Oxford-AstraZeneca vaccine from the Serum Institute of India - no details were given about costs.

Some African countries are also doing direct deals with vaccine manufacturers or have received separate donations. 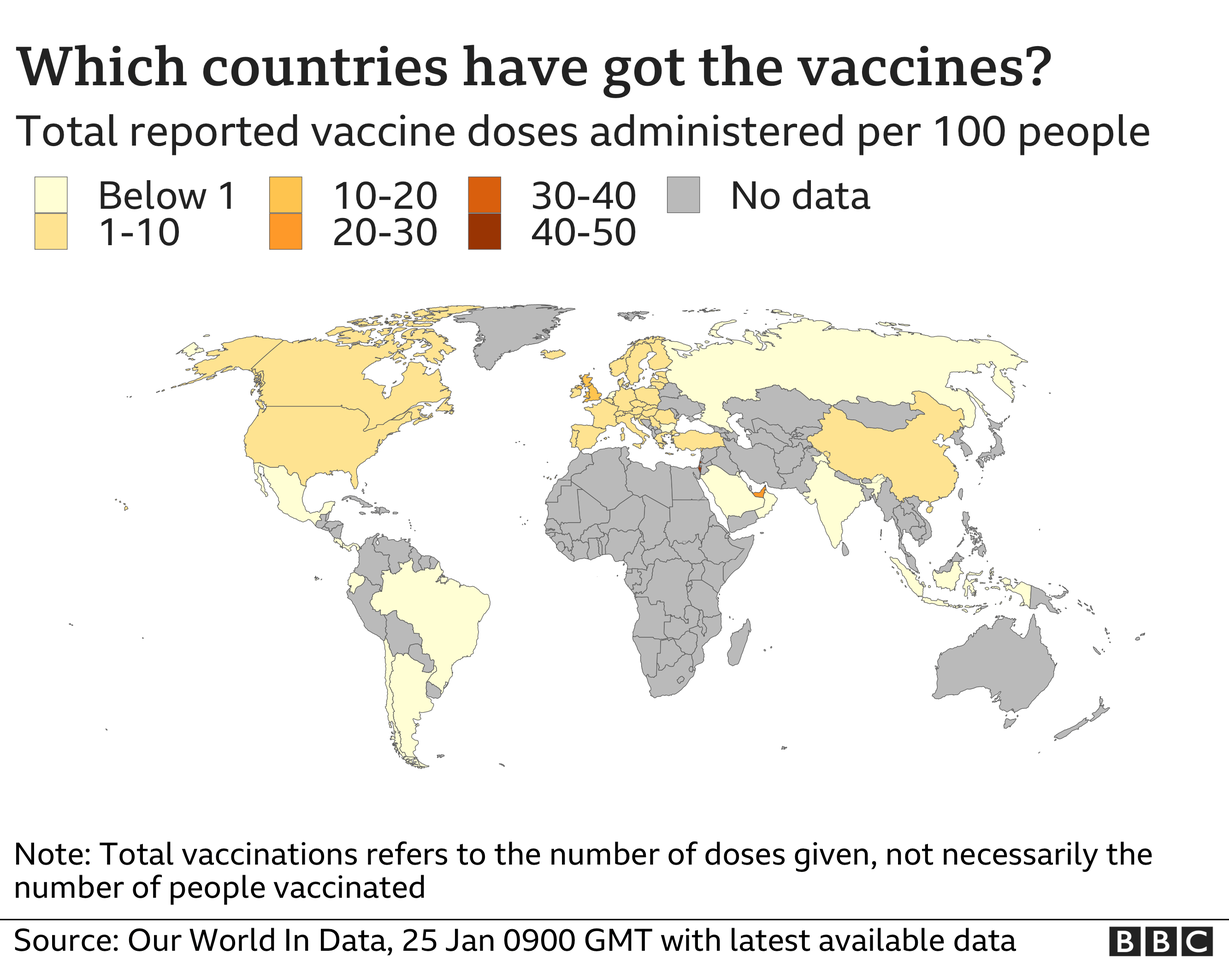 Which African countries are doing their own deals?

South Africa, the country on the continent worst-hit by the pandemic and battling a highly infectious new variant, is expecting a shipment of one million AstraZeneca vaccines from the Serum Institute of India to arrive next week so it can start vaccinating health workers.

Morocco, having bought two million doses of the AstraZeneca vaccine and 500,000 doses China's Sinopharm vaccine, is to start its vaccination campaign this week.

Seychelles, a popular tourist destination before the pandemic with a population of 94,000, has already started a free vaccination programme - thanks to a donation of 50,000 doses of the Sinopharm from Abu Dhabi. It says the Indian government has also offered the island 100,000 doses of the Oxford Astra-Zeneca vaccine.

Mauritius, another Indian Ocean island nation dependent on tourism, started vaccinations this week after 100,000 doses of the vaccines were donated by India.

Egypt - with a population of 100 million citizens - began its rollout on Sunday, starting with doctors and nurses receiving the Sinopharm jab. The government says it has reserved more than 100 million doses from different providers.

Earlier in the week, Dr Nkengasong urged African nations to be cautious about using the anti-parasite drug Ivermectin as a treatment for Covid-19.

It is being hailed in some quarters as a wonder drug in fighting the virus. Some doctors, including those in Nigeria and South Africa, say it is cheap and effective in alleviating the suffering of patients - and supplies are running low.

But Dr Nkengasong told the BBC's Focus on Africa radio programme that doctors should wait until clinical trials to see if it was truly effective.

"Ivermectin is safe when used at appropriate dose in treating the parasitic diseases that the drug was designed for; but we have to be careful that we do not use it without evidence that it is safe and effective against Covid-19," he said.