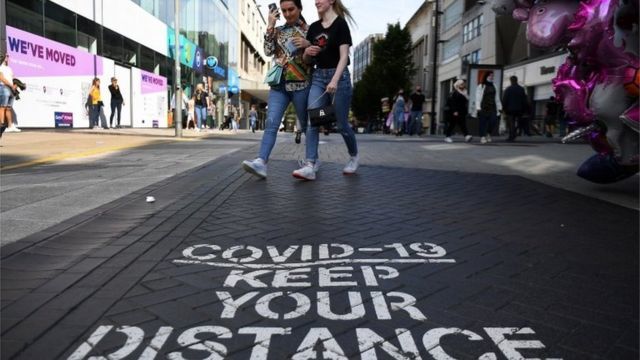 The prime minister's ex-aide Dominic Cummings has said in tweets that the UK's original plan was to let the virus spread through the population - achieving so-called "herd immunity".

Mr Cummings said No 10 later realised it would be a "catastrophe".

But the UK Health Security Agency chief said allowing people to become infected "has never been on the agenda".

Dr Jenny Harries said she had "never been in a government meeting where herd immunity was put forward as a mechanism of control" for the pandemic.

"But bear in mind I would not have been in most of the high-level ones as deputy chief medical officer," she said.

Asked by the BBC's Andrew Marr whether herd immunity had been government policy at the beginning of the Covid pandemic - before a vaccine had been created - Ms Patel replied "absolutely not".

She said she would not comment on what Mr Cummings would say ahead of his appearance in front of a parliamentary committee this week, but added "our strategy was always about public health, saving lives and protecting the NHS".

Also speaking to Andrew Marr, Dr Harries said that the term herd immunity had been "misinterpreted".

She said there was a difference between the widespread immunity achieved through vaccinations, and herd immunity produced by allowing the public to catch the virus naturally.

"What you're looking at in a population is to try and see at which point your population would be safe, and this is what we do with this very successful vaccination programme," she said.

"That's not the same as saying... that the aim would be to allow people to become infected and develop herd immunity.

"That has never been on the agenda but you would always look to see how safe you can get your population through a vaccination programme."

Herd immunity is a term used to mean that most people are immune to a particular disease.

This means that the disease is much less likely to spread from person to person, so those who are not immune are at reduced risk of illness.

The more infectious a disease is, the greater the number of people that need to be immune in order to reach the threshold where the unprotected are safe.

There are two ways of achieving herd immunity: First is through the natural progression of the disease, which will cause illness and death as people become infected. The second is through vaccination. 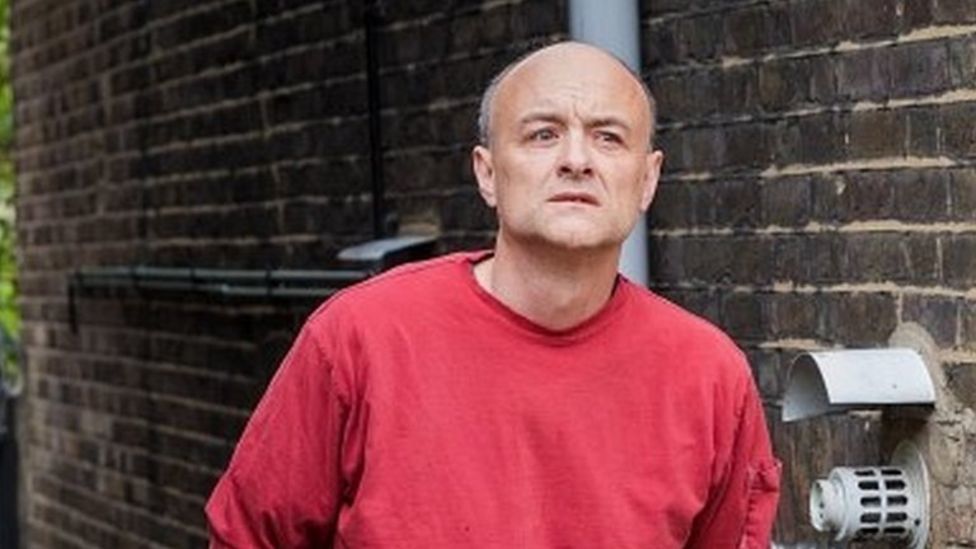 Adding to a series of tweets Mr Cummings began a week ago, the former No 10 advisor referred to the government's handling of Covid as a "disaster".

On Saturday evening, he said the "official plan in all the documents, graphs and meetings" at the outset of the pandemic was to achieve so-called "herd immunity" by September 2020.

He added: "How herd immunity could have been the plan is a fundamental issue in the whole disaster", adding it was only changed after "No 10 was made aware... it would lead to catastrophe".

In addition to saying "awful decisions" were made, and "lives and money" were "needlessly lost" he also said "if competent people had been in charge" lockdowns may have been avoided.

Following Ms Patel's interview on Sunday morning, he said herd immunity had not been a "secret" policy but "official strategy" explained on TV and radio.

He said herd immunity had been viewed as "unavoidable" until 9 March when government policy started to shift to "Plan B" - to "dodge herd immunity until vaccines [were available]".

He continued to tweet on the subject throughout Sunday and ahead of his appearance on Wednesday before the Commons Health and Science Select Committee which is considering lessons to be learned from the pandemic.

Mr Cummings was the prime minister's closest political aide, and in the room when decisions were being made early in the pandemic.

But, since parting ways with his boss last November, he has become a trenchant critic of Mr Johnson's actions.

Early on in the pandemic the government's chief scientific adviser's comments about herd immunity attracted attention.

On 13 March 2020, Sir Patrick Vallance told BBC Radio 4's Today programme, the government's aim was to "try and reduce the peak - not suppress it completely, also because most people get a mild illness, to build up some degree of herd immunity whilst protecting the most vulnerable".

Sir Patrick later insisted that herd immunity was "not the plan" and the Department of Health said his comments had been misinterpreted adding: "Herd immunity is not part of our action plan but is a natural by-product of an epidemic."