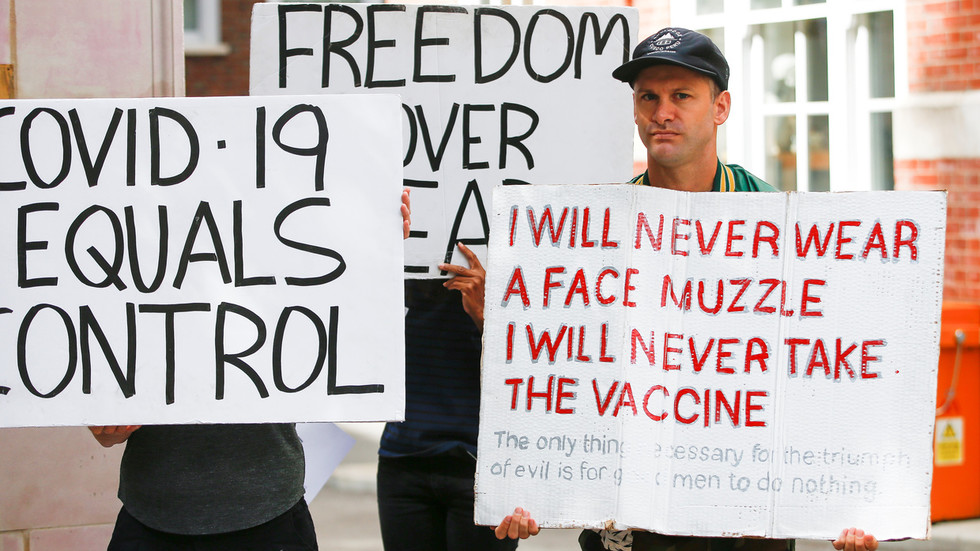 “Social fractures” provoked by measures to stop the spread of the coronavirus in the UK have turned out to be deeper than those triggered by Brexit, a think tank warned after polling thousands of people.

Around 68 percent of those who abide by the lockdown rules have “strong negative views” about people who violate the restrictions, the survey by the think tank Demos revealed.

The same goes for face masks, with 58 percent of respondents who use protective gear saying they have “severely negative attitudes towards non-mask wearers.”

The online survey took place between July 31 and August 7, with 10,061 people taking part.

We found that the majority of people who wear face masks in Britain have severely negative attitudes towards those not wearing masks.

However, only 33% of people who didn't vote ‘Leave’ hold these views towards people who voted for Brexit.

The think tank pointed out that the Covid-19 measures have been even more divisive for the country that the referendum on Britain’s future in the EU in 2016.

Only 33 percent of ‘No’ voters said that they “resent, hate, or think people who voted for Brexit are bad people.” And the ‘Yes’ voters were even more positive, as only 20 percent of them had negative feelings about the ‘Remainers’, according to the survey.

Demos chief executive Polly Mackenzie said she was “deeply worried” by the results of the study, telling the Mirror that there is “the urgent need for us to come together and have a national conversation about the future, before the divisions become too entrenched.”

The UK was severely hit by the coronavirus, already recording more than 358,000 cases of the disease and over 41,600 deaths.

A strict lockdown was introduced in Britain in the spring to curb the spread of the virus. Despite the easing of restrictions over the past month, most of the measures still remain in place. Mask wearing is also obligatory on public transportation and in shops, with repeat violators facing a fine of up to £3,200 (around $4,090).