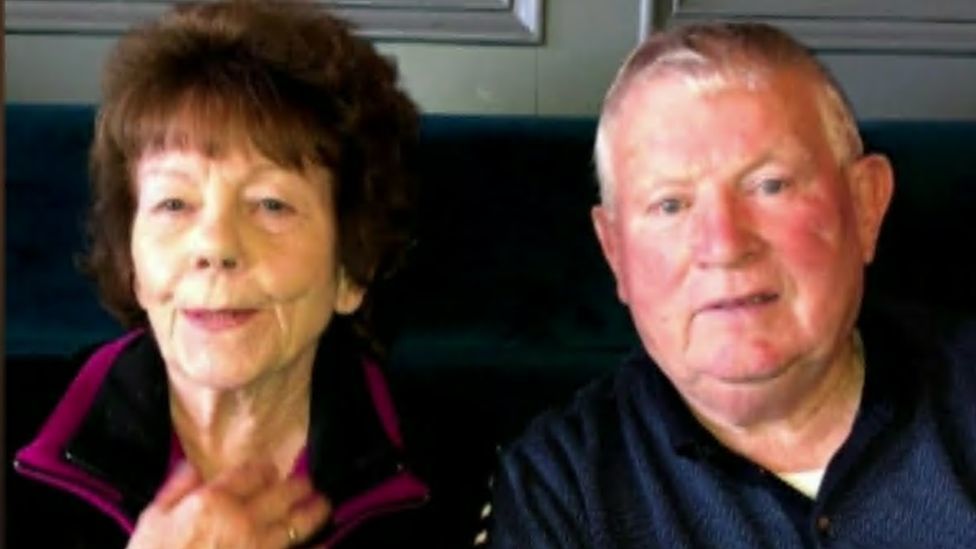 Hospital staff have been praised for the care they showed a County Londonderry couple who died within six minutes of each other.

Barney and Sarah McGlinchey from Greysteel died on 20 January with Covid-19 after spending almost two weeks in Altnagelvin Hospital.

They were in separate wards, but staff brought them together to be with each other in their final moments.

Only one of their daughters was with them due to coronavirus restrictions.

Barney, passed away first at 16:55 GMT, while Sarah, known affectionately as Blossom, passed away shortly after at 17:01.

The couple were holding hands.

Barney, 81, and 78-year-old Blossom, who had five children and seven grandchildren, were absolutely devoted to each other, their daughter Lynne Gray said.

Speaking to BBC News NI, Mrs Gray praised the outstanding care provided to her parents by hospital staff during their family's "most difficult time".

"As much as we respected the restrictions and the reason they are in place to protect the wider community, it was really, really hard to think that your parents are alone in a sealed off room," she said.

"That they are with strangers and that you can't be with them in their final hours."

Mrs Gray said the family had mostly been corresponding with the couple through letters while they were in hospital.

"We knew they weren't returning, but we wanted to keep their hope." 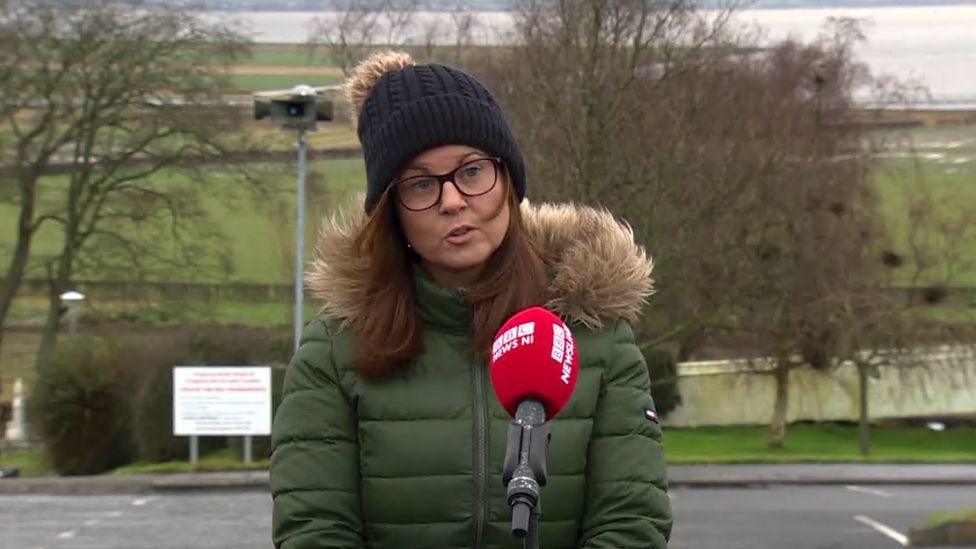 The consultant on her father's ward said they would like to bring her father from his ward to be with his wife.

"We know that they (hospital staff) wanted us as a family to be with our parents, but the restrictions prevented that for the betterment for the wider community," she said.

"As difficult as it was for us, we know it was equally as difficult for the nursing and caring staff at Altnagelvin Hospital."

Mrs Gray said the family's biggest fear was for them to die alone in hospital and said knowing they spent their last moments together in the company of her older sister Libby was of huge comfort.

She urged people to take the virus more seriously and to follow public health guidance.

"Listen to the professionals, trust the experts that we need to guide us through this pandemic."

Mrs Gray added her lasting memory of her mum and dad would be their love for one another, their love of family and their faith.