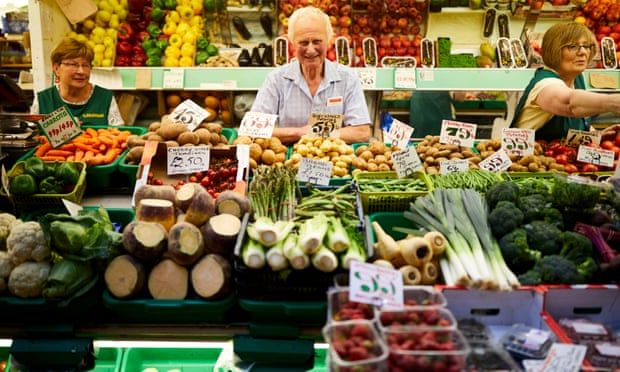 Tory peer Lord Rose criticises ‘backwards’ proposal as business department launches 12-week consultation
The government’s push to increase the use of imperial measurements in Britain has been mocked as “complete nonsense” and confusing for business.

The Department for Business, Energy and Industrial Strategy (BEIS) announced it is pressing ahead with plans to review “overbearing EU rules” regarding weights and measurements and restore “common sense” to the statute book.

The move comes 22 years after the EU weights and measures directive first came into effect.

It meant traders were legally required to use metric units for sale-by-weight or the measure of fresh produce, although it is still legal to price goods in pounds and ounces if displayed alongside prices in grams and kilograms.

The announcement of a 12-week consultation comes amid mockery of Boris Johnson’s vision of post-Brexit Britain pricing its food produce in measurements of the past.

The Tory peer and Asda boss Lord Rose said returning to imperial weights and measures was “complete and utter nonsense” and would “add cost” for businesses.

He told Times Radio: “I’ve never heard such nonsense in my life. I mean, we have got serious problems in the world and we’re now saying ‘let’s go backwards’.

“Does anybody in this country below the age of about 40 know how many ounces there are in a pound?”

BEIS insisted the move would not inflict further costs on businesses as there was no intention to require them to make a change.

It would be the latest step by the Conservative government in using Brexit to evoke largely symbolic notions of Britain’s past, such as the reintroduction of blue passports and restoring crown stamps to pint glasses.

Business minister Paul Scully said: “While we think of our fruit and veg by the pound, the legacy of EU rules means we legally have to sell them by the kilo.

“Our consultation today will help shops to serve customers in the way their customers want.”
#Boris Johnson  #Johnson
Add Comment