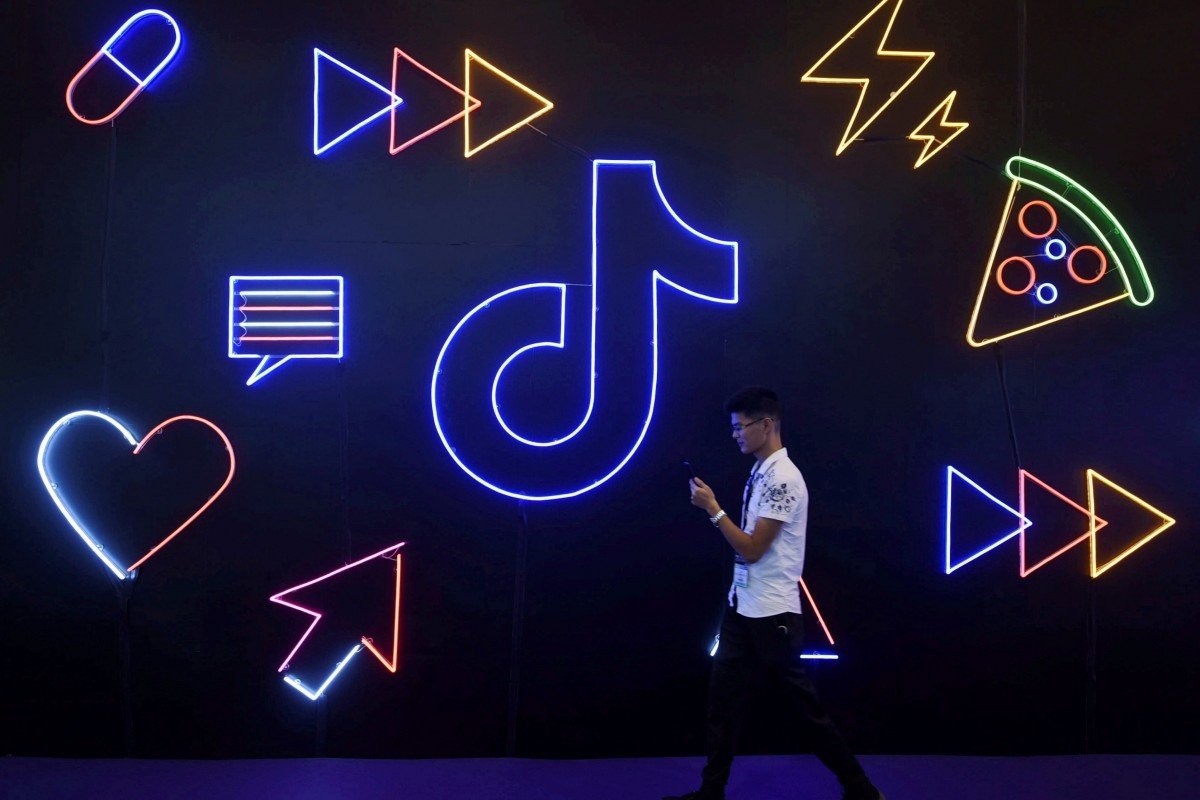 A function called ‘Connection’, which has been available to some Douyin users since late February, matches strangers and allows them to video call each other. Tencent-owned WeChat is still the most popular social networking app in China, but Douyin owner ByteDance has been trying to expand into the area

The mainland Chinese version of short video hit TikTok is testing a new beta feature which allows users to video call strangers and play interactive games with them, as its Beijing-based owner ByteDance intensifies its battle with Tencent Holdings – known for its do-everything app WeChat – for dominance in the social app space.

Douyin’s “Connection” function, currently available to a random group of users for a limited time each day, matches users and lets them video conference while playing casual games such as drawing and guessing. At the end of the session, users are also given the option to follow each others’ Douyin accounts if both agree.

ByteDance’s exploration of more social networking features comes as it squares off against Tencent in more areas including entertainment, telecommuting and gaming.

For its part, ByteDance has also been expanding into areas previously dominated by Tencent, such as online gaming. Its gaming division reportedly has more than 1,000 staff members, with division lead Yan Shou saying on Friday it would hire more than 1,000 this year, and analysts expect the company to follow Tencent’s path of using games to further monetise the millions of users on its social media apps.

There were 1.04 billion active social media users in China, or 27 per cent of the global total, as of January, according to a report by marketing agency We Are Social and social media management platform Hootsuite.

Since last year, ByteDance has made several attempts to leverage its large user base – Douyin said it had 400 million daily active users as of January – to expand further into social networking. These include Duoshan, a Snapchat clone, and Feiliao, or Flipchat in English, a hybrid between an instant messaging app and online forum featuring interest-based communities. Douyin also recently introduced a video call function for users who follow each other.

Feiliao has not made much of a splash, ranking 390th among social iOS apps in China as of Monday, according to analytics platform App Annie. Duoshan fared better at 7th place on the App Annie ranking, but WeChat, which offers messaging, user posts and other social networking features, continued to take the top spot which it has occupied in most years since 2014.

Independent internet analyst Ge Jia, who has been watching the industry for two decades, said there are several key differences between Douyin’s Connection feature and WeChat’s functions. "[WeChat] connects people who know each other via instant messaging, but Connection is for strangers based on interest,” he explained, adding that although WeChat also enables strangers to match and connect with each other based on location, it is not a core function.

Three people who tried Connection told the ﻿Post that they have been matched with strangers both in the same city and further away, as well as people of both genders. Reviews among users so far have been mixed.

Sunsee Wang, a college student from Hubei province, tried Connection in mid-March and while she hit it off with a male user she met through the feature, they agreed to continue chatting on WeChat even after adding each other on Douyin.

“I’m on WeChat all the time, and chatting is much more convenient,” she said, “I will be responsive on Douyin only when I turn on the app.”

Neo Lee, a 29-year-old living in Beijing, had four Connection sessions last week and was not impressed enough with any of the strangers he matched with to want to continue talking to them, even online. “The matching mechanism is just so-so, and the casual games we played were a bit dull,” he said.

A third user, Eva Niu, said she left a video call when she realised that the other party had covered their camera, feeling uncomfortable that her face was clearly shown on the screen. “The feature is actually a bit terrifying, because it could expose my privacy,” she said.

According to privacy rules seen by the ﻿Post, only Douyin users whose identification information have been authenticated can use the Connection feature, and their usernames are not shown to the people they match with.

But other personal details, such as the user’s profile picture, city, age and astrological sign are visible to matches if they have been provided and set to be publicly visible.

Douyin said in the privacy notice that it uses “publicly-visible profile information, log files on Douyin and the city [the user] is in” to match users to each other, and that only users above the age of 18 can access the feature.