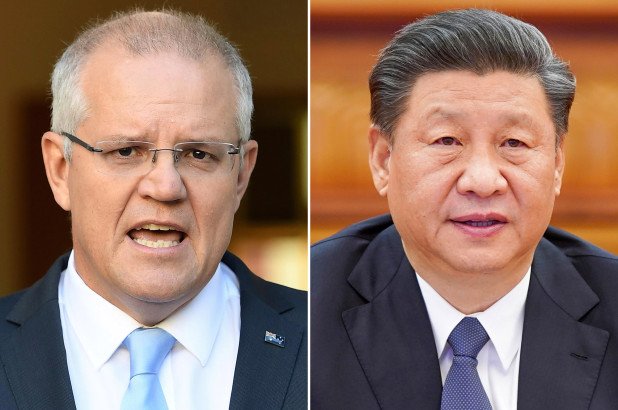 On Wednesday, the Chinese embassy accused Australia of playing “petty tricks” over its push for an after-action report on what led to the pandemic.

“The Embassy of China doesn’t play petty tricks, this is not our tradition. But if others do, we have to reciprocate,” an embassy spokesman said in a statement.

Australian Prime Minister Scott Morrison, however, told reporters Wednesday that his proposed inquiry would not be targeted at China.

After calling for the investigation on Monday, China’s ambassador to Australia, Cheng Jingye, warned that Chinese consumers could boycott Australian products and universities if the inquiry continued.

In response, the head of Australia’s Department of Foreign Affairs and Trade called Cheng to voice his concern, according to Reuters.

After they spoke, the Chinese embassy released a statement detailing what was discussed in the call, which led to another rebuke from the country’s trade department.

The Chinese embassy claimed on its website, however, that details of the call were first “obviously leaked by some Australian officials,” leaving the Chinese no choice but to set the record straight with their own accounting of the call.

Now, Australia is asking the Chinese ambassador to explain his “threats of economic coercion” in retaliation for the country’s push for a probe.

Morrison has doubled down on his call for an inquiry since the row has escalated, saying Wednesday that he was doing so to prevent such a pandemic from happening again.

“This is a virus that has taken more than 200,000 lives across the world. It has shut down the global economy. The implications and impacts of this are extraordinary.”

“Now, it would seem entirely reasonable and sensible that the world would want to have an independent assessment of how this all occurred, so we can learn the lessons and prevent it from happening again.”