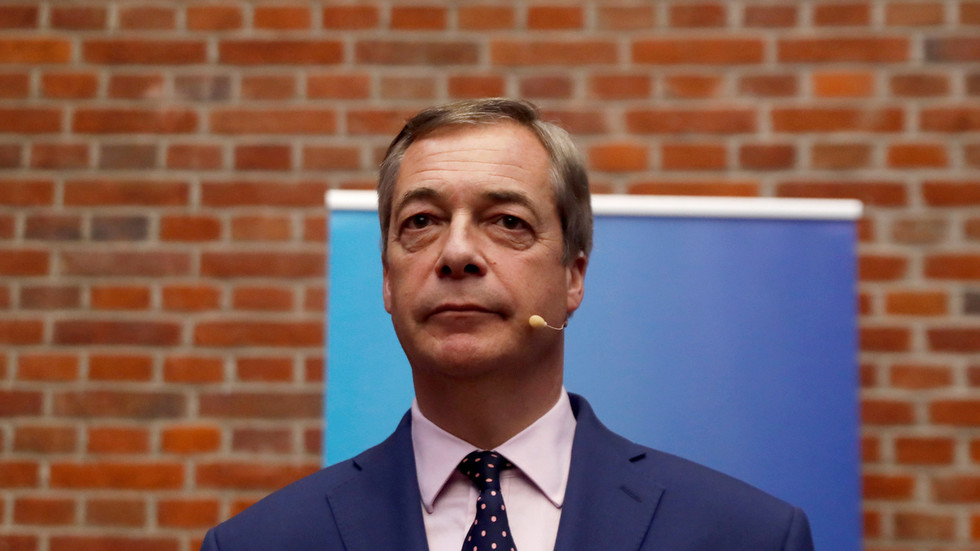 Nigel Farage has riled social media by saying the UK is heading steadily towards a police state with every new restriction taken in the name of fighting Covid-19.

‘East Germany’ started suddenly trending on Twitter – all because Farage, who has recently come out with yet another tirade about the coronavirus restrictions taken by the UK government. The top Brexit proponent, who now heads up the Reform Party (previously the Brexit Party), issued a 10-minute-long video titled ‘Say NO to a police state’, where he discussed a set of government measures taken in light of the ongoing pandemic.

What particularly caught his interest was the new Covert Intelligence Bill currently being debated in the House of Lords. According to some media reports, the legislation would allow various security agencies and even district councils to employ young people under 18 as undercover agents. Those over 16 could also be used to snoop on their own parents or guardians should the bill become law, reports say.

“I was really worried that the direction … taking us to a place [where] East Germany was before the Berlin Wall came down,” Farage said somewhere in the middle of a video mostly dedicated to discussing anti-coronavirus measures. “I talked about the fact that, in East Germany, the Stasi, the secret police, encouraged children to report on their parents,” the politician added.

“I do not want to live in East Germany.”

Although the video itself that came out on January 8 was watched almost 219,000 times on YouTube and over 528,000 times on Twitter, it seems that the topic only gained traction on social media after journalist Isabel Oakeshott pointed out in her tweet that Farage was “right to warn that the UK is turning into East Germany” – all supposedly because of the “brutal authoritarianism” established “in the name of coronavirus.”

Their message, however, apparently failed to get through as most people on social media clearly did not share the alarmist sentiment. They mostly believed that neither Farage nor Oakeshott had a clue about what they were talking about.

Their statements were branded “childish”, “inaccurate” and just “silly” as people called on them to study history at least a little bit before coming up with anything similar again.

Others wondered why Farage was bringing up East Germany as something bad. After all, it almost looks like his dream country: with “few immigrants” and “economically walled off from the rest of the world.”

Some sarcastically said that had Farage himself lived in East Germany he would have definitely had problems with the infamous Stasi and would not be so eager to draw such comparisons.

Both Farage, who has emerged as a staunch opponent of coronavirus restrictions during the pandemic, and Oakeshott are no strangers to controversy. The journalist already faced a backlash in May following another tweet where she urged British teachers to show the “same bravery” as health workers and return to schools to educate kids as soon as restrictions are eased.

The suggestion hardly earned her any praise and her comments were branded “vile” and “disgusting.”