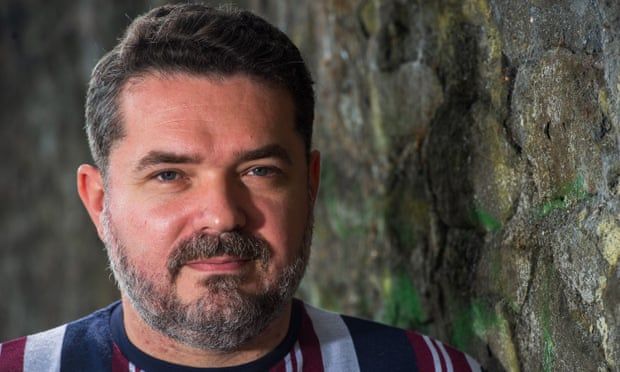 Francis Goncalves, from Cardiff, wants his family’s experience to encourage people to get vaccinated
A man from Cardiff has claimed he lost his mother, father and brother from Covid within a week because all three had chosen not to be jabbed after they were frightened by misinformation from anti-vaxxers.

Francis Goncalves, a chef, said he believed that his father, Basil, 73, contracted Covid while in hospital and his mother, Charmagne, 65, and brother Shaul, 40, picked it up at a family dinner.

He said all three, who were living in Portugal, had turned down the chance to be vaccinated and Goncalves said he hoped sharing his experience may encourage other sceptics to be jabbed.

“They got caught up in a lot of the anti-vaccination propaganda,” he said. “It preys on people who are afraid and they fall into the trap. The message I want to get out is why would the government want to hurt you by giving you a vaccine? What is the purpose behind it? I’ve spoken to so many people who are terrified of the vaccine and it costs lives.”

Goncalves, 43, said his parents had underlying health conditions but his brother was the “healthiest person” he knew and believes the vaccine would have saved his life, adding: “If he wasn’t working out in the gym or running, he was going on walks. He hadn’t drunk in 15 years and had a plant-based diet.”

A few days after his relatives had the meal together, Goncalves said his brother began “feeling like he was filled with weight and that he was tired”. Both his brother and father’s health deteriorated as Goncalves tried to find a way to get to Portugal. They died before he got there.

When he arrived, he discovered his mother was struggling to cope with the virus.

Goncalves said: “She was also in an induced coma. They allowed me to go and see her which was already a sign that things weren’t going well and I had to dress up in full PPE.” She died days later and all three were buried in a cemetery in Lisbon.

The family are originally from South Africa and they moved to Cardiff in 2015. A year later, his parents and brother moved to Portugal, where his father was originally from.

Goncalves said: “My father gave everything. He would wear broken shoes so we could have the best. He loved mum and she loved him. My mother would do anything for us. My brother was my best friend.”
#vaccine  #Covid
Add Comment