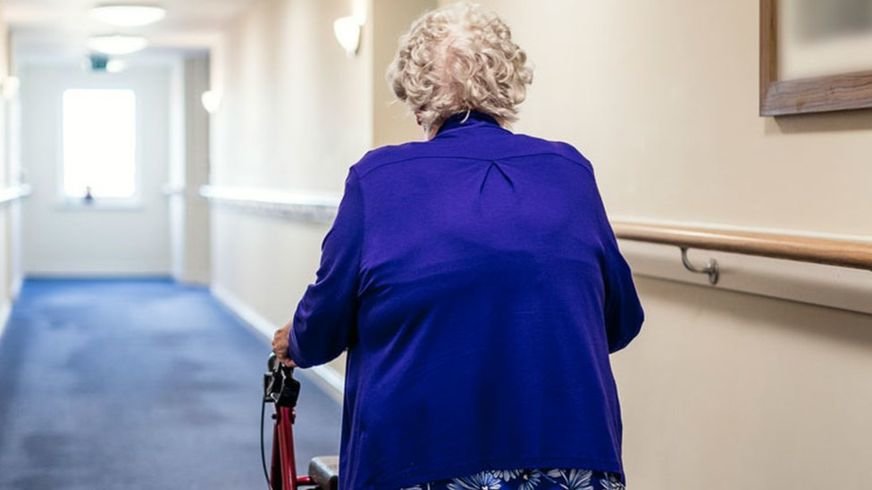 Care homes should have been prioritised from the start, MPs told

The head of the organisation which represents care homes in England has strongly criticised the government's handling of the coronavirus outbreak.

Professor Martin Green, of Care England, said people who were most at risk of dying of Covid-19 should have been prioritised from the beginning.

He told MPs there were still problems with testing and PPE in care homes.

It comes as an industry body has said care homes in England were planning their response to the coronavirus pandemic "with their hands tied" because data about outbreaks in the sector were not published until the end of April.

Meanwhile, the latest figures suggest more than 11,600 people have died from coronavirus in UK care homes since the start of the pandemic.

But for the second week running, the review of death certificates by statisticians showed the number of new deaths in care homes had fallen.

The overall UK death toll now stands at 35,341 after the Department of Health recorded another 545 deaths of people in the UK following a positive coronavirus test.

Giving evidence to the Health and Social Care Committee, Prof Green said pandemic planning had been completely inadequate and the government had focused on the NHS while discharging infected patients into care homes.

He told MPs that despite promises from ministers, there were still huge issues with testing, with results lost and staff waiting eight to 10 days to find out if they have coronavirus.

Answering an urgent question in the House of Commons, Mr Hancock insisted people were sent to care homes when community transmission rates were low.

However, a Public Health England survey of London care homes found that agency workers doing shifts in different homes were a source of transmission.

The study, which was carried out over the Easter weekend, looked at tests of staff and residents and the results were passed to the Department of Health and Social Care before the end of the month.

PHE said the results suggested there were "high numbers of asymptomatic or pre-symptomatic cases among staff and residents" and that "infection may be being imported into the homes by staff".

It added it was possible that the usual staff may be off work self-isolating and the infection was introduced by the "bank staff" sent in as cover.

Prof Green told MPs there would need to be a "forensic examination" in the future to prevent a crisis in care homes from happening again.

"We should have been focusing on care homes from the start of this pandemic," he said.

"What we saw at the start was a focus on the NHS which meant care homes often had their medical support from the NHS withdrawn.

"We also had the disruption of our supply chains for PPE [personal protective equipment].

"We also saw people being discharged from hospital when we didn't have the testing regime up and running.

"So despite what's been said, there were cases of people who either didn't have a Covid-19 status, or who were symptomatic, who were discharged into care homes."

He added: "Given that care homes are full of people with underlying health conditions, I think we should've looked at focusing on where the people at most risk were, rather than thinking about a particular organisation."

Prof Green said a lot of care homes had not had the right set-up for isolating patients coming from hospitals, while other countries used separate quarantine facilities for infected patients.

And he said some test results for staff or residents in care homes had been lost, while others waited so long that it was unclear if they were still valid.

He insisted that PPE across care homes was still inadequate and called for testing "two or three times a week" to get on top of the virus.

However, he said there were indications of a downward trend in cases, telling MPs: "I think we are probably at the top of the curve and hopefully heading downwards."

James Bullion from the Association of Directors of Adult Social Services in England also gave evidence, and said both the lack of PPE and testing still remain a problem.

"The care workforce is 1.6 million. We are nowhere near the level of testing that is required," he said.

Mr Hancock has claimed ministers have done everything they can to protect care homes.

He said a "protective ring" has been thrown around care homes, adding that nearly two-thirds of care homes had not seen outbreaks.

In the Commons on Tuesday, shadow social care minister Liz Kendall accused government ministers of being "too slow" to tackle the spread of coronavirus in care homes.

She asked Mr Hancock to explain why guidance saying care homes were very unlikely to be infected was not withdrawn until 12 March.

Mr Hancock said the guidance to care homes that was in place until 13 March "was in place whilst community transmission was low and said it would be updated as soon as transmission went broader and that's exactly what we did".

On discharging hospital patients to care homes, Mr Hancock said it was "important to remember that hospital can be a dangerous place for people".

He stood by the principle of discharging patients to care homes, saying it was "appropriate" and "safer" in many cases.