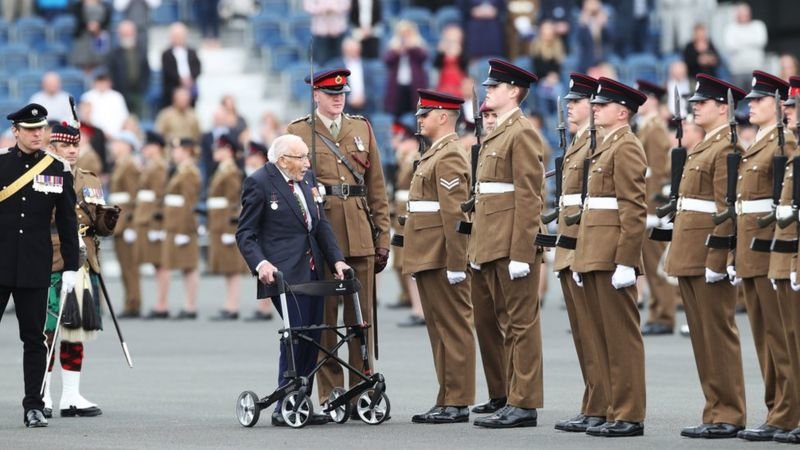 Captain Sir Tom Moore has conducted his first duty as honorary colonel at the Army Foundation College in Harrogate by inspecting its junior soldiers.

The 100-year-old World War Two veteran carried out the inspection during a graduation parade after being made honorary colonel last month.
He was invited as the Chief Inspecting Officer at the event on Thursday.

The veteran raised almost £33m for the NHS by walking 100 laps of his Bedfordshire garden during lockdown. 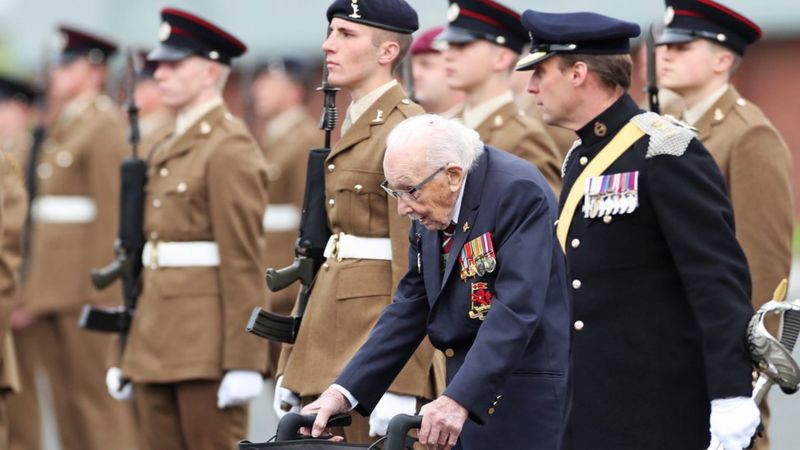 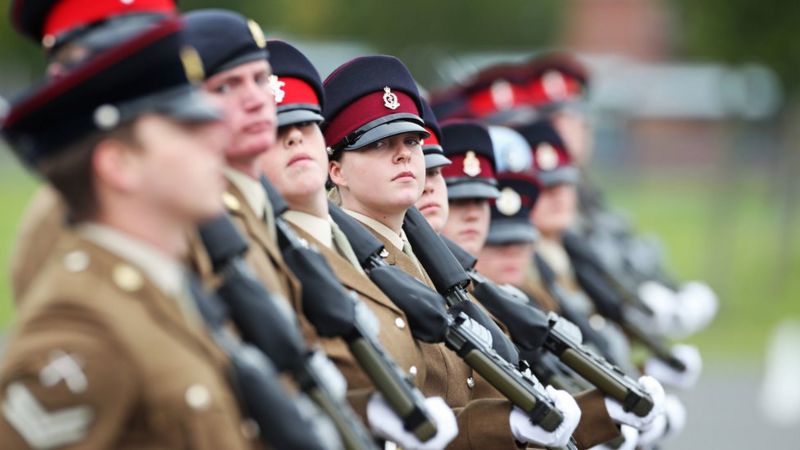 The passing-out parade event takes place annually as junior soldiers from across the UK complete an intensive Army course at the college. It is believed to be the largest of its kind in Europe.

Training started in March but due to the pandemic they had to carry out 10 weeks of virtual learning before returning to the college at the end of May. 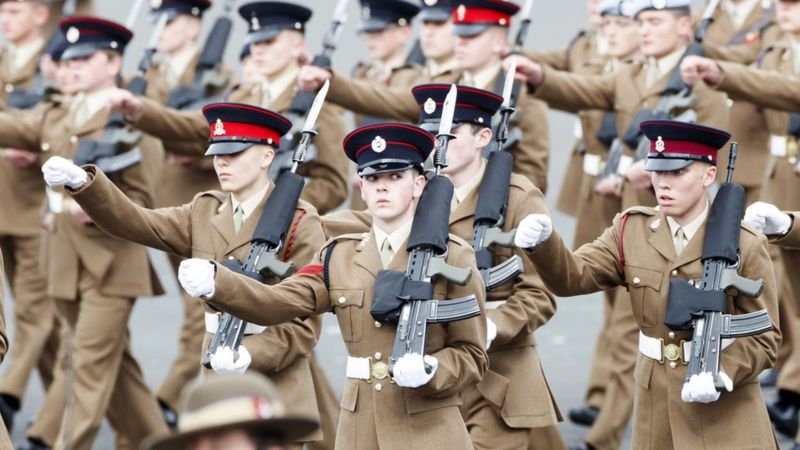 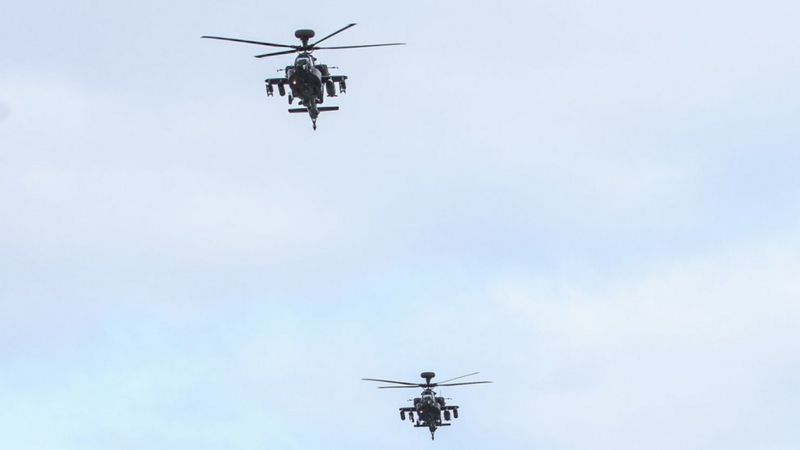 Two Apache helicopters performed a flypast above the parade

The veteran's mission to raise money for the NHS struck a chord with the nation and donations flooded in. Prime Minister Boris Johnson said he "provided us all with a beacon of light through the fog of coronavirus" and in July, the centenarian, who was born in Keighley but lives in Marston Moretaine, was knighted by the Queen.