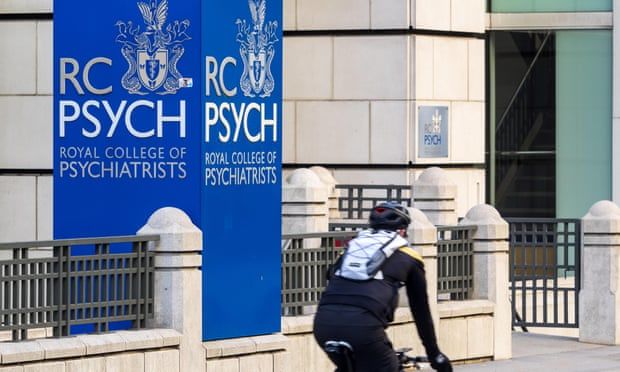 Exclusive: President of Royal College of Psychiatrists warns some facilities ‘dangerously old and not fit for purpose’
Thousands of mental health patients in England are being treated in buildings that are “dangerous” and unfit for purpose, Britain’s most senior psychiatrist has warned.

Dr Adrian James, the president of the Royal College of Psychiatrists, urged the government to fund six new mental health hospitals as part of its promise to build 48 new hospitals by 2030.

Crumbling NHS buildings, leaky roofs and faulty equipment are putting the most seriously mentally ill people in the country at risk of harm and hindering their chances of recovery, James said.

The government has pledged billions in funding to build 48 hospitals by 2030. Of the first 40 hospital projects announced, only two were for mental health, according to the college. The final eight projects have not yet been named but James said at least six of these should be for mental health patients, in order “to address the imbalance of the programme”.

“Thousands of people with a mental illness in England are being treated in mental health hospitals that are dangerously old and not fit for purpose,” James said. “Up and down the country psychiatrists are having to assess and treat patients in buildings that are falling apart and crumbling away.

“People with a mental illness will be let down unless we have buildings that are fit for purpose. The government can no longer afford to pay lip-service to parity of esteem and treat mental health as an after-thought. We need a firm commitment from government that at least six of the new hospitals will be for mental health.”

A total of 269 psychiatrist colleagues of James have written a letter to their MP highlighting their concerns over the dire state of mental health hospitals. They have also issued a warning that the number of people requiring mental health support is unlikely to fall to pre-pandemic levels. Data shows record numbers are seeking help while NHS staff are struggling to deal with the huge backlog of care.

The Covid crisis has led to a wave of new or worsening cases of mental ill-health. Mental healthcare has also deteriorated during the pandemic, with people not getting the support they need and not knowing where to turn in a crisis, which has itself further damaged some people’s mental health.

The most recent survey from the Care Quality Commission (CQC) of 17,322 people who used NHS community mental health services in England in 2020 and 2021 found people’s experience of some areas of care is at its lowest point for eight years.

While the NHS estate as a whole needs urgent attention, mental health facilities are in greater need than most, says the letter from psychiatrists to MPs. “In comparison with the general acute estate, nearly twice as much of the mental health estate in use today was built prior to 1948.

“These crumbling NHS buildings, with leaking roofs and faulty equipment – paired with the inability to implement Covid safety measures such as social distancing – are endangering patients and hindering their recovery.”

According to the most recently available NHS data, the “high risk” maintenance backlog across mental health and learning disability sites increased by 34% compared with the previous year, and by 336% compared with four years ago, the college said.

One retired psychiatrist told their MP: “Do you realise that over my professional life the availability and quality of psychiatric inpatient facilities in the UK have deteriorated drastically?

“Many people wrongly imagine that ‘things must be getting better’ but the opposite is the case. Only serious action by government can end this slide into a total failure to provide care for people with severe forms of mental ill-health.”