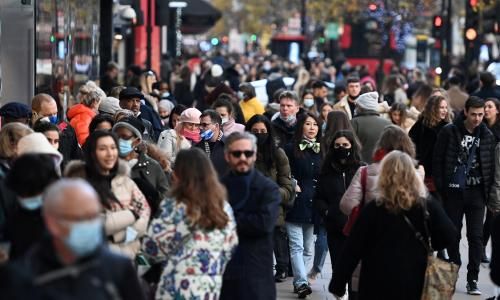 Crowded scenes on the first weekend of Christmas shopping after the easing of lockdown in England have prompted fears about a lack of social distancing and the risk of spreading coronavirus.

Despite overall footfall being down on the same period last year, images emerged on Sunday of busy high streets with shoppers standing close together, and a Christmas market in Nottingham had to be shut down within 24 hours of opening. In addition four people were arrested as a crowd tried enter Harrods in the West End in London.

The Nottingham market was shut on Sunday after an outcry over pictures shared on social media showing hundreds of people crammed together at the event the previous day, despite the city being placed in the highest tier of coronavirus restrictions earlier in the week.

The organiser, Mellors Group, said it had made the decision to temporarily shut the market because of unprecedented high footfall, saying: “The pent-up demand for a city centre offer was far higher than normal and we feel this is the most appropriate way forward.”

Several people questioned why the event had been allowed to go ahead while the hospitality industry faced strict restrictions. Similar events in Birmingham and Manchester have been cancelled. Markets are allowed to trade under the tier 3 restrictions, but bars, pubs and restaurants are take-away only.

Nottinghamshire police said officers remained at the market to disperse large crowds gathering in the vicinity.

Meanwhile, hundreds of people were photographed crowding outside Harrods department store on Saturday afternoon, prompting similar criticism about a lack of social distancing and masks. 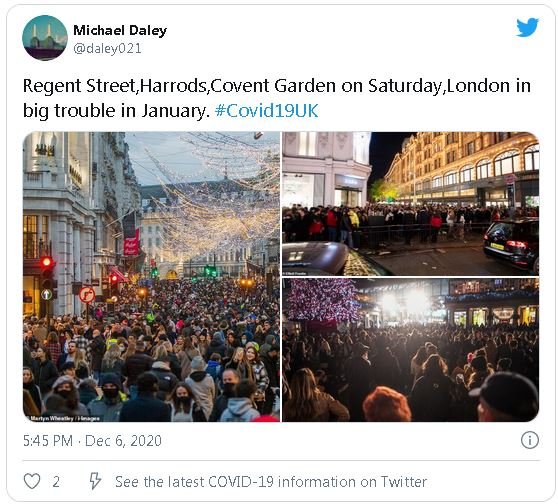 The Metropolitan police said officers had been called to the shop around 1pm to “reports of a large group of people attempting to enter a shop”. The force said four males were arrested, including two for a breach of Covid regulations.

The chaotic scenes came despite warnings from scientists about the risks associated with gathering indoors, with one government scientist saying that Christmas shoppers should not spend longer than 15 minutes in one shop.

Sage adviser Prof Lucy Yardley told Times Radio: “The rule that is useful for contact tracing is that if you spend 15 minutes with somebody closer than 2 metres, then you have definitely had a potentially infectious contact with them.”

Social media was also flooded with images of crowds of Christmas shoppers in Regent Street and Covent Garden in London.

Despite the packed scenes in some part of the country, visitor numbers to high streets and shopping centres were down by more than a third on this time last year.

Figures from retail analyst Springboard showed that although more than twice as many people visited UK high streets than on the previous Saturday, numbers remained 38% down on the first Saturday in December last year.

The West End in London and shopping centres in England experienced the biggest jumps in visitors, with footfall up 140% and 173% respectively compared with last weekend, but again below 2019’s figures. 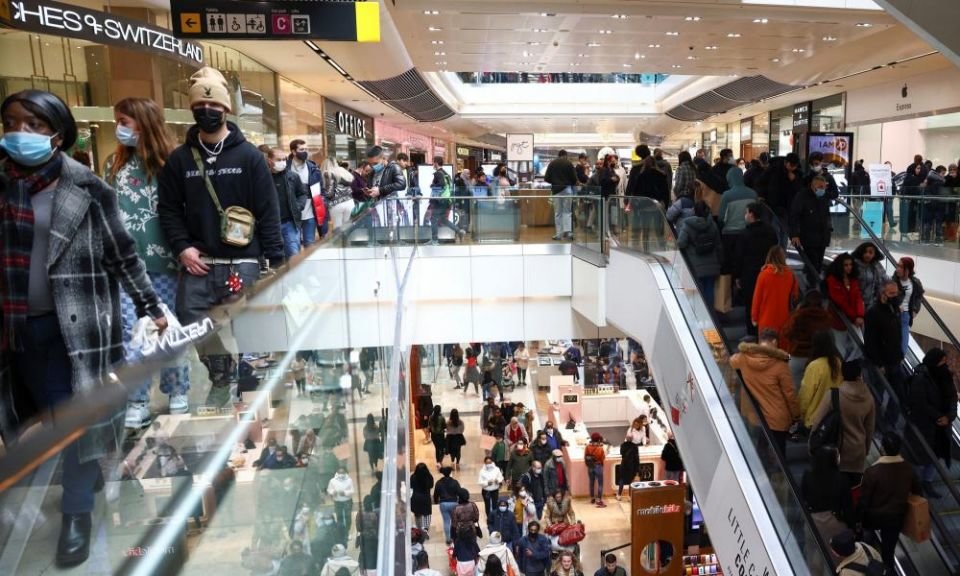 Only retail parks, found predominantly on the edges of towns and reached by car, were roughly in line with last year’s figures, down just 7% from 2019 on Wednesday when the national lockdown rules were loosened, and 2% higher than last year on Saturday.

Diane Wehrle, Springboard’s marketing and insights director, said there were positive signs nonetheless, with numbers 63% higher than on 20 June, the first Saturday after the UK’s initial lockdown ended. 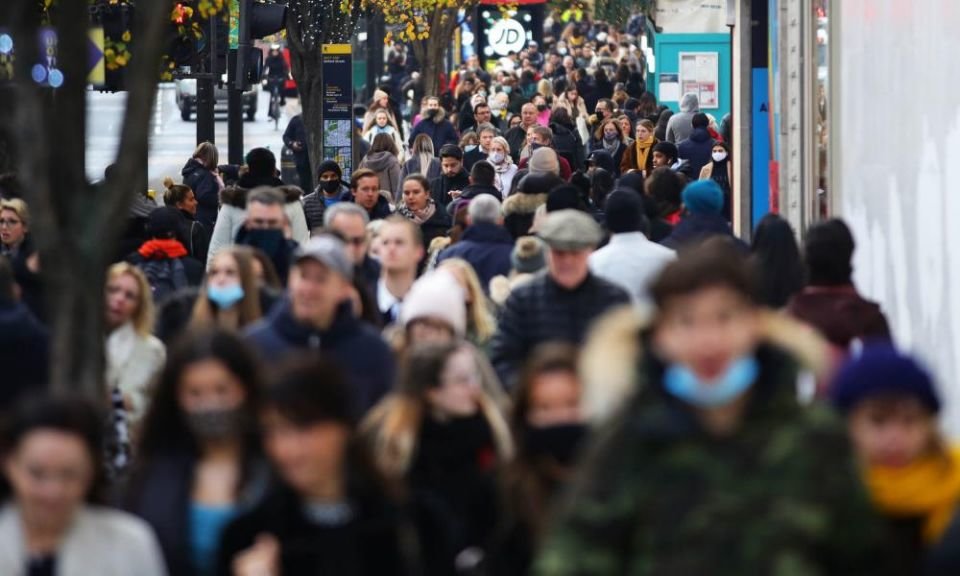 Shoppers gather on Oxford Street in London on the first Sunday after the end of the second national lockdown in England.

She said there was “huge pent-up demand”, adding: “Consumers are keen to visit retail stores again, particularly to experience the excitement of Christmas, and they have become accustomed to the new normal that involves wearing face masks in stores and queuing in order to adhere to social distancing rules which we were not all comfortable with in June.”

Others said lost trading days and retailers’ attempts to woo shoppers with pre-Christmas sales could mean further business collapses in 2021. The level of insolvent debt in retail has grown by 48% in 2020 to £87.6m, far ahead of levels in the wider economy, according to analysis from Red Flag Alert.

Its managing director, Mark Halstead, said: “The situation for the retail sector is extremely bleak and it’s entering a vicious cycle. Many companies are operating with substantial losses and increased debt, and for many it won’t take much to tip them into insolvency.

“In January, quarterly rents are due, government Covid support measures start to end and the post-Christmas lull hits. We expect this to trigger a wave of retail failures.”