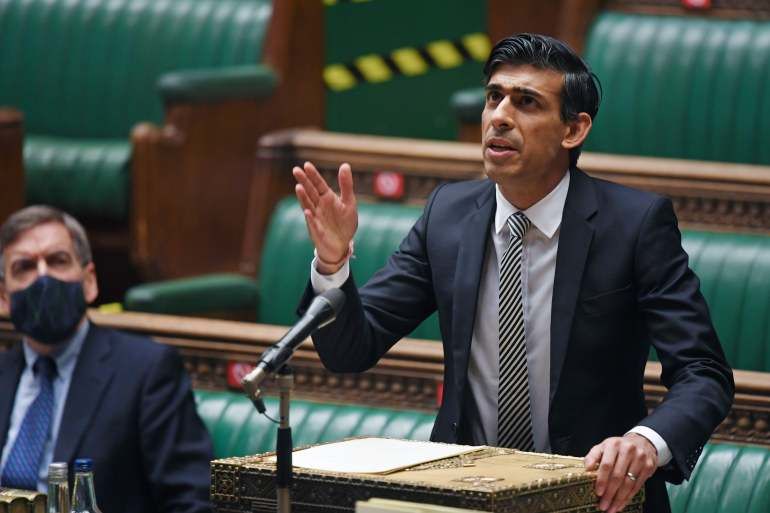 Chancellor Rishi Sunak has rejected claims his plans to claw back the cost of coronavirus support will hit the poorest hardest.

Mr Sunak extended furlough until September in Wednesday's Budget and set out measures to protect business as the UK emerges from lockdown.

But he also announced major changes to tax - including a freeze on personal allowances.

But Mr Sunak insisted no-one's take-home pay would be lowered and the threshold freeze would hit those on higher incomes more.

The chancellor also plans to cut about £4bn from the budgets of government departments - leading to opposition warnings about a fresh round of spending cuts.

The Treasury says the cut is due to a forecast of lower inflation but the Institute for Fiscal Studies think tank said the reduction "would still cause pain".

IFS director Paul Johnson said: "This isn't just a mechanical change and presenting it as such means the chancellor isn't really levelling with people about the choices the government is making to repair the public finances."

Spending on the NHS, schools and defence is protected, which means the £4bn cut will "fall entirely" on local government and other areas, Mr Johnson said.

"Take account of the cuts to planned spending announced in the Autumn and Santa Sunak, purveyor of billions today looks more like Scrooge Sunak cutting spending and raising taxes to the tune of nearly £50bn relative to his pre-pandemic plans of March 2020," he added.

Mr Sunak's tax threshold freeze means about 1.3 million people will start paying income tax for the first time - and about 10% of adults will be dragged into the 40% top rate.

Mr Sunak told the BBC the freeze was a "progressive" move which would ensure the people that earned the most paid the most adding "it is a fair way to do what we need to do". 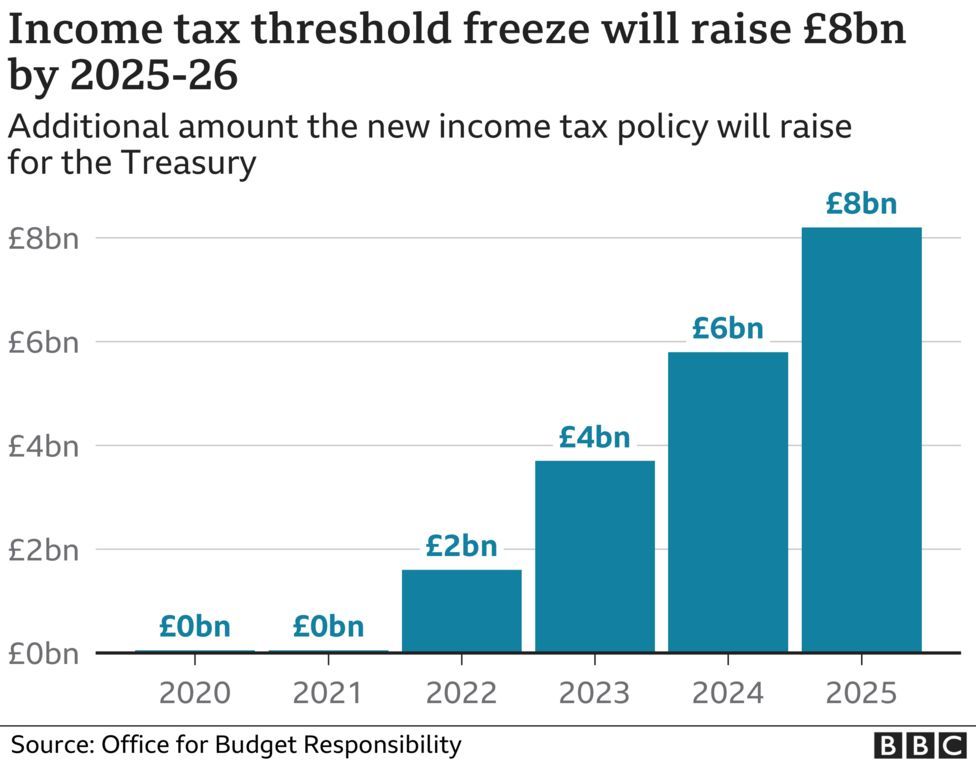 He said: "People's current take home pay won't be affected by this policy but it does mean the incremental benefits they would have experienced had the thresholds continued to rise with inflation won't be there."

During his Budget, Mr Sunak announced that a weekly £20 increase in universal credit - introduced last year to help those hit financially by the coronavirus pandemic - would end in September.

Two left-leaning think tanks, The Joseph Rowntree Foundation and the Resolution Foundation, said the move would bring the incomes of benefit recipients down to levels not seen since the early 1990s.

Universal credit and income tax - as well as strains on government departments - are all going to cause issues for the government.

But social care is a real Achilles Heel. It's no good saying it's a problem all governments have failed to deal with. We have had a Conservative government for a long time now.

Most can agree, behind the scenes in government, it is time for a change.

Some in Westminster are also asking if raising corporation tax in 2023 points to an election that year.

One cabinet minister told me on Wednesday "no comment" when I asked if the 25% corporation tax would ever come into force.

They are going to have to raise an awful lot of money somehow, but it's hard to see where the economy will be in 2023, let alone in a few months' time.

Labour's shadow chancellor Anneliese Dodds warned that "low-income families could be seeing a very difficult time in the future".

She also expressed concern that the government would be "planning to switch off its increase in social security right at the time when we anticipate a peak in unemployment".

"That is not a sensible approach to take," she added.

Mr Sunak says the total package of measures to support the economy - including those previously announced - amounted to £407bn.

But he warned that this unprecedented spending could not continue.

His other big money raising move was to increase the tax on company profits from 19% to 25%, although it will not kick in until 2023 and smaller firms will be exempted.

Confederation of British Industry director-general Tony Danker said the rise in corporation tax would "cause a sharp intake of breath for many businesses and sends a worrying signal to those planning to invest in the UK". 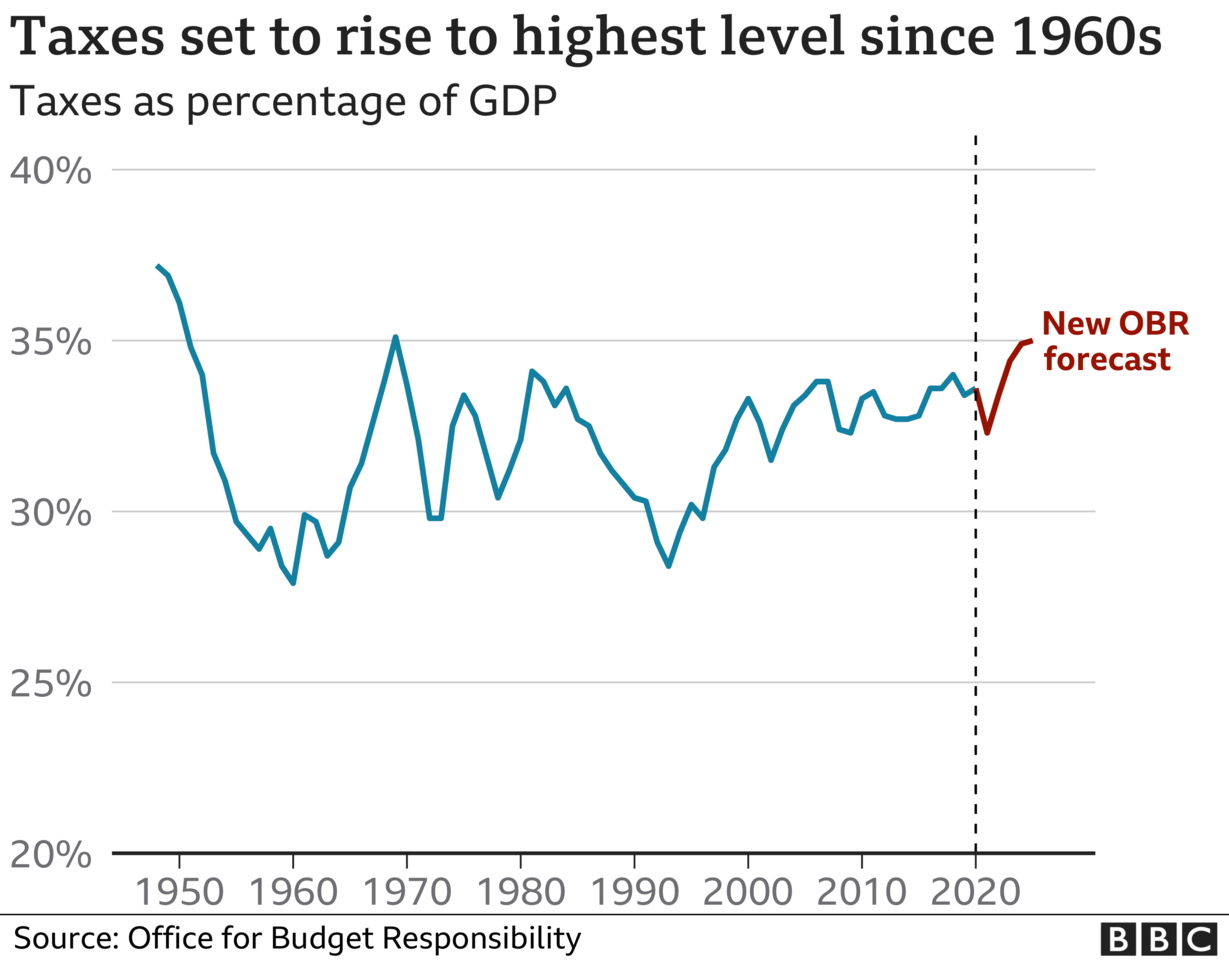 The government's own watchdog, the Office for Budget Responsibility, said the overall tax burden on the UK would hit 35% of national income by 2025-26, the highest level since the 1960s.

Mr Sunak told the BBC it was "important we get our borrowing under control" - and the UK would still have the lowest corporation tax rate in the G7 group of industrialised economies.

His has also faced criticism for failing to mention social care - an area where an existing funding crisis has been made more acute by the pandemic.

In 2019, Boris Johnson said he had ready a plan to fix social care but asked why it was not included in the Budget, Mr Sunak said the government was trying to find a "cross-party solution".

He said it was important to "build consensus" on the long-term future of social care but added that "right now our focus is the pandemic".

Labour said ministers had not contacted them concerning any such plan.