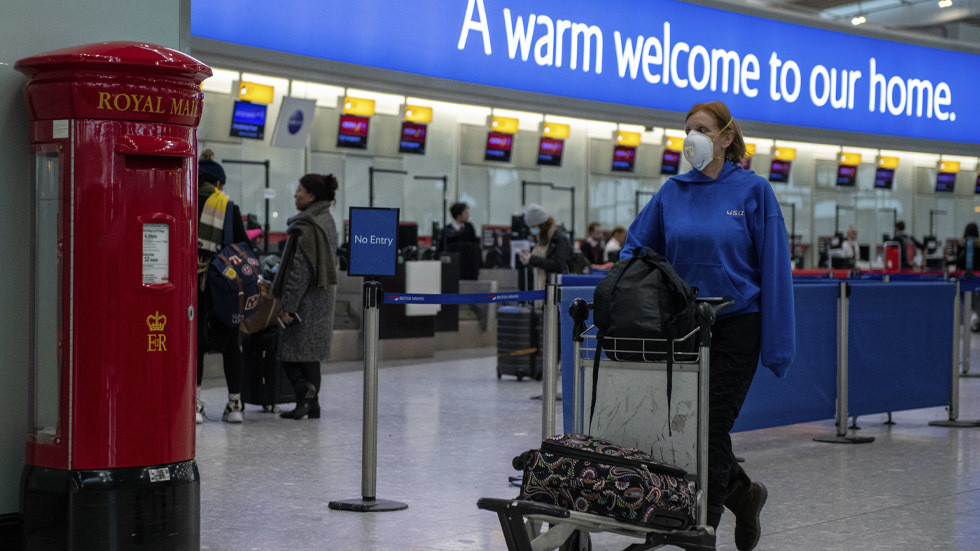 George Eustice, the UK minister for environment, food, and rural affairs, revealed on Tuesday that the government has no confirmed partnerships with any hotels for mandatory quarantining just days before it's set to begin.

On ITV's Good Morning Britain, after Piers Morgan asked Eustice how many hotels have partnered with the government for the mandatory quarantine, the minister said that discussions had only started last Thursday and are “still ongoing," despite the fact that quarantine hotels are supposed to be mandatory for people entering the UK from certain countries by Monday – less than a week's time.

As Eustice repeatedly dodged Morgan's question as to whether the government has signed up a single hotel so far, he eventually admitted, “At the moment my understanding is no.”

“Why has it taken six, seven weeks to even start a conversation with hotel chains given there was this new strain from South Africa,” Morgan, astonished, asked, and pointed out that similar hotel quarantines have “been happening in other countries around the world for months and months and months.”

Eustice also came under fire from Morgan's co-host Susanna Reid, after Eustice said there is currently no way to know whether recent arrivals in the UK are quarantining as they've been instructed. “You actually don't have a clue, do you, as a government how many people are adhering to quarantine,” she pointed out.

A spokesman for Prime Minister Boris Johnson had previously told reporters that the government had not yet issued any “formal contracts” for the quarantine hotels.

Brits expressed shock on social media over how ill-prepared the UK government has been in tackling the coronavirus, calling it “shameful,” a “disgrace,” and “total shambles.”

“If it wasn't so tragic – this interview sounds like a laughable parody of how a government shouldn't behave,” reacted behavioural psychologist and author Jo Hemmings, while another Brit questioned why they had to “stay in” and close down their business “when the government cannot do what every other country has done.”

The government announced the implementation of quarantine hotels in late January as part of its increased border controls to stop the spread of Covid-19. Arrivals from countries on the government's coronavirus watch list will have to spend 10 days quarantining at an approved hotel.

Morgan himself came under fire last month after he admitted to taking his family on a luxury Christmas holiday to the Caribbean as other Brits were forced to stay in and away from friends and family during the government's Tier 4 lockdown. Morgan had previously lectured Brits about non-essential travel on his show, and told them to celebrate the holidays with “virtual church services" and “virtual meals.”