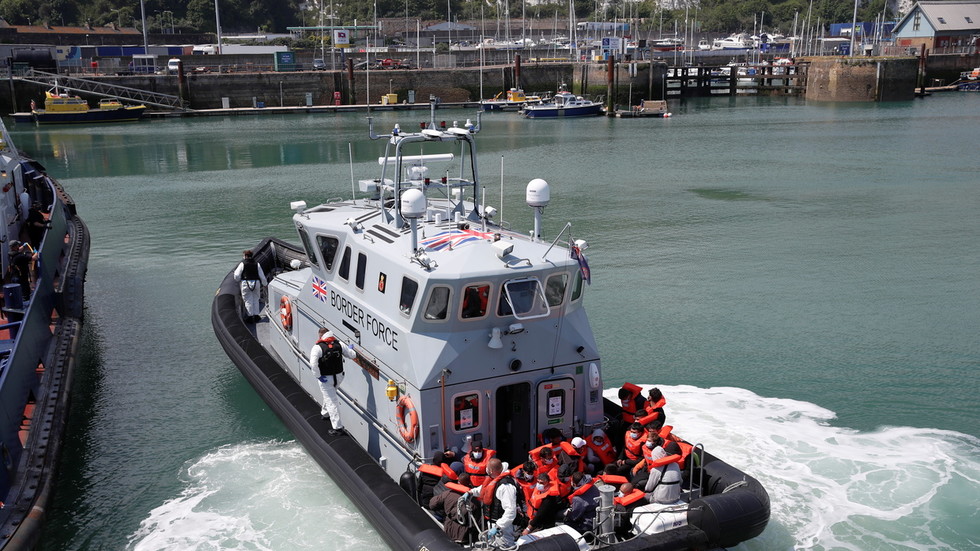 Britons shocked by new migrant crisis as 430 arrive on English shores in 1 day, a new record

Many Britons have questioned why the country is facing another migrant crisis after 430 asylum seekers landed on British shores on Monday, just months after the UK finally took back control of its borders from the EU.
The Home Office has said that at least 430 migrants crossed the English Channel from France on Monday with Britain’s heatwave providing ideal crossing conditions.

The figure marks a new daily record for migrant crossings in a single day and sees the total number of crossings this year nearly surpass the number registered in the entirety of 2020. The near 8,000 crossings so far in 2021 are around four times more than what was seen in all of 2019.

Continuing its tough rhetoric on Channel crossings, the Home Office told the BBC it was taking “substantial steps to tackle the unacceptable problem of illegal migration.”

Home Secretary Priti Patel has vowed to make illegal migration a thing of the past. The Nationality and Borders Bill, which has completed its second reading in the House of Commons, seeks to make illegal entry to the UK a crime punishable with four years in prison.

In late 2020 and earlier this year, the UK Home Office came under intense scrutiny after reports in the media about plans to send asylum seekers to far-flung British territories, including Ascension Island and even disused oil rigs.

However, Britain’s plans to take back its borders, a slogan and policy enabled by Brexit, is yet to come to fruition, angering many in the UK. Some took to Twitter to register their dismay at the number of dinghies landing on British shores on Monday.

“For all those looking to immigrate to the UK. It is a lot cheaper and faster to simply cross the channel,” one person wrote ironically on Twitter, adding that they could bypass NHS fees and other requirements for migration.

Another person asked why the government was ‘taking away her freedom’ with the introduction of vaccine passports, but these migrants could illegally enter Britain with “impunity.”

However, not everyone was angry, some pointed out that the UK had the capacity to care for these people while another said she felt sorry for them, coming all the way to the UK to find they’re “treated like animals.”

Speaking on Monday evening during his first-ever show on GB News, Brexiteer Nigel Farage said that migrant crossings would once again become the biggest non-coronavirus story in the news this summer.

Farage struck a foreboding tone, warning once again about the costs and risks of illegal migration to the UK and the need for reform in the asylum system.
#Nigel Farage  #Priti Patel  #Coronavirus  #vaccine
Add Comment