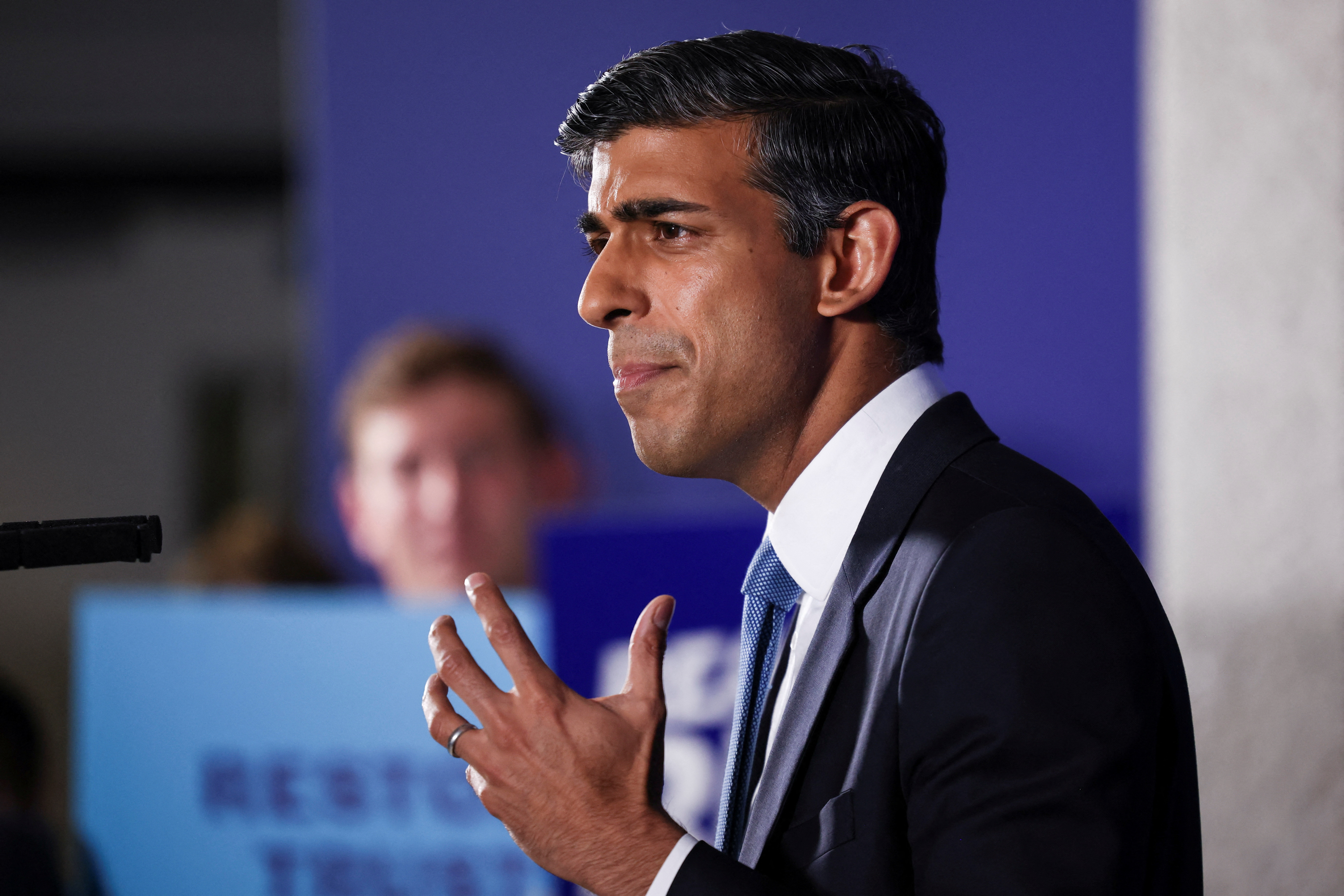 Writing in 'The Daily Telegraph', Sir Robert Buckland said he now believes Liz Truss is the "right person to take the country forward" and that her plans are the best shot for the UK to reach its potential.
A senior Cabinet minister who was backing Rishi Sunak in the UK prime ministerial contest on Saturday became the first high-profile figure to switch sides to the opposing camp of Foreign Secretary Liz Truss.

Writing in 'The Daily Telegraph', Sir Robert Buckland said he now believes Liz Truss is the "right person to take the country forward" and that her plans are the best shot for the UK to reach its potential as a "high-growth, high-productivity economy".

The minister said he had initially backed Rishi Sunak because he felt that, during the initial parliamentary rounds where Conservative Party's Members of Parliament (MPs) decided on the final two candidates, the former Chancellor was "embodying what we needed".

"As the campaign has moved on, and as I have listened carefully to both candidates, I have thought deeply about the issues that move me and what I want to see the next Prime Minister doing," writes Robert Buckland.

"Changing your mind on an issue like this is not an easy thing to do, but I have decided that Liz Truss is the right person to take the country forward," he said.

The defection comes on the back of surveys that show Liz Truss in a clear lead over her British-Indian contender in the race to succeed Boris Johnson as the Tory leader and prime minister. During such leadership contests, members of Parliament often pick their endorsements with an eye on a ministerial post in the new leader's Cabinet.

Robert Buckland writes: "I know both candidates well and have worked with them in government and in Cabinet... I have looked at ideas and principles first, and personalities second.

"Her (Liz Truss) plans give us our best shot at reaching our potential with the high-growth, high-productivity economy that we need not only to get us out of this crisis but to protect ourselves from the next." It is in marked contrast to the comments he made in a video a month ago when he publicly endorsed Rishi Sunak: "Now is the time for serious leadership, that is why I am proud to back Rishi Sunak as our next Prime Minister." Meanwhile, Deputy Prime Minister Dominic Raab - one of Rishi Sunak's high-profile and ardent supporters - told 'The Times' that Liz Truss' plans were not credible for the country and claimed that while the Foreign Secretary "zigzagged" on issues, Rishi Sunak has remained consistent and clear with his vision.

"Being honest, levelling with the country, is really important given the erosion of trust in politicians and the circumstances around the departure of Boris Johnson. If we're going to deliver the country through difficult times we need a Prime Minister who has been very clear about the challenges ahead," he tells the newspaper in an interview.

Addressing one of the key attacks during the on-going campaign that the former Chancellor betrayed Boris Johnson by resigning from his Cabinet last month and speeding up his former boss' exit from 10 Downing Street, the senior Cabinet minister is adamant that Rishi Sunak took the right step.

"Anyone who thinks Rishi Sunak stabbed Boris Johnson in the back is kidding themselves. Liz Truss was doing lots of groundwork with her Fizz for Liz (dinners with MPs) for months on end," said Raab, who is also the Justice Secretary.

"Rishi worked very hard to make the relationship with the Prime Minister work, he's explained why in the end he couldn't stay. I'm saying that as someone who was staunchly loyal to the PM," said Raab.

Raab also defended the UK-born Indian-origin former finance minister over attacks on his personal wealth and that of his wife Akshata Murty, daughter of Infosys co-founder Narayana Murthy.

"The blatant sexism underlying the critique is astonishing. I'm surprised in the 21st century we're still hearing these kinds of things. She (Murty) paid all her tax that was due. We should be championing female entrepreneurs who have been as successful as her. She's a great role model for women and for those from ethnic-minority backgrounds who want to live the British dream," he said.
#Boris Johnson  #Dominic Raab  #Johnson  #Raab
Add Comment