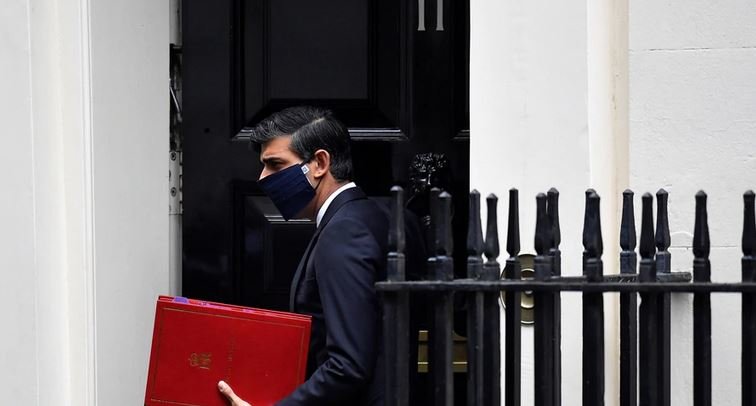 Britain’s finance minister Tuesday defended the government's localized three-tiered approach to fighting the spread of COVID-19 in the country, saying another national lockdown would carry too heavy a cost.
Finance Chief Rishi Sunak, also known as the Chancellor of the Exchequer, spoke to the House of Commons Tuesday about the government’s approach and said the government did not rule out tougher restrictions.

But when opposition party members called for a temporary two-week “circuit breaker” lockdown — as suggested last week by Britain’s Scientific Advisory Group for Emergencies (SAGE), Sunak asked the members to “acknowledge the stark reality” of the economic impact of such a lockdown.

He said the circuit breaker lockdown would cause unnecessary pain and suffering on those in parts of the country where the virus prevalence is low. A localized approach is the best approach," he said.

Johnson’s plan includes areas classified as medium, high or very high virus risk. In the top tier, pubs must close, and people are barred from mixing with members of other households. So far, only the Liverpool and Lancashire regions of northwest England have been placed in Tier 3, the highest level.

Nearby Greater Manchester, with a population of almost 3 million, has been holding out for more support for workers and businesses affected by the restrictions.

Meanwhile, governments in Northern Ireland, Scotland and Wales, which control their own health policies, are taking strong steps.

Wales has the strictest plan, imposing a two-week “firebreak” lockdown starting Friday which will close all nonessential businesses and ban most trips outside the home.

In Scotland, pubs and other leisure facilities are closed, and sports and live events are banned in the largest cities of Glasgow and Edinburgh, with slightly less stringent restrictions elsewhere.

Northern Ireland has closed schools for two weeks, banned most social gatherings and shut down many businesses, including bars and restaurants for a month.
#COVID-19  #Covid  #Coronavirus  #Boris Johnson
Add Comment