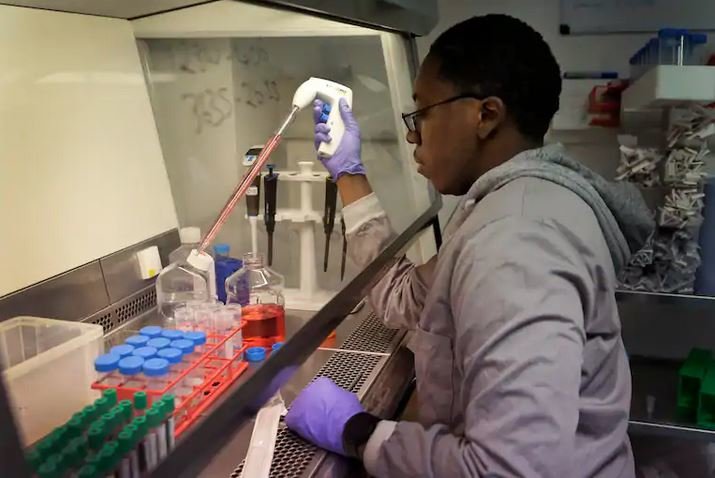 British scientists said Tuesday they will launch the world's first human challenge trials for covid-19, in which healthy volunteers will be deliberately infected with the coronavirus in hopes of further speeding the drive to a vaccine.

The research, led by scientists at Imperial College London and funded by the British government, is a gutsy gambit, given that people will be submitting themselves to a deadly virus with no surefire treatment.

The United States is moving more cautiously, with leading government researchers saying human challenge trials might be too risky or unnecessary. But the British scientists say the potential payoff is massive — that accelerating vaccine development by even three months could save hundreds of thousands of lives globally.

The British experiment is scheduled to begin in January. Volunteers will have a purified, laboratory-grown strain of the live virus blown into their noses, while quarantined in a 22-bed biosecure unit at the Royal Free Hospital in London, where they will undergo daily, even hourly, tests over two to three weeks.

The initial phase of the study, involving fewer than 100 healthy young adults between ages 18 and 30, will seek to determine the minimal amount of virus necessary to cause an active, measurable infection in their upper respiratory system.

Later in the spring, the scientists hope to enlist more volunteers, who will be inoculated with promising vaccines and then exposed to the virus to see how well the vaccines protect them.

Andrew Catchpole, chief science officer for hVIVO, a commercial pharmaceutical company that will recruit the volunteers, manufacture the challenge strain of the virus and run the challenge trials, told The Washington Post it is not yet known which vaccines will be tested.

The British government has hedged its bets on vaccines still under development, signing an agreement for 100 million doses of a vaccine being tested in trials by Oxford University and AstraZeneca, as well as inking deals with Pfizer, Sanofi and Valneva.

The safety data gained from large Phase 3 trials will still be essential to show the vaccines are ready to be deployed in large populations. But the British government hopes challenge trials will help accelerate the study of vaccines in mid-stages of development and allow for head-to-head comparisons.

Business Secretary Alok Sharma said Tuesday: “The funding announced today for these ground-breaking but carefully controlled studies marks an important next step in building on our understanding of the virus and accelerating the development of our most promising vaccines, which will ultimately help in beginning our return to normal life.”

Christopher Chiu, an Imperial College immunologist who will be one of the lead investigators, said the trials would be able to tell within 10 weeks how effective a coronavirus vaccine is. By contrast, studies that rely on chance exposure, rather than deliberate infection, can take months and tens of thousands of inoculations to prove efficacy.

Challenge experiments have a long history in biomedical research, dating to Edward Jenner’s development of a smallpox vaccine in 1796. In the modern era, challenge trials have been used extensively to study and find treatments for influenza, malaria, typhoid, dengue fever and cholera.

Covid-19, though, is different. Without a medication to reliably “rescue” volunteers from the disease, many scientists are hesitant to infect people. 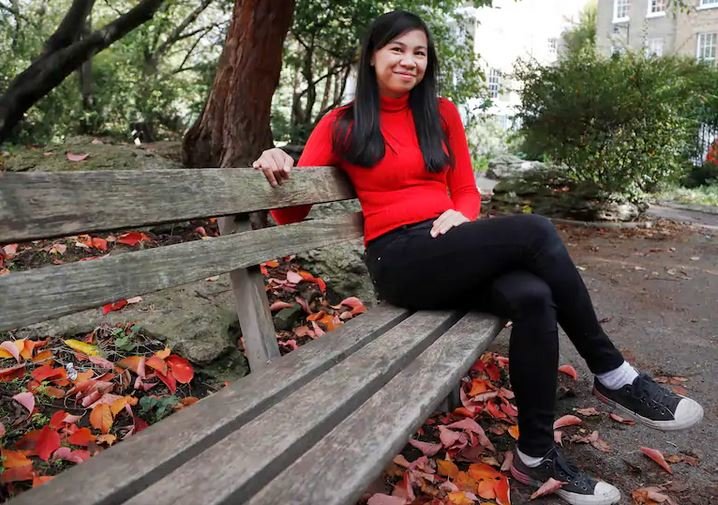 Danica Marcos, 22, is among the healthy young adults hoping to volunteer in the challenge trials.

Although physicians have more treatments for hospitalized patients than they did at the beginning of the coronavirus pandemic, there isn’t yet an approved drug to stop recently infected people from developing a severe case of covid-19, the disease caused by the virus.

The challenge trial participants will be given the antiviral drug remdesivir, which President Trump took when hospitalized this month for covid-19 and which has been approved or authorized for temporary use to treat covid-19 in more than 50 countries. The World Health Organization, however, recently reported that in large clinical trials in 30 countries, remdesivir had no substantial effect on mortality. That study has not yet been peer-reviewed.

There is also growing evidence that some people develop long-lasting complications from covid-19. But not much is known about how to predict who will go on to be a covid-19 “long-hauler” or how permanent those symptoms are.

“Young people are not immune from that outcome,” Francis Collins, director of the National Institutes of Health, told The Post last week. “Is it actually justifiable to intentionally infect anybody — no matter their current health status? I think that’s a very open question, ethically.”

Nonetheless, more than 38,000 people have indicated a willingness to volunteer by signing up with vaccine advocacy group 1Day Sooner.

He said for healthy young people like himself, “the risks are low and the potential benefits huge.”

Young people don’t want to be living in world constrained by the pandemic any longer than they must, he said. They also want to help older generations that are more susceptible to serious cases of covid-19 — although some scientists question whether the experience of a healthy 20-something in a challenge trial can predict how an elderly person with high blood pressure would fare.

Fraser-Urquhart suggested volunteers should be paid for their time — maybe $5,000 for a few weeks in quarantine and a year’s worth of follow-up tests.

“There shouldn’t be any out-of-pocket cost, nor should there be financial incentive,” he said.

He added that the British government deserves credit “for going where no one wants to go. Which is to be the first to try.”

If a clinical subject became seriously ill or died in the British challenge trials, the scientists, pharmaceutical companies and the government could be blamed and condemned as reckless. Public support for clinical trials and for new vaccines could also take a hit.

Peter Openshaw, an immunologist at Imperial College London and a co-investigator on the study, said, “Deliberately infecting volunteers with a known human pathogen is never undertaken lightly.”

But, “it is really vital that we move as fast as possible toward getting effective vaccines and other treatments for covid-19, and challenge studies have the potential to accelerate and de-risk the development of novel drugs and vaccines.”

The challenge trial model will be reviewed before launch by a specially convened ethics committee and Britain’s Medicines and Healthcare products Regulatory Agency, its version of the U.S. Food and Drug Administration. Volunteers would then have to sign extensive informed consent documents.

Dominic Wilkinson, a professor of medical ethics at the University of Oxford, noted that volunteers would be increasing their risk but not starting from zero — they would be exposed to a strain of the coronavirus already circulating widely in Britain, especially among young people.

With that in mind, he said, the need for human challenge trials is clear.

“You might get a vaccine or you might learn which vaccine is most efficient,” he said, at a time when thousands are dying around the world every day. The worldwide coronavirus death toll has passed 1.1 million.

In the United States, the government has been funding researchers at Colorado State University to develop a potential challenge strain of the coronavirus that could be used if such experiments become necessary.

Creating a challenge strain takes several months, and with several large U.S. vaccine trials projected to reach a decisive milestone that will show whether the vaccines are working by the end of this year or early next year, many scientists said the resource is not likely to be needed.

“My own view is the need for this seems even less likely than it did a few months ago,” said the NIH’s Collins. “The idea of needing to prepare for that was to face the possibility the viral pandemic might actually fade away and there wouldn’t be enough disease spreading in the community.”