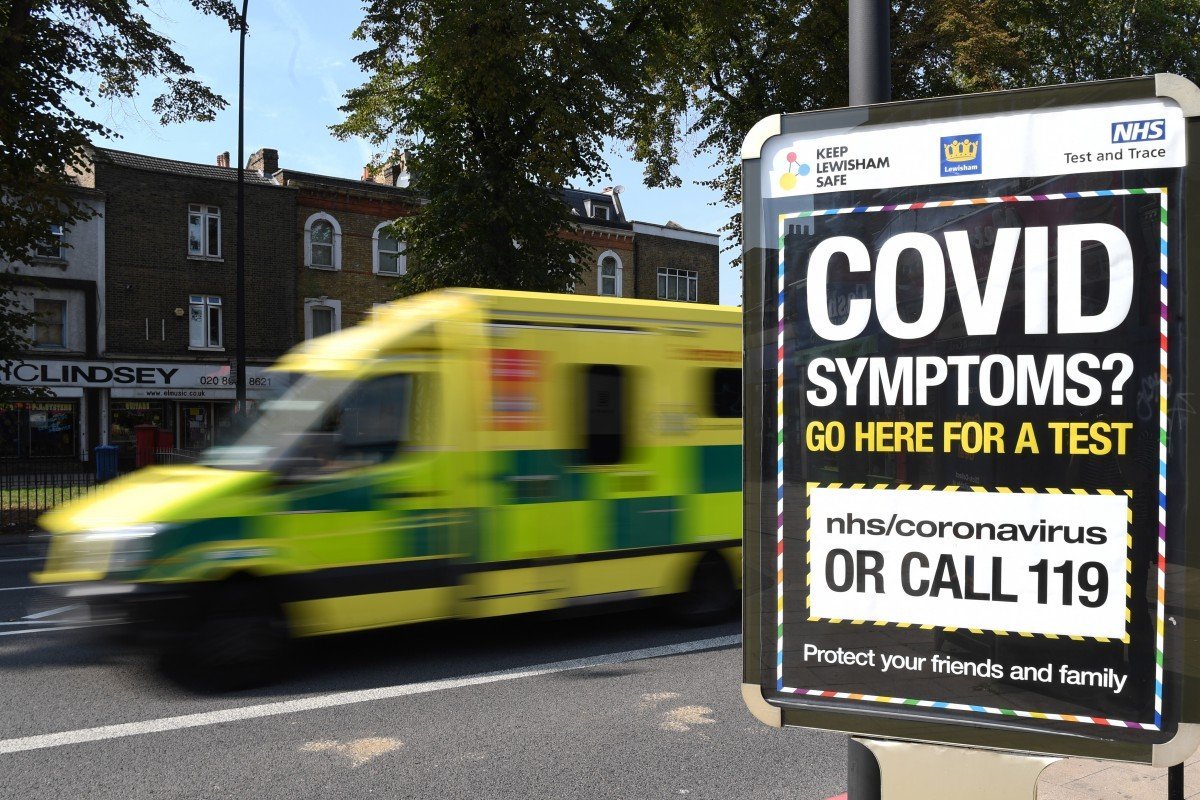 UK government admits ‘record’ demand for coronavirus tests was posing problems. Britain faces a new wave of infections after a resurgence in the virus in recent weeks.

Every Thursday evening between March and July, the British public faithfully turned out on their doorsteps to clap for the National Health Service “heroes” on the coronavirus frontline. Rainbow signs that read “Thank You NHS” still festoon the country.

Almost 650 health workers have died from Covid-19, a death toll topped only by the US and Mexico, according to Amnesty International.

Now the NHS faces more strain heading into winter because of a shortage of Covid-19 tests – a system Prime Minister Boris Johnson had promoted as “world-beating”.

A much-touted smartphone app to help trace people was also yet to launch in England.

Inadequate testing was leading to increased absences in the NHS as medical workers are forced to self-isolate while they and their family members wait for test results after possible exposures, according to NHS Providers, a group that represents hospitals.

“My sister works as a doctor at Barts Hospital,” said East London shop owner Zak Rahman. “Her colleagues think she has tonsillitis and Covid, but they told her there were no tests available so go home and self-isolate. It’s a joke isn’t it?”

In the Houses of Parliament, on Twitter, on the radio and at local coffee shops, Britons are swapping stories about difficulties booking a coronavirus test, with some being advised to travel great distances from their home to get one.

“I am receiving numerous complaints from residents unable to book a test after displaying Covid symptoms,” tweeted Lindsay Hoyle, Speaker of the House of Commons and normally a Johnson loyalist. “This is completely unacceptable and totally undermines track and trace, so I have raised my concerns with ministers to push for action to be taken as a matter of urgency.”

Britain, which has been the worst-hit country in Europe registering nearly 42,000 deaths, has seen a resurgence in the virus in recent weeks.

It has forced the government to bring in tough new restrictions on public gatherings to prevent the virus from spreading further. England this week limited social gatherings to no more than six people.

According to government statistics, more than 225,000 tests on average were carried out daily, while capacity was at nearly 375,000 tests per day on September 10.

Because of the surge in demand for tests, the UK government has promised to increase capacity and urged people only to get a test if they were showing symptoms.

“[Some] have been advised that if they put an Aberdeen postcode into the system, they can get a test in Twickenham. And they have succeeded,” Liberal Democrat MP Munira Wilson told Health Secretary Matt Hancock in a heated debate in Parliament on Tuesday.

The distance between Aberdeen in Scotland and Twickenham, a suburban town in southwest London, is more than 640km.

More than 3,000 new cases were recorded on three consecutive days over the weekend, for the first time since May, leading to rumours that bars and restaurants could again be forced to close.

According to an investigation by LBC radio station on Monday, there were no mobile or drive-in tests available at any of the top 10 Covid-19 hotspots in England, including Manchester, the third largest city.

It was also reported that a backlog of 185,000 swab tests were sent for processing in laboratories in Italy and Germany.

Hancock insisted that capacity for testing was “at a record high” and 9,278 tests were carried out on Monday in the country’s worst-hit areas.

“I don’t deny that it is an enormous challenge and when you have a free service, it’s inevitable that demand rises,” Hancock said.

But the person responsible for the so-called NHS Test and Trace, Dido Harding, was nowhere to be seen.

When she was appointed to the job last May, Harding said the system would be ready by autumn. Johnson had earlier promised a “world-beating” system by June 1.

Harding is the former chief executive of telecommunications company TalkTalk and the wife of a Conservative MP John Penrose, head of the right-wing 1828 pressure group that wants the NHS to be privatised.

The NHS Test and Trace programme is not run by the NHS, but by a consortium of universities and private companies. The bottleneck in the testing programme appears to be in the diagnostic “lighthouse” laboratories rolled out by the accountancy firm Deloitte. 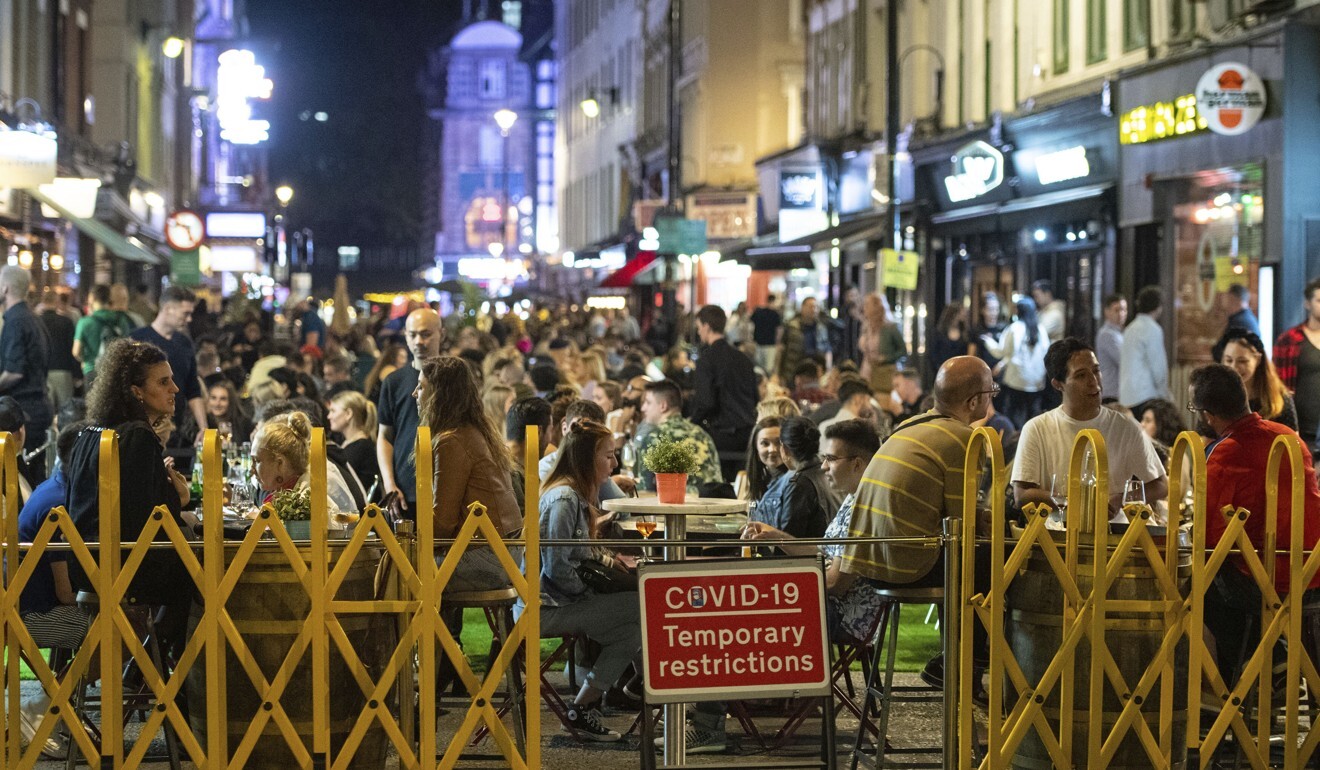 People enjoy a night out in Soho in London's West End on Saturday before the introduction of new social distancing rules.

The trace programme is run by two companies, Sitel and the multinational outsourcing firm Serco, whose chief Rupert Soames is the grandson of Winston Churchill and brother of MP Nicholas Soames.

Serco, which runs the cleaning services of three Hong Kong hospitals, was responsible for recruitment for the track and trace system and was the biggest recipient of government funds for its Covid-19 response programme.

Last year the company, which has around 60,000 employees worldwide, was fined £19.2 million (US$24.7 million) for fraud and false accounting over its electronic tagging service for the Ministry of Justice. Serco also runs the notorious Yarl’s Wood Centre, where there have been complaints of female immigrant detainees subjected to sexual abuse.

According to Financial Times, Serco secured government contracts worth about £157 million between February 1 and September 7, the highest figure of a total of 127 contracts worth £1.27 billion.

“We have a system almost carried out entirely by big multinational private companies which has turned out to be a complete failure,” said John Lister, a doctor and campaigner for Keep Our NHS Public. He said there was a network of 40 NHS laboratories “that could have been tooled up to do large amounts of testing”. Lister said the reason this didn’t happen appeared to be based more on the government’s ideology than efficiency. 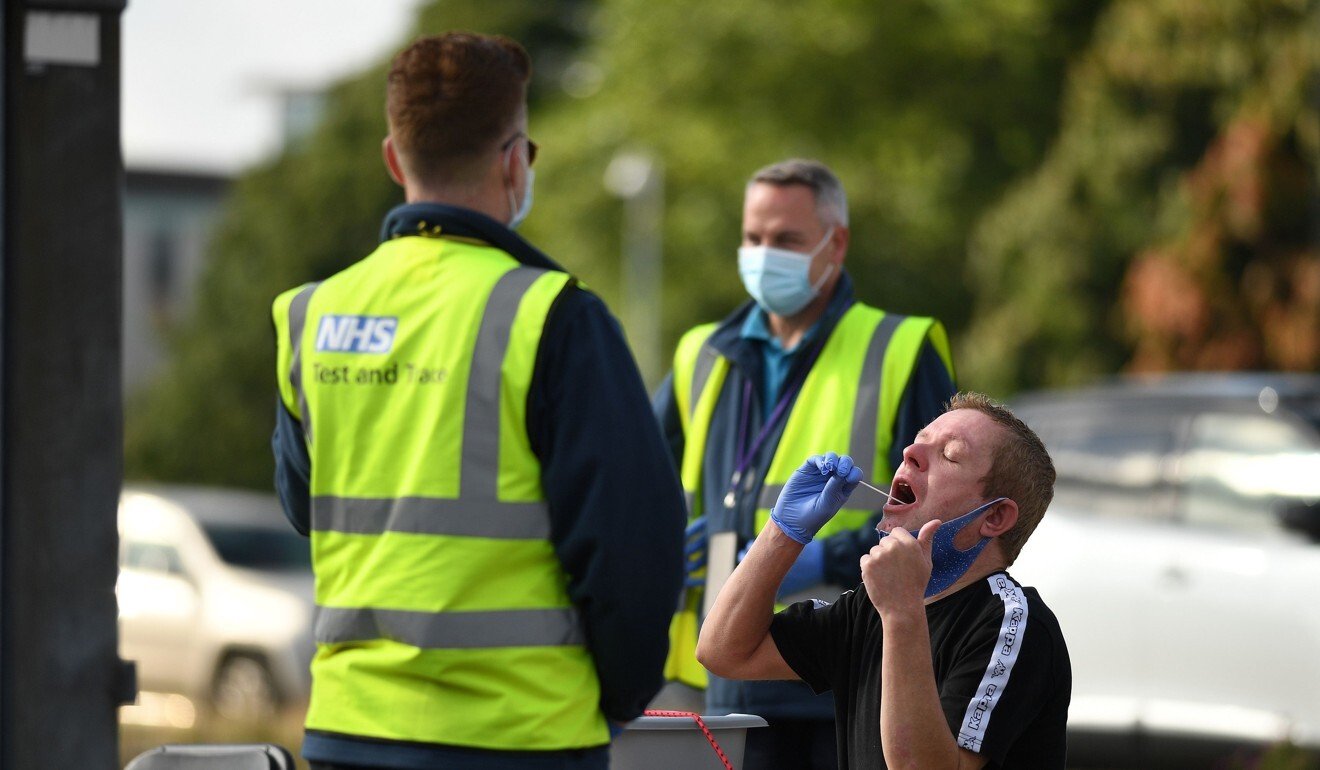 A man completes a self-administered Covid-19 test at a walk-in testing centre in Bolton, northern England.

He said the tracing system set up by Serco had been a failure, with call centre workers left idle while local authorities carried out 90 per cent of the tracing that has been successful.

Hancock this week promised a new tracing app that would be running in England and Wales by September 24, after trials from the government’s first attempt to launch an app in April were not successful.

Scotland, which runs health from the devolved administration in Edinburgh, launched an app last week using technology developed by Apple and Google.

Undeterred, Johnson last week announced via a leaked document to the British Medical Journal, another major testing programme in development that would enable millions of tests a day.

With the technology still not developed, critics said “Operation Moonshot” sounded like pie in the sky, especially the difficulties faced by the diagnostic system. Even more concerning was the amount of money it would cost: up to £100 billion for a programme that promises to test 10 million people a day. 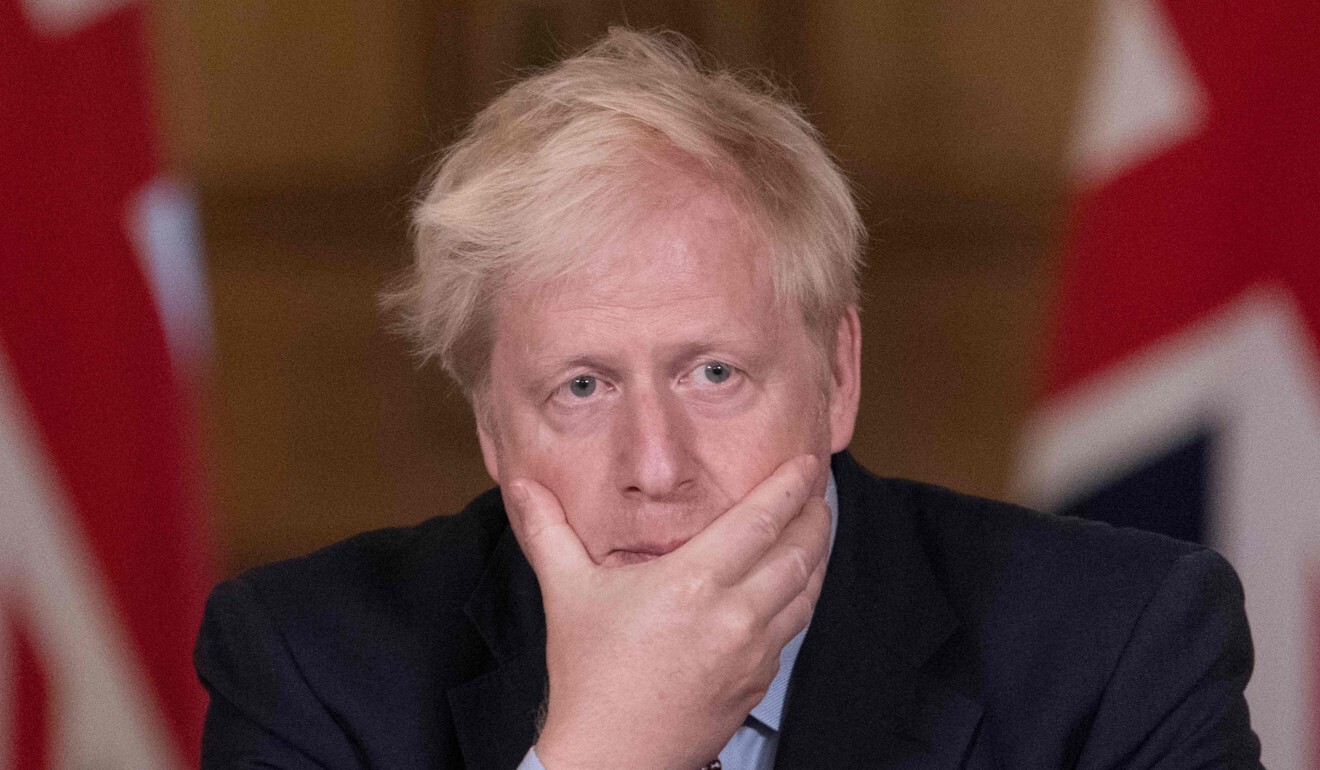 “Planning to spend £100bn on ‘moonshot testing’ is absurd. That’s almost the total NHS budget,” tweeted Professor Karol Sikora, one of the world’s top oncologists. “How will it work? A tiny fraction of false positives will cause chaos. Let’s focus on getting the testing system working today – it’s desperately needed.”

In a damning editorial, The Times newspaper, usually supportive of the Conservative government was also highly critical of Johnson’s coronavirus strategy.

“If the prime minister really wants to reassure the public, he needs to show that his attention is focused on the present, not the distant horizon,” the editorial read. “Indeed the danger is that by musing about moonshots, Mr Johnson risks again over-promising and under-delivering, as he has done many times in this crisis. The public are indeed anxious about a crisis that now looks certain to disrupt life well into next year. What they want from their prime minister is not false optimism but competent government.”