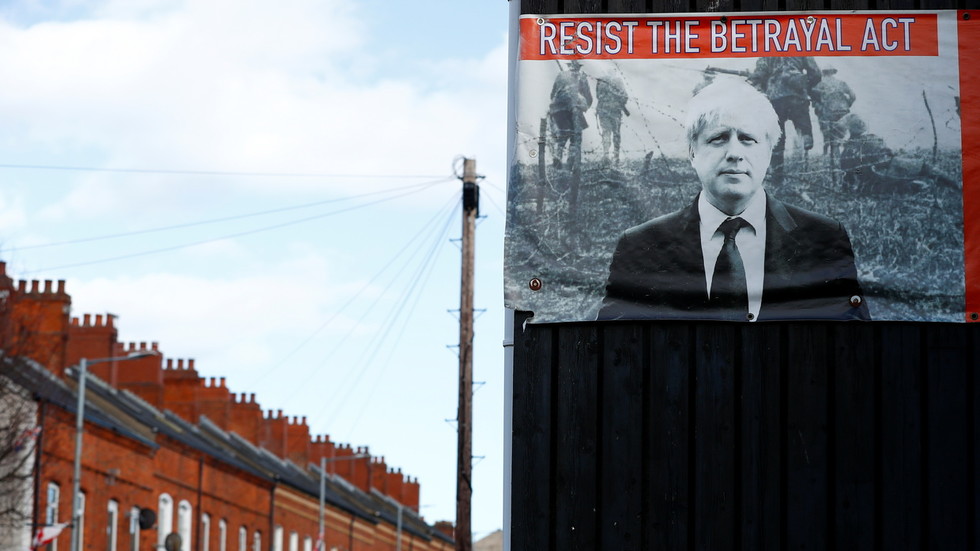 The UK’s chief negotiator with the EU has reported that the two sides have identified a number of outstanding issues relating to Northern Ireland and the post-Brexit arrangement but claimed there is some positive momentum.
In a statement released on Friday, the UK government published the comments of Lord David Frost, Britain’s chief negotiator to the EU, concerning his meeting with European counterparts on Thursday evening. The meeting and future encounters aim to iron out issues relating to Northern Ireland’s post-Brexit arrangement and prevent further unrest.

Frost said that the teams have “begun to clarify the outstanding issues” relating to the Protocol on Ireland / Northern Ireland and there was “some positive momentum.” It was agreed that talks with EU partners, notably European Commission vice president Maros Sefcovic, who hosted Thursday’s meeting, would be intensified in the coming weeks.

The UK negotiator reaffirmed London’s position that the Belfast Agreement should be at the centre of Northern Ireland’s post-Brexit arrangement. “He underlined that any solutions had to be consistent with the overriding commitment to respecting the Belfast (Good Friday) Agreement in all its dimensions and to ensuring minimum disruption of everyday lives in Northern Ireland,” the statement read.

Sefcovic also called on the UK not to act unilaterally over Northern Ireland. "The vice-president insisted on mutually agreed paths towards full compliance with the Protocol, which includes clear end-points, deadlines, milestones and the means to measure progress," the statement read, adding that the EU would continue to pursue legal action against the UK for “as long as necessary.”

In recent weeks, unrest has turned to violence in Northern Ireland as people vent their frustrations at the territory’s post-Brexit arrangement, which sees them cut off from the rest of the UK while effectively still being part of the EU’s customs union. As of Wednesday, around 90 law-enforcement officers had been injured policing the riots.

On Wednesday, the UK also announced it had reached an agreement with the EU to delay its response to Brussels’s legal action against Boris Johnson’s government. Brussels launched legal action against the UK in March after London announced it was unilaterally changing part of the withdrawal deal, which concerned post-Brexit measures between Northern Ireland and the rest of Britain.
#Boris Johnson
Add Comment