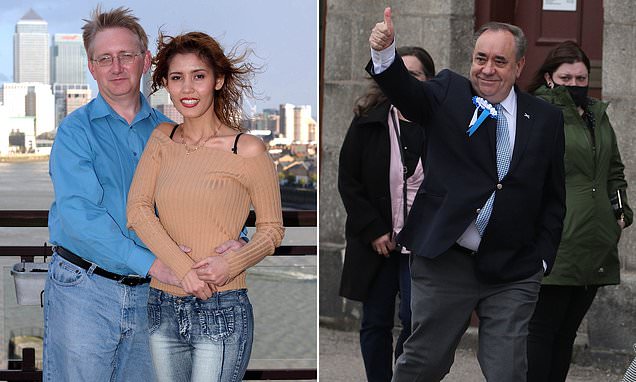 Britain's ex-ambassador to Uzbekistan vows to appeal against sentence

Craig Murray, 62, had watched two days of Alex Salmond's trial in March 2020 at Edinburgh's High Court before writing on his blog. Judges ruled he was in contempt of court and jailed him for eight months.

Britain's former ambassador to Uzbekistan has said he was 'slightly surprised' at being sentenced to eight months in jail for contempt of court over his blog on Alex Salmond's sex assault trial.

Craig Murray, 62, had watched two days of Mr Salmond's trial in March 2020 from the public gallery of Edinburgh's High Court before writing about the proceedings on his own website.

'I'm genuinely slightly surprised with how the sentence went, it seems sort of out of line from what people have known to get for contempt of court.

'I was really surprised by some of the judge's comments. One thing to say is I will be appealing not just to the sentence but to the whole offence,' Murray said.

Judges ruled that Murray was in contempt of court relating to material capable of identifying four of the nine women who accused the former first minister of sexual abuse.

'There was no evidence led at all by anyone to justify the judges remarks about doing it 'deliberately and lethally' as she said.

'I just don't know where that came from, it wasn't alleged by the prosecution, it wasn't in the evidence. I don't know how she could say such a thing. I found it all a bit strange. Slightly bemused but ready to continue with the appeal.' 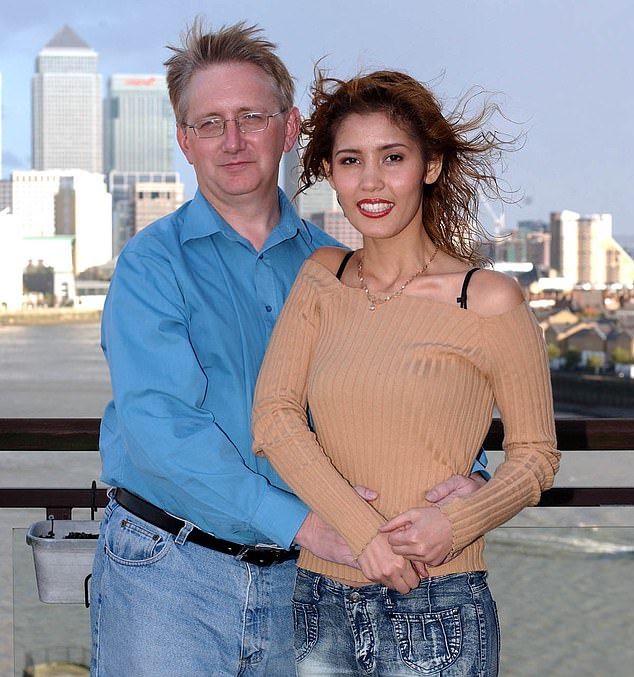 Craig Murray, 62, (pictured alongside his second wife Nadira Alieva) had watched two days of Mr Salmond's trial in March 2020 from the public gallery of Edinburgh's High Court before writing about the proceedings on his own website

Earlier on Tuesday, Murray was sentenced to eight months behind bars and was given 48 hours, later extended to three weeks, to surrender himself to a police station.

Sentencing the former UK ambassador to Uzbekistan, judge Lady Dorrian said Murray knew there were court orders giving the women anonymity and he was 'relishing' the potential disclosure of their identities.

She said it was 'particularly so, given the enormous publicity which the case in question attracted and continues to attract'.

Murray's offending blog posts and tweets were written over a period of a month and remained up, unredacted, despite the blogger being told they could potentially lead to the identification of women who had made complaints about Mr Salmond.

Lady Dorrian said: 'It appears from the posts and articles that he was in fact relishing the task he set himself, which was essentially to allow the identities of complainers to be discerned - which he thought was in the public interest - in a way which did not attract sanction.'

She added: 'These actions create a real risk that complainers may be reluctant to come forward in future cases, particularly where the case may be high profile or likely to attract significant publicity.

'The actions strike at the heart of the fair administration of justice.

'Notwithstanding the previous character of the respondent and his health issues, we do not think we can dispose of this case other than by way of a sentence of imprisonment.'

Murray was initially given 48 hours to hand himself in to a police station, but after a challenge by his lawyer Roddy Dunlop QC, this was extended to three weeks so he can appeal the sentence - but he was ordered to surrender his passport. 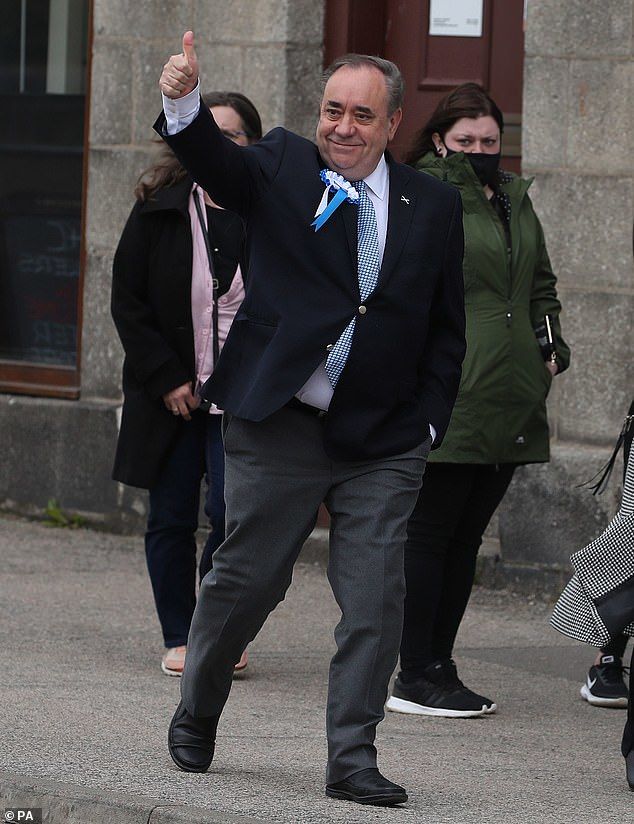 The blogger and former diplomat had previously posted on his blog in an attempt to solicit funds to pay for his defence.

He wrote: 'With enormous diffidence and frankly embarrassment, I find myself yet again obliged to ask people to contribute towards my defence fund before my hearing.'

In his earlier mitigation submission, Mr Dunlop said Murray was a man of 'impeccable character' and previously 'untarnished reputation', and said it is no exaggeration to say the retired diplomat is already suffering 'significant punishment' from the impact of the case.

Mr Dunlop said sending Murray to prison would be 'harsh to the point of being disproportionate', and he urged judges to deal with the matter by way of a fine.

He said: 'Allowing that the finding of contempt has been ruled by this court to be justified, the question is whether, given all the circumstances, that justification extends yet further to countenancing imprisonment, to taking a retired diplomat with an exemplary background away from his wife, his 11-year-old son, and his baby.

'For what purpose? The response might well be pour decourager les autres (French for to discourage others). If that is the purpose, job done. Mr Murray's blogging is inevitably hamstrung by the ruling itself, the decision is and has been widely publicised.

'If anyone out there thinks that playing with fire in the field of jigsaw identification is a zero sum game, their views have been disabused by the ruling this court has already made.'

Murray has since taken to Twitter to share his reaction to today's sentencing as he wrote: 'Actually what I found most shocking about that was the peculiar determination of the judges to make sure that, during the three weeks we have to lodge the appeal, I am not allowed to go to Spain to testify in the criminal prosecution for the CIA spying on Assange's legal team.'

He has since also received support from others including journalist and documentary filmmaker John Pilger who said: 'In these dark times, Craig Murray's truth-telling is a beacon.

'He is owed our debt of gratitude, not the travesty of a prison sentence which, like the prosecution of Julian Assange, is a universal warning.'