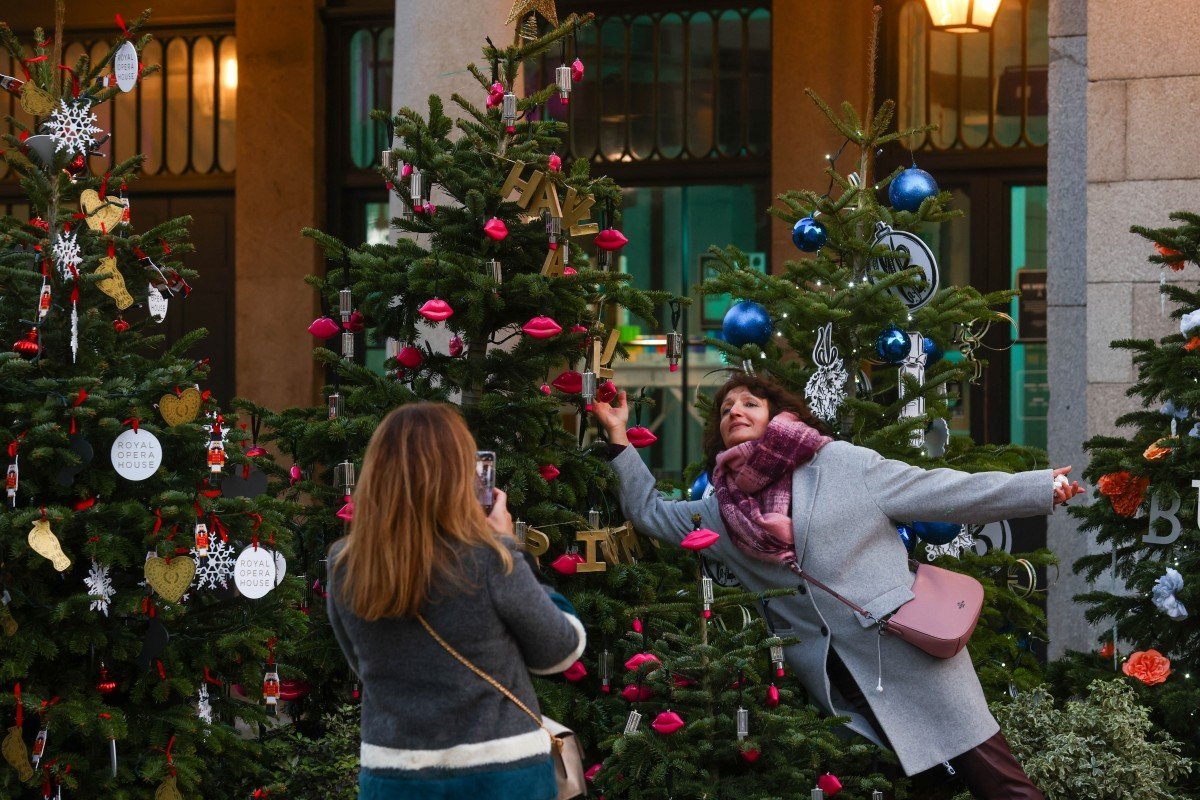 British authorities gave the green light on Tuesday to holiday reunions for millions, relaxing restrictions on social mixing over Christmas and offering arriving international travellers a way to cut short quarantine if they test negative for Covid-19.

The British government and administrations in Scotland, Wales and Northern Ireland struck a deal that will ease limits on travel and socialising for five days over the festive period so that friends and families can get together. Between December 23 and 28, up to three households can form a “Christmas bubble” and members can move freely between them.

People are currently barred from visiting members of other households in much of Britain in an effort to curb the spread of the coronavirus, and there are limits on travel to high-infection areas,

Government scientific advisers have signed off on the holiday plan, though scientists say it is likely to lead to an increase in coronavirus infections. 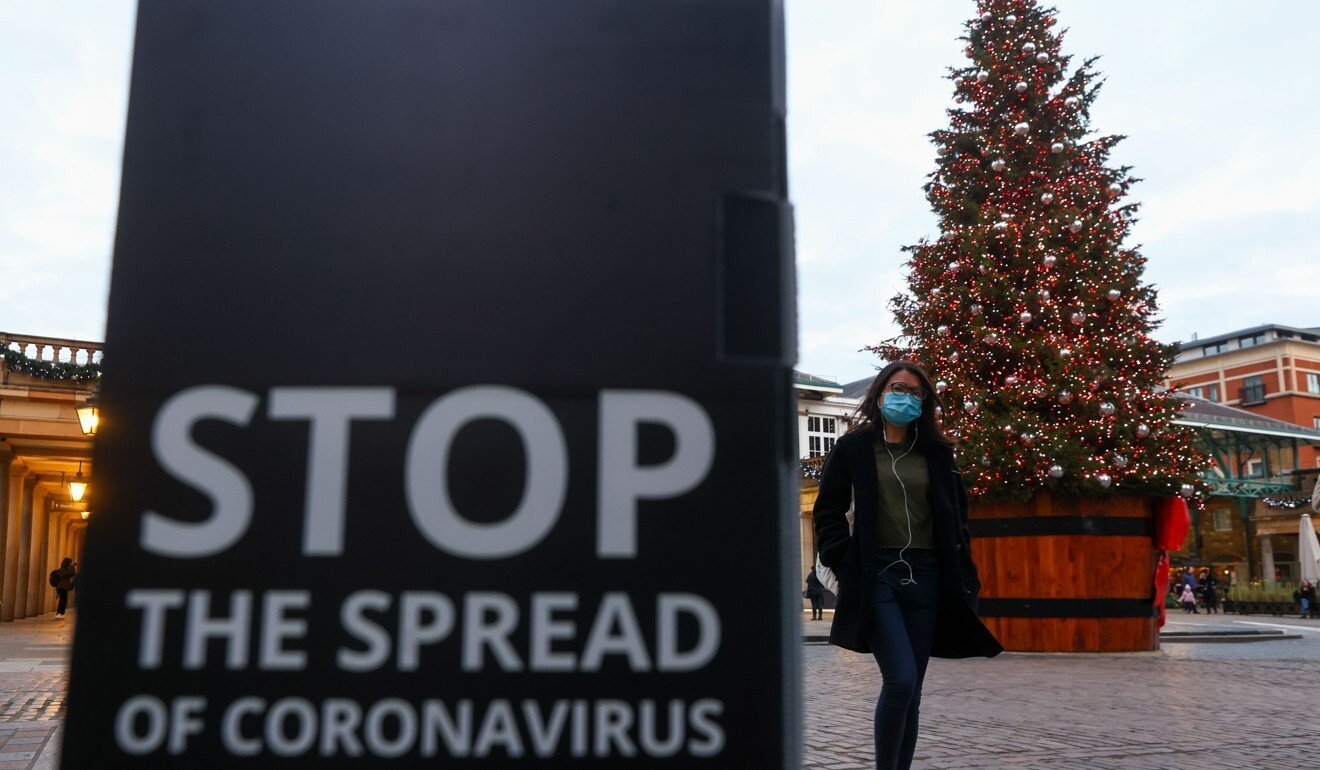 A sign that says “Stop the spread of coronaviurus” is seen near a Christmas tree at Covent Garden in London on Monday.

Cabinet minister Michael Gove said the agreement “will offer hope for families and friends who have made many sacrifices over this difficult year”.

In a boost to holiday travel, the 14-day quarantine requirement for travellers arriving in England from most destinations will be reduced to as little as five days if they test negative for Covid-19.

Under the new rules, passengers from places not on the government’s travel corridor list can reduce the 14-day quarantine period by paying for a test from a private firm on or after Day 5 of their arrival at a potential cost of around £100 (US$133). Results normally take a day or two.

“Our new testing strategy will allow us to travel more freely, see loved ones and drive international business,” Transport Secretary Grant Shapps said. “By giving people the choice to test on Day 5, we are also supporting the travel industry as it continues to rebuild out of the pandemic.”

The change, which takes effect on December 15, has been long-awaited by the travel industry, one of the worst-hit sectors during the pandemic. The industry hopes it will spur British families to go on holiday over the Christmas break, especially if children won’t have to miss school upon their return.

The change only applies in England. Travellers arriving in Northern Ireland, Scotland and Wales must continue to self-isolate for 14 days.

The Christmas plan will allow people to travel anywhere in Britain to meet loved ones in private homes, outdoors or in places of worship – though not in pubs and restaurants.

The decision to relax the rule comes amid evidence that new coronavirus infections have fallen since restrictions were tightened in the past few weeks, including a national lockdown in England that is due to end on December 2. It will be replaced with regional measures that involve three tiers of restrictions based on the scale of the local outbreak. 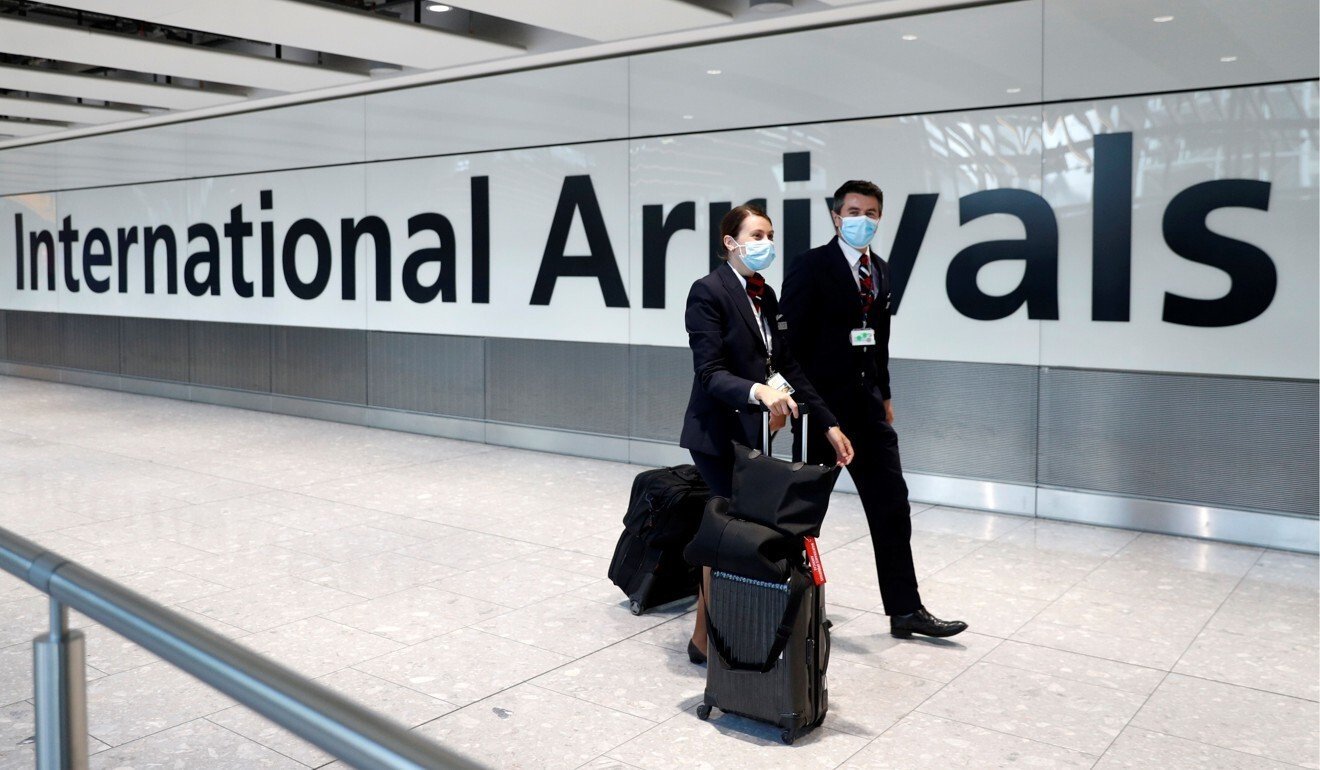 Though daily numbers can fluctuate widely, Britain recorded another 11,299 new coronavirus cases on Tuesday, the lowest level since early October. The hope is that fewer infections will soon lead to a reduction in hospitalisations and the number of people dying from the coronavirus.

For now, though, virus-related deaths remain high and another 608 were reported on Tuesday. However, Tuesday’s figures have invariably been higher during the pandemic because of weekend reporting lag effects.

The change in England’s travel rules brings them more in line with other European countries, including Germany. Still, with a maze of travel and quarantine restrictions around the world, few industry experts anticipate a rapid rush for the skies before vaccinations become widely available.

“We still have a complex jigsaw puzzle of restrictions around the world that need tourists to have a high IQ to understand,” said Paul Charles, chief executive of travel consultancy The PC Agency. “We need to see global consistency for travel to fully take off.”

Many popular holiday destinations, such as the United States or Canada, remain blocked off for English travellers, and trips to most of Europe require quarantining, except for isolated spots like Spain’s Canary Islands, off the coast of Africa.

Tim Alderslade, chief executive of the industry association Airlines UK, said the announcement on a shorter quarantine period provided “light at the end of the tunnel” for the aviation industry and people wanting to go on holiday.

“This new package of support for airports, alongside a new testing regime for international arrivals, will help the sector take off once again as we build back better from the pandemic,” said Treasury chief Rishi Sunak.

Sunak plans to unveil the government’s spending plans for 2021 on Wednesday.