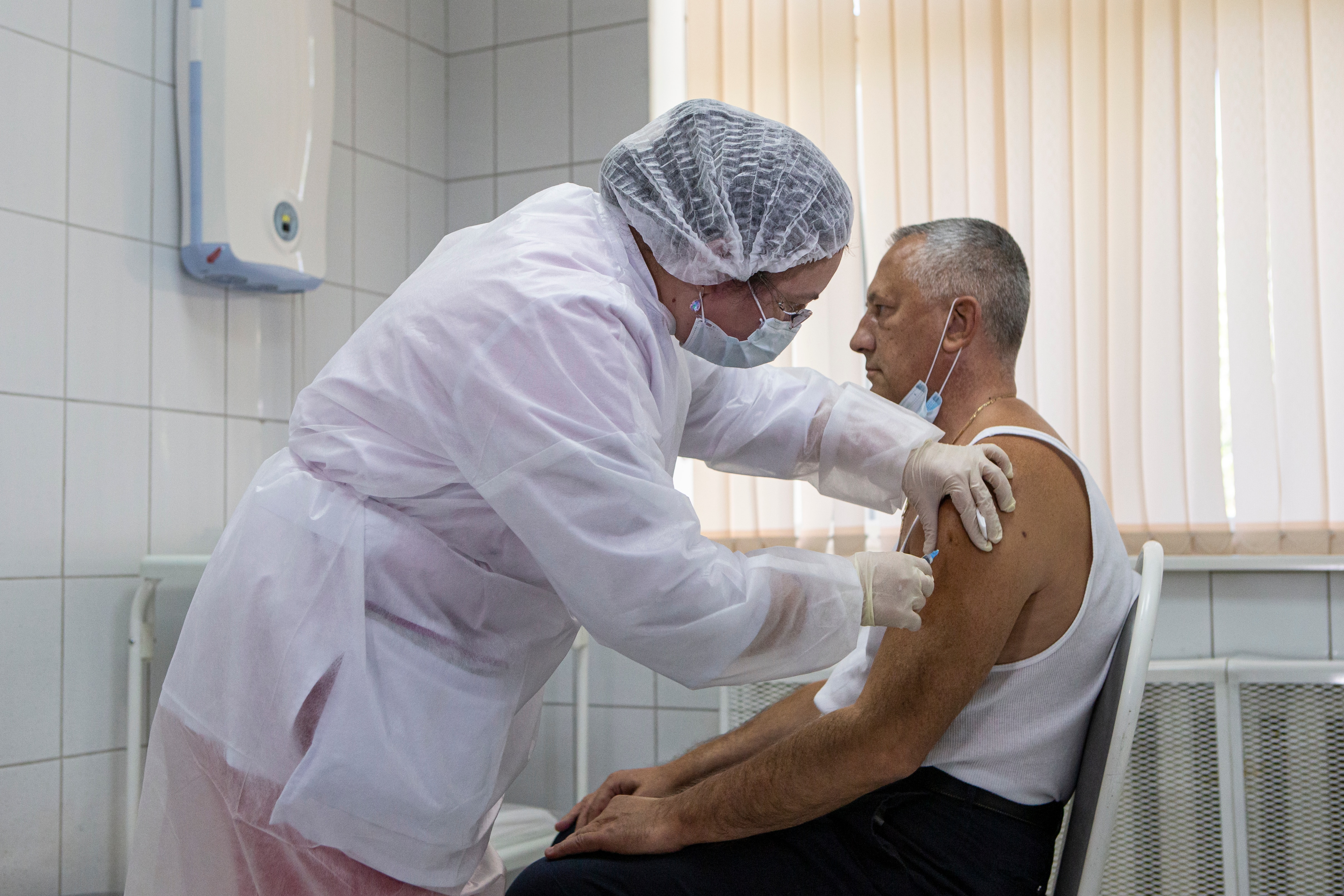 British Foreign Secretary Dominic Raab on Friday accused Russia of mounting a worldwide disinformation campaign aimed at eroding public confidence in Western coronavirus vaccines, calling the action "reprehensible" at a time when countries should be coming together to tackle a pandemic that's killed more than a million people.

"Anyone trying to basically sabotage the efforts of those trying to develop a vaccine are deeply reprehensible, and it's pretty unacceptable and unjustified in any circumstances," he told Britain's Sky News.

Western disinformation analysts say the campaign, which appears to be targeting mainly countries that have high case numbers of the coronavirus, including Brazil, India and Indonesia, appears partly aimed at building a market for Russia's own Sputnik V vaccine, which Western virologists fear is being rushed into development without appropriate trials. 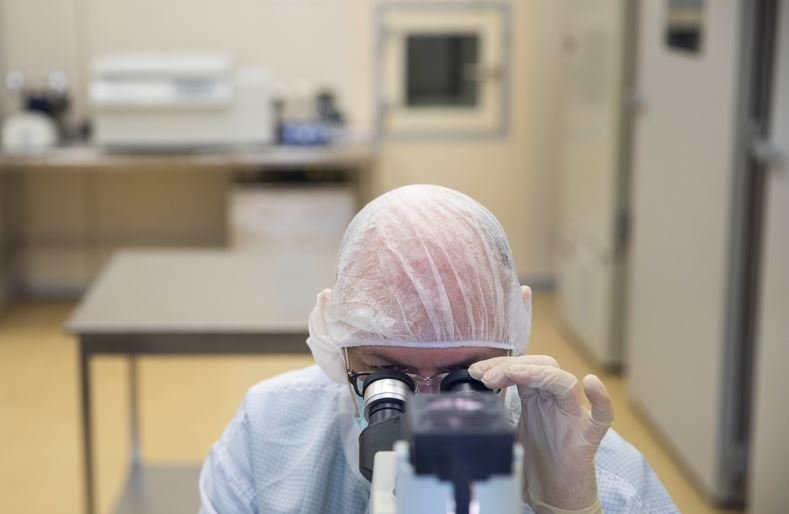 A specialist works at a pharmaceutical plant in Zelenograd near Moscow, Russia, Sept. 18, 2020.

Researchers at EUvsDisinfo, part of the East StratCom Task Force set up in 2015 by the European Union to combat Russian disinformation, say the unfolding campaign tags vaccines being developed by Western manufacturers as "experimental" and accuses them of relying on "little-studied, untested technologies."

"This narrative is part of the on-going pro-Kremlin disinformation on coronavirus aiming to promote the Sputnik V vaccine and present Russia as a 'leader in the COVID-19 management,'" says a report by the EU task force, which calls fake news, social media manipulation and the dissemination of conspiracy theories key elements of the campaign.

Kremlin spokesman Dmitry Peskov told reporters Friday in the Russian capital that the advantages of Russia's Sputnik V vaccine "are being recognized in many countries." Peskov dismissed allegations Moscow has launched a vaccine disinformation campaign.

"Commenting on accusations against Russia has become a sort of circus at this point," Peskov told reporters. "The accusations make no sense, commenting on them makes no sense.

"Russia is not giving anyone false information," he said.

But according to a recently published investigation by Britain's The Times, a vaccine being developed by the University of Oxford in partnership with the pharmaceutical company AstraZeneca has apparently been especially targeted for denigration in a disinformation offensive originating in Russia. 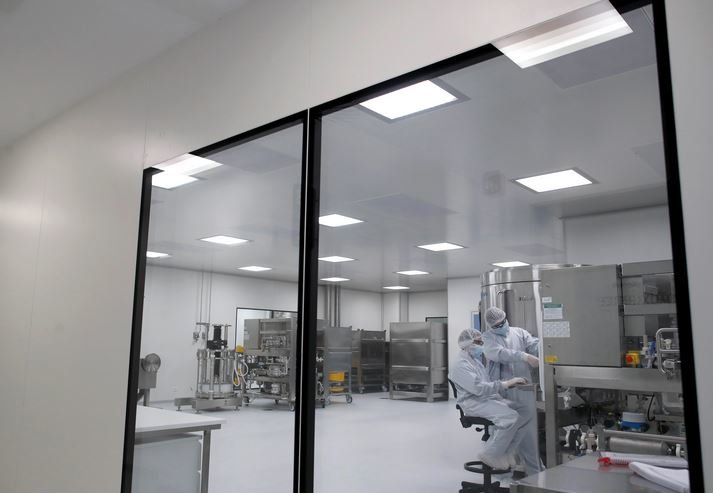 Laboratory technicians work at the mAbxience biopharmaceutical company on an experimental coronavirus vaccine developed by Oxford University and the laboratory AstraZeneca in Garin, Argentina, Aug. 14, 2020.

"Pictures, memes and video clips depicting the British-made vaccine as dangerous have been devised in Russia and middlemen are now seeking to 'seed' the images on social media networks around the world," the newspaper reported.

"The crude theme of the distorted images is that the vaccine, millions of doses of which will be manufactured by the pharmaceutical giant, could turn people into monkeys because it uses a chimpanzee virus as a vector," it added. "The campaign is being targeted at countries where Russia wants to sell its own Sputnik V vaccine, as well as western nations."

A whistleblower involved in the campaign told the newspaper that a key aim of the media offensive was to place the images on Western websites and in countries such as India and Brazil, where Russia is trying to market its own vaccine. Western online influencers are being paid to include the disinformation on their social-media platforms, he said.

Russian state-controlled media outlets then pick up on the images and use them to claim growing public skepticism in the West about the vaccines. The whistleblower came forward because he was worried the campaign could harm efforts to suppress the virus.

Last month, Vesti News, a flagship current affairs program broadcast by Russian state-owned television, included images portraying Oxford's vaccine as a "monkey vaccine." The Oxford vaccine is being tested on monkeys and uses a chimpanzee virus as a vector.

"Clearly, the global prize of having a first useable vaccine against this deadly virus is a large one," he said during a Wednesday press briefing in London.

"I guess there are two bits we are on the lookout for: attempts either to steal unique intellectual property that's been generated in that research or potentially to fiddle with the data," he added. "And then the second risk we've got to be alive to is the possibility that the research is still high integrity and sound, but that somebody tries to sow doubt about its integrity." 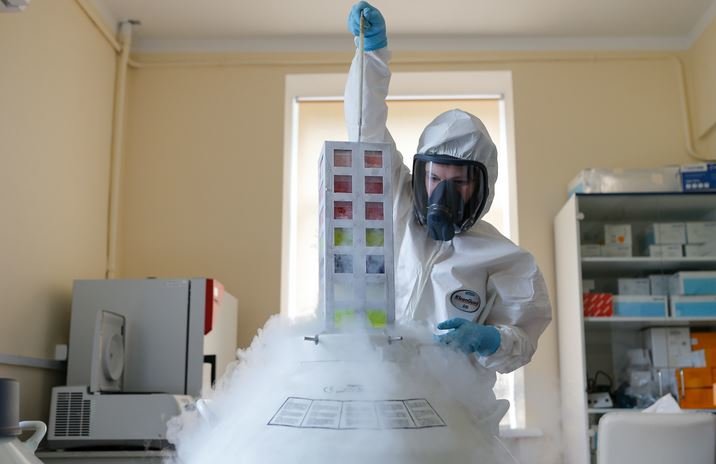 An employee works with a coronavirus vaccine at the Nikolai Gamaleya National Center of Epidemiology and Microbiology in Moscow, Russia, in this handout photo taken Aug. 6, 2020, and provided by Russian Direct Investment Fund.

The disinformational memes and images used can be darkly humorous and crude, which makes them well-tailored for social-media sharing. They include a photograph of British Prime Minister Boris Johnson manipulated to make him look like a yeti with the caption: "I like my big-foot vaccine." Another shows a chimpanzee in a lab coat holding a syringe, and another features Uncle Sam urging: "I Want You — to take monkey vaccine."

Some Western intelligence analysts say the current disinformation is reminiscent of a KGB operation in the 1980s, which sought to sow doubt about the origins of HIV. Dubbed Operation INFEKTION by a Western historian, the campaign planted the idea that the U.S. military had invented HIV at the biological weapons research lab at Fort Detrick, Maryland.

The initial story was placed in a Communist newspaper in India but KGB operatives sought to get the story picked up elsewhere. After the Cold War, the head of Russia's Foreign Intelligence Service (SVR), Yevgeny Primakov, admitted the KGB had been behind the claims that AIDS was created by the U.S. military.