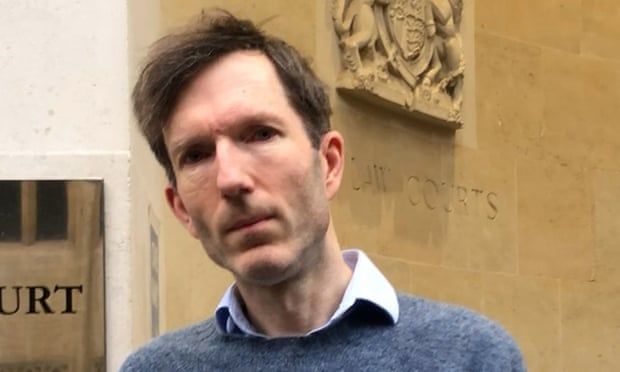 A teenager who dragged a doctor out of his house and stabbed him nine times in a random, unprovoked attack has been jailed for life with a minimum term of 12 years.

Chanz Maximen was 17 years old when he knocked on Dr Adam Towler’s front door in Clifton, Bristol, and shone a light through the letterbox on 30 October 2019.

Towler initially thought the knock was a Halloween prank, but Maximen pulled him into the road and stabbed him repeatedly, including with a blow that missed his heart by two centimetres.

The defendant told him: “You killed the girl,” a phrase that he has never explained and which meant nothing to the victim or investigators.

Maximen left the doctor for dead in the street and vacated the immediate vicinity but did not go far.

Towler, a former trauma specialist, managed to crawl back inside his house but was bleeding so profusely he was initially unable to use his phone keypad or facial recognition to call 999. 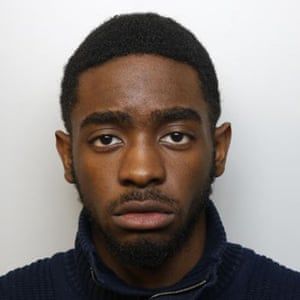 When Towler eventually managed to make the call, Maximen returned to the address and could be heard throwing his full body weight against the front door trying to force his way in. Towler described the door frame as “flexing” under Maximen’s weight.

Maximen was not arrested immediately and carried out two more random attacks in the city in the following weeks.

On 20 November, he targeted warehouse worker Wojtek Rozmiarek as he made his way home on foot from a night shift. Rozmiarek had sat on a bench to download a podcast when Maximen approached him from behind and sliced him across the face.

Judge William Hart remarked at Maximen’s sentencing hearing at Bristol crown court on Wednesday that he was satisfied he had intended to slit Rozmiarek’s throat.

The next night Maximen followed student Annabel Everitt as she returned home from a night out, before knocking on her door and forcing his way in with a knife.

Maximen denied the attempted murder of Towler, grievous bodily harm with intent of Rozmiarek, and two counts of possession of a knife, but was convicted after a trial last December. He admitted a lesser charge of wounding Rozmiarek.

The defendant was cleared of the aggravated burglary of Everitt’s address, although the judge said he was “quite satisfied” he was the individual who had forced his way in.

Hart said it was evident that the jury was unsure what Maximen’s motive for entry was.

Edd Hetherington, the barrister representing Maximen, told the court that his client had suffered from a developmental disorder that was a combination of a learning difficulty and a communication disorder.

Hetherington said that Maximen had a very supportive home life and his mother had been a constant presence throughout the trial. She was too distressed to attend the sentencing hearing, but the defendant’s grandfather was in the public gallery.

Jailing Maximen for life with a minimum term of 12 years, Hart said: “There is no logical explanation for any of your offending other than that you are a highly dangerous young man with a wholly distorted view of life and appropriate conduct.

“It is not due to any recognised mental illness or diagnosed personality disorder and I can only conclude that it is simply because, for whatever reason, you are just like that, perhaps as a consequence of the impact of your earlier life experiences and the difficulties under which you labour.”

Towler – who now develops medical software – came to court to give a victim impact statement in which he expressed his concern for the defendant and his future, and the fact he would spend so long in prison.

“When I compared my position with what I imagined yours to be, it sort of didn’t seem fair, although I know that’s hard to understand,” he said.

Hart described Towler’s statement as “extraordinary”, saying: “Whether it is the effect of intellect, or faith, or kindness and understanding, I don’t know.