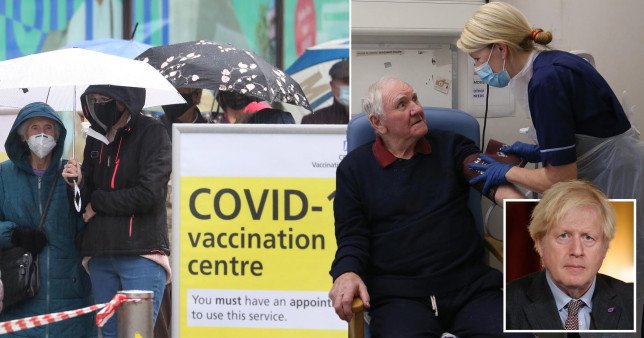 The Prime Minister played a key role in convincing the EU to cancel plans to trigger Article 16 over a row about vaccines, a Conservative backbencher has claimed.

The EU was criticised over its short-lived move to override part of the Brexit deal on Northern Ireland under its export controls on coronavirus vaccines.

Brussels backtracked on the move late on Friday after condemnation from London, Dublin and Belfast, with leaders all blindsided by the decision to trigger Article 16 of the protocol amid a row with pharmaceutical giant AstraZeneca over shortfalls in the delivery of jabs.

The PM discussed the issue with EU Commission President Ursula von der Leyen in a late-night phone call in which he said he had ‘grave concerns’ about the action, according to a report in the Mail on Sunday.

The newspaper said Johson told Von der Leyen the lives of UK pensioners were at risk if there was a blockade and they could not receive their second Pfizer vaccine jabs.

Ms von der Leyen later tweeted she had held ‘constructive talks’ with Mr Johnson, adding: ‘We agreed on the principle that there should not be restrictions on the export of vaccines by companies where they are fulfilling contractual responsibilities.’ 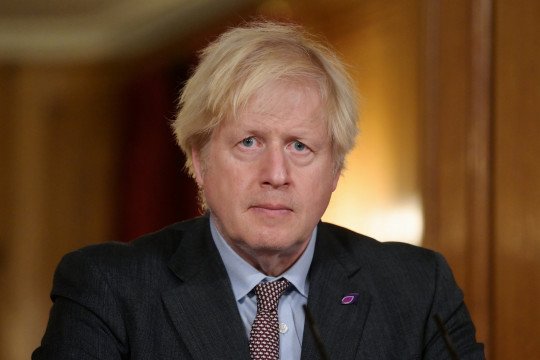 An EU source said the move had been a ‘misjudgment’, and the European Commission insisted in a statement it was ‘not triggering the safeguard clause’ to ensure the protocol is ‘unaffected’.

A Tory MP has claimed Johnson played an important role in making the EU back down, adding: ‘This could be Boris’ Falklands moment… Ministers have played a blinder.’

Trade secretary Liz Truss also today insisted the UK can ‘absolutely guarantee’ its programme of delivery of the Covid-19 vaccine following the row.

She said: ‘The Prime Minister (Boris Johnson) has spoken to Ursula von der Leyen. She has been very clear that those contractual supplies won’t be disrupted.

‘That’s a very important assurance and, of course, we also have our UK-produced vaccines as well, and if you look at our vaccines pipeline, 367 million doses, we have a significant supply to be able to vaccinate the UK population.’ 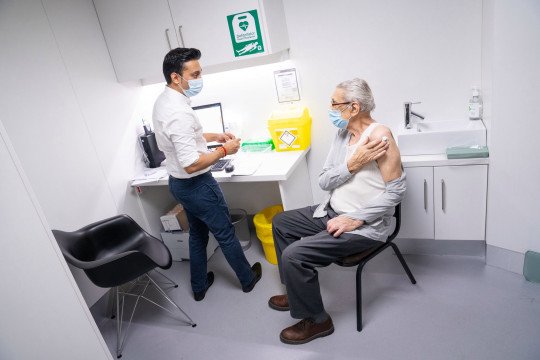 A vaccine administered in the UK

Asked if she could guarantee that everyone who has had the first dose of the Pfizer vaccine will get their second dose, Truss added: ‘We can absolutely guarantee our programme of delivery of the vaccine.

‘We have received assurances from the EU about the supply, under contract, of all of those vaccines.’