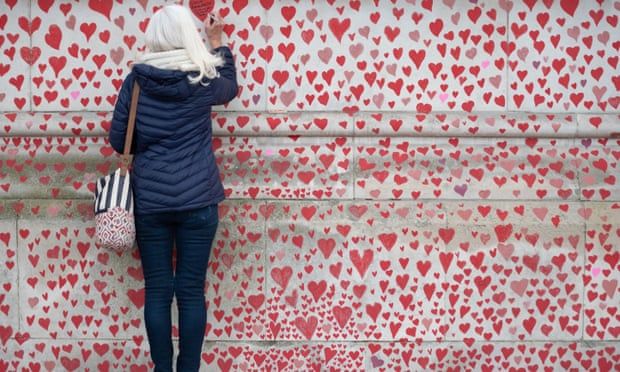 Bereaved families and experts say lessons should be learned quickly before a potential third wave
Boris Johnson has come under fire from experts and bereaved families for delaying until spring 2022 the newly announced public inquiry into the government’s handling of the coronavirus pandemic.

Work will now begin to appoint a chair and other potential panellists, and draw up terms of reference, with some hopeful that the inquiry will be led by a judge. The investigation is likely to start in a year’s time, Johnson told the Commons.

Experts said it could take three to six months to establish so could be up and running much sooner than spring 2022 if desired. Labour’s Lord Falconer, who passed the Inquiries Act as lord chancellor, said the government would be confident the Covid inquiry would not conclude before the next general election, expected in 2023.

After the UK had one of the world’s worst Covid death tolls, exceeding 150,000, experts and MPs have pushed for an inquiry to investigate whether ministers followed scientific advice on lockdowns and other decisions; the level of support provided to disadvantaged groups and frontline workers; contracts for personal protective equipment awarded to those with links to government; and the £37bn NHS test and trace programme run by the Conservative peer Dido Harding.

It is also likely to explore “long Covid”, whereby people suffer apparent after-effects of the disease for weeks or months, including severe fatigue.

Johnson signalled the inquiry was unlikely to start before next spring because of a high likelihood that Covid cases would increase again in the winter. “We must not inadvertently divert or distract the people on whom we depend in the heat of our struggle against this disease,” he said.

“I think the house will agree that it would not be right to devote the time of people who are looking after us, who are saving lives, to an inquiry before we can be absolutely – much more – certain than we are now that the pandemic is behind us.”

The prime minister said it would be fully independent and have “the ability to compel the production of all relevant materials and take oral evidence in public, under oath”.

A senior World Health Organization (WHO) official criticised the delay, saying coronavirus was still “roaring ferociously” through the world so “if there are lessons to be learned, they should be learned quickly and applied now”. David Nabarro, a special envoy on Covid, told the BBC that the inquiry’s start date was a bit “distant” and that “people ought to be doing studies now”.

The start date was branded “simply too late” by Covid-19 Bereaved Families for Justice, who said “lives are at stake with health experts and scientists warning of a third wave later this year”. They added: “A rapid review in summer 2020 could have saved our loved ones who died in the second wave in winter.”

Prof Sir Lawrence Freedman, who sat on the Chilcot inquiry into the Iraq war, said that if by next October the government “felt reasonably confident” a third wave would not materialise, then it should start “setting things in motion” quickly. He added the inquiry could also do a lot of preliminary work before calling witnesses so that it was in a fitter state to formally start taking evidence next spring.

Falconer, now the shadow attorney general, said Johnson had invented a “totally bogus excuse” for pushing back the start date and that the inquiry should “get up and running now”. He said “to be realistic, we’re not going to see a report for two years” and that ministers will be “confident that it won’t come out until after the next election”.

“They need to be producing terms of reference and the opening date as quickly as possible,” he told the Guardian, adding that the inquiry panel would “be as conscious as anybody” about not wanting witnesses to be distracted who may still need to help deal with the pandemic. “I would trust the inquiry much more than I would trust the government to strike that balance,” he added.

Ben Howlett, a former Tory MP who now chairs the Public Policy Projects health thinktank, said it was “mad” that the inquiry would not start until next spring. “I am surprised at the timing,” he said. “There is clearly a huge amount of evidence coming forward to show that lessons weren’t learned after the first wave, in time for the second. That period between both waves shows that the same mistakes were replicated, which did actually unfortunately cause lives to be lost as a result.

“We’re in a period of almost zero Covid cases in some parts of the country. As soon as the country is back up and open from the middle of June, the inquiry should start over the summer. So why it’s starting spring next year I’ve no idea.”

Stephen Dorrell, a former Tory health secretary who defected to the Liberal Democrats, said Johnson’s announcement was “a commitment by the government not to allow lessons from its handling of the earlier stages to be applied during the later stages of the pandemic”.

He said an inquiry was already long overdue and added: “This isn’t about writing the history of what happened, it’s about learning lessons about what may happen in the future.

“Next winter there will be questions about variants: what is the right policy response in terms of travel restrictions, which quarantine arrangements work more than others? These are the kind of questions that an inquiry could perfectly well be looking at now, ahead of next winter.”

Layla Moran, a Lib Dem MP who chairs the all party parliamentary group on Covid, said there was “no time to waste” and added that delaying the inquiry would “only prolong the pain being felt by grieving families and means vital lessons will go unlearned”.

Johnson was also pressed in parliament to confirm the inquiry would investigate cases of long Covid and the treatment available to patients who have it – and said that while it would be up to the inquiry chair, he doubted this would be excluded.
#COVID-19  #Covid  #Coronavirus  #Boris Johnson
Add Comment