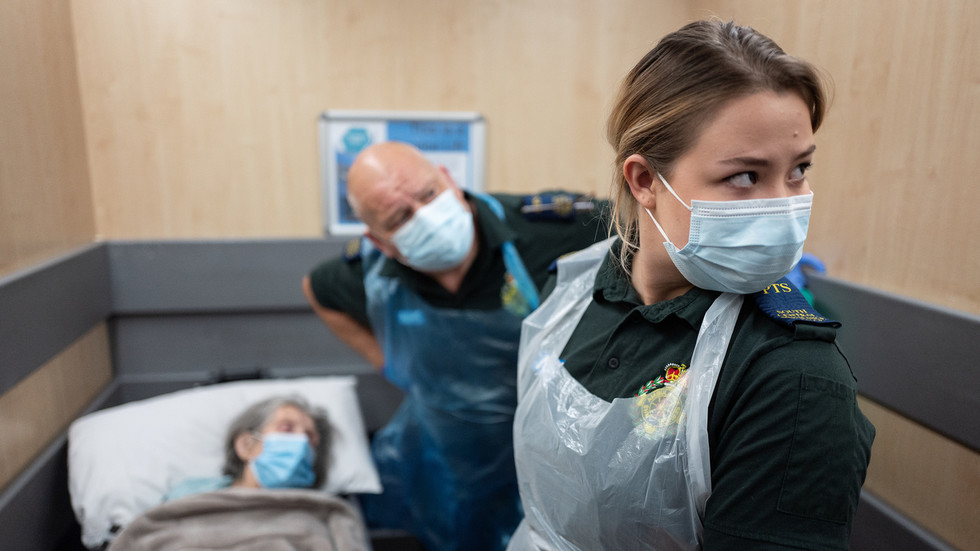 The British government has historically neglected the social care sector, so it is not surprising that Prime Minister Boris Johnson tried to shift the blame for the huge Covid-19 death toll in care homes, a charity head told RT.
Mike Padgham, the chairman of charity Independent Care Group, said he was “shocked, saddened and angry” at Johnson’s recent comments on the Covid-19 outbreak in care homes.

Johnson sparked outrage on Monday after saying that “too many care homes didn’t really follow the procedures in the way that they could have.” The PM’s spokesperson later insisted that Johnson was not pinning the blame on care homes, which have done “a brilliant job” under difficult circumstances. He argued that the PM was rather pointing out that “nobody knew” how to deal with asymptomatic transmission of the coronavirus, because its extent was not known at the time.

The statement from the PM’s office did not quell the backlash. Johnson took a lot of flak from major charity groups across the country, as well as Labour Party politicians, who accused him of trying to shift responsibility for the high death toll among care home residents from the government.

Padgham suggested that the PM may have not been “properly briefed or informed” on the matter. This would not be surprising, he said.

He argued that care homes relied on the guidelines provided by officials and have done “everything we possibly can to reduce the number of deaths.”

The charity head said the government must seize upon the opportunity to reform the care sector, while staying “very vigilant” for a possible second wave of infections.

There were nearly 19,400 coronavirus-related deaths of care home residents in England and Wales alone between March 2 and June 12, according to government data.

The grim numbers were accompanied by multiple media reports that care staff often struggled with a lack of protective gear and testing kits, while tens of thousands of patients were discharged from hospitals back into care homes without having been tested for Covid-19. According to the Guardian, in late April, public health officials prepared a plan to strengthen the quarantine measures at care homes, but the proposal was rejected by the government.

The high death toll prompted calls for a public inquiry.

Government officials have denied neglecting care homes during the outbreak, insisting that they have done everything they can to curb the spread of the disease. Johnson said on Monday that it is crucial to “properly” fund the care homes, promising that the government will look into ways to make sure the care sector is “properly organized and supported.”
#COVID-19  #Covid  #Coronavirus  #Boris Johnson
Add Comment