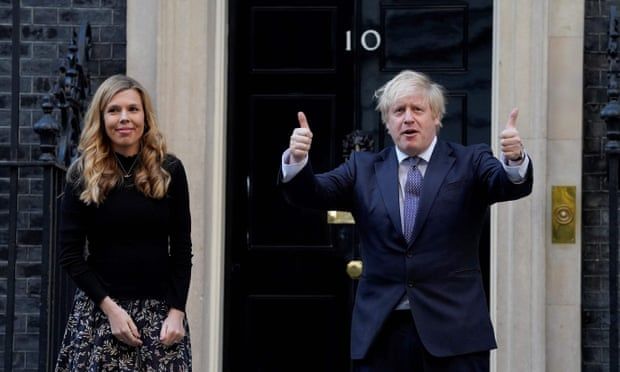 Boris Johnson joined No 10 staff for a party in Downing Street during the first lockdown in May last year, sources have alleged, raising questions about whether there was a culture of flouting the rules over a number of months.

The prime minister spent about 15 minutes with staff at the alleged social gathering on 15 May 2020, telling one aide inside No 10 that they deserved a drink for “beating back” coronavirus, a joint investigation by the Guardian and Independent was told.

Sources claimed about 20 staff drank wine and spirits and ate pizza following a press conference on that day, some in offices inside No 10 and others going into the garden. Some staff stayed drinking until late into the evening, they alleged.

Rules at the time allowed only two people from different households to meet outside, at a distance of 2 metres. Earlier that evening, Matt Hancock, then health secretary, had urged people to “stay at home as much as is possible” and asked them to “please stick with the rules, keep an eye on your family and don’t take risks” during the period of good weather.

The claims follow a string of reports about similar alleged events in Downing Street and elsewhere during the subsequent lockdown last Christmas, and suggests rules might have been broken over a series of months.

The Metropolitan Police also announced they will contact two people who attended a Christmas party at Conservative Party HQ on 14 December 2020, when indoor socialising between households was banned.

Around two dozen people were at the gathering, including Shaun Bailey, the Tories’ London mayoral candidate, and his campaign manager, Ben Mallet.

Scotland Yard did not say who the people they wanted to speak to were, but that they were investigating “alleged breaches of the Health Protection (Coronavirus, Restrictions) Regulations”. 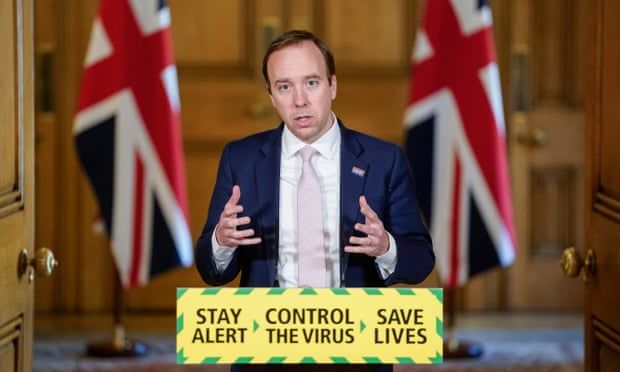 Matt Hancock, then health secretary, at a press conference on 15 May 2020 when he urged people to ‘stay at home as much as is possible’.

The 15 May gathering, at which some aides allegedly stayed drinking until late in the evening, followed a Covid press conference at 5pm, led that day by Hancock.

The sources said Hancock was also seen at the event, which was described as having a “celebratory” feel given the initial loosening of some restrictions and the good weather in London that day.

While sources claimed both Johnson and Hancock were present for a short time when staff and aides were drinking, there is no suggestion they drank themselves, or stayed late.

Asked about Johnson’s comment about “beating back” the virus, and his presence at the alleged party at which No 10 staff were drinking and socialising, his official spokesperson said: “In the summer months Downing Street staff regularly use the garden for some meetings. On 15 May 2020 the prime minister held a series of meetings throughout the afternoon, including briefly with the then health and care secretary and his team in the garden following a press conference.

“The prime minister went to his residence shortly after 7pm. A small number of staff required to be in work remained in the Downing Street garden for part of the afternoon and evening.”

A spokesperson for Hancock described the sources’ claims as “not true”. “After the press conference, which finished at approximately 5.53pm, Matt debriefed his own team, then went to the Downing Street garden to debrief the prime minister. He left Downing Street at 6.32pm and went back to the Department for Health and Social Care,” Hancock’s spokesperson said.

At the press conference, where he was joined by Jenny Harries, at the time the deputy chief medical officer for England, Hancock delivered a message of caution.

The opening statements noted that England remained in the second-highest level of Covid alert, four, with 10,700 people in hospital with the virus and 384 coronavirus deaths recorded that day.

Hancock urged people to keep to the slight relaxation in lockdown. “This weekend, with the good weather and the new rules, I hope people can enjoy being outside but please stick with the rules, keep an eye on your family and don’t take risks,” he said.

The claims are a further blow to Johnson, who is reeling from reports detailing a series of apparent lockdown-breaching parties last winter, and has been widely mocked for insisting no rules were broken.

Among these was an alleged party on 18 December 2020, a time when all indoor social mixing in London was prohibited, involving wine and cheese and staff swapping “secret Santa” presents.

Downing Street denied the event had happened, a stance undermined when video footage emerged of No 10 officials joking about the event four days later. Allegra Stratton, Johnson’s former press secretary, resigned as spokesperson for Cop26 in the ensuing furore.

Johnson is also known to have attended an earlier event, on 27 November last year, believed to have been an impromptu leaving do for an aide, Cleo Watson.