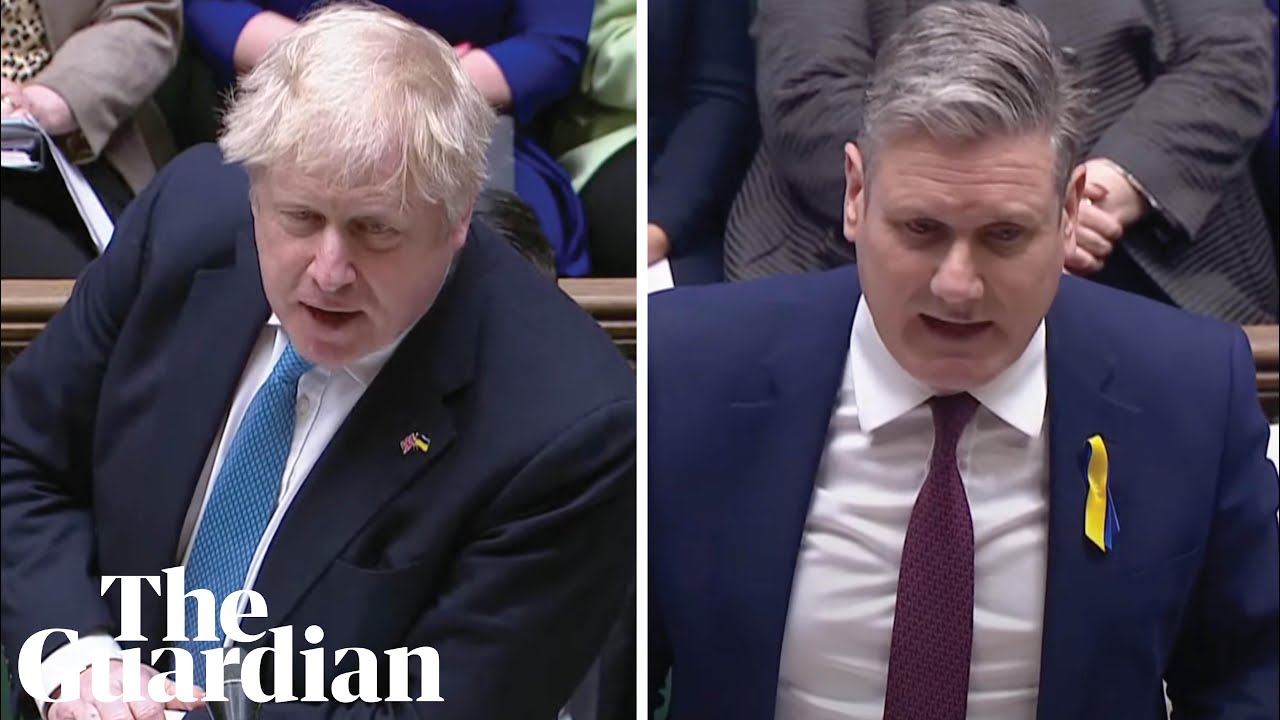 Boris Johnson has said it appears P&O Ferries broke the law when it suddenly sacked 800 workers, and that the government would take legal action.

The prime minister said if the company was found guilty, it could face fines running into the millions – but ignored Labour calls for government intervention to reinstate workers or to sanction P&O Ferries’ parent company, DP World.

Johnson made the comments during prime minister’s questions, shortly after the boss of P&O Ferries issued a public apology for the sacking last Thursday of almost 800 UK-based crew contracted via Jersey.

Pressed on the issue by the Labour leader, Keir Starmer, Johnson said: “We will not sit by, because under section 194 of the Trade Union and Labour Relations Act of 1992 it looks to me as though the company concerned has broken the law, and we will be taking action, therefore, and we will be encouraging workers themselves to take action under the 1996 Employment Rights Act.”

He said they would also be taking steps to protect all mariners working in UK waters and ensure that they are all paid the living wage.

However, Johnson ruled out taking further action against the Dubai-based owner of P&O Ferries, DP World, which is to benefit from £50m of tax breaks by running two of the government’s new freeports.

Asked by Starmer to “guarantee that these companies will not get a penny more of taxpayers’ money or a single tax break until they reinstate the workforce”, Johnson replied: “We will take them to court, we will defend the rights of British workers. What we will not do is launch a wholehearted campaign as they would want against overseas investments because that is completely wrong, and wrong for those workers.”

Starmer said other workers would fear for their jobs if P&O “got away with it” and would take no comfort from the prime minister’s “half-arsed bluster and waffle today”.

Johnson insisted: “P&O plainly aren’t going to get away with it any more than any other company that treat its employees in that scandalous way.”

Meanwhile P&O Ferries’ boss, who is due to be hauled before MPs on Thursday, said he was sorry and “wished there was another way”.

Having suspended sailings and sacked 786 people on eight ships around the UK last week, many by video message, to replace them with cheaper crew earning as little as £1.80 an hour, Peter Hebblethwaite, the chief executive of P&O Ferries, said: “I want to say sorry to the people affected and their families for the impact it’s had on them, and also to the 2,200 people who still work for P&O and will have been asked a lot of difficult questions about this.”

He said he had been speaking face to face with seafarers and their partners since the sackings. “They’ve lost their jobs and there is anger and shock and I completely understand.”

However, he said: “We needed fundamental change to make us viable. All other routes led to the closure of P&O Ferries. I wish there was another way and I’m sorry.”

The RMT general secretary, Mick Lynch, said: “We have no interest in half-hearted apologies which do absolutely nothing to get our member their jobs and livelihoods back.”

He added: “It is appalling that the government is scared to take action against DP World. Of course P&O need to be taken to court but that by itself won’t get our members’ jobs back.”

About 600 crew employed via P&O agencies in France and the Netherlands have kept their jobs. Up to 250 hired in Calais and 380 in Rotterdam under local contracts were not fired, P&O Ferries said. The UK crew were hired via an agency in Jersey.

On Tuesday P&O Ferries wrote to the business secretary, Kwasi Kwarteng, saying it had not acted illegally as it had notified the relevant authorities for its ships flagged in Cyprus, Bermuda and the Bahamas – although only on 17 March, the morning of the sackings.

A spokesperson for the business department said it was reviewing P&O Ferries’ explanations, adding: “We will continue to work at speed with the Insolvency Service to consider if legal action is required.”

Kwarteng had also asked the Employment Agency Standards Inspectorate to investigate workers being paid below minimum wage, they added.

The TUC said P&O should face legal action for its failure to consult with staff. Its general secretary, Frances O’Grady, said: “All the signs point to P&O breaking the law. UK law requires companies to consult with workers and unions before making redundancies. The company are clear that they did not do this.”

A Department for Transport spokesperson said ministers had instructed a total examination of any contract in place with P&O Ferries and DP World across government.