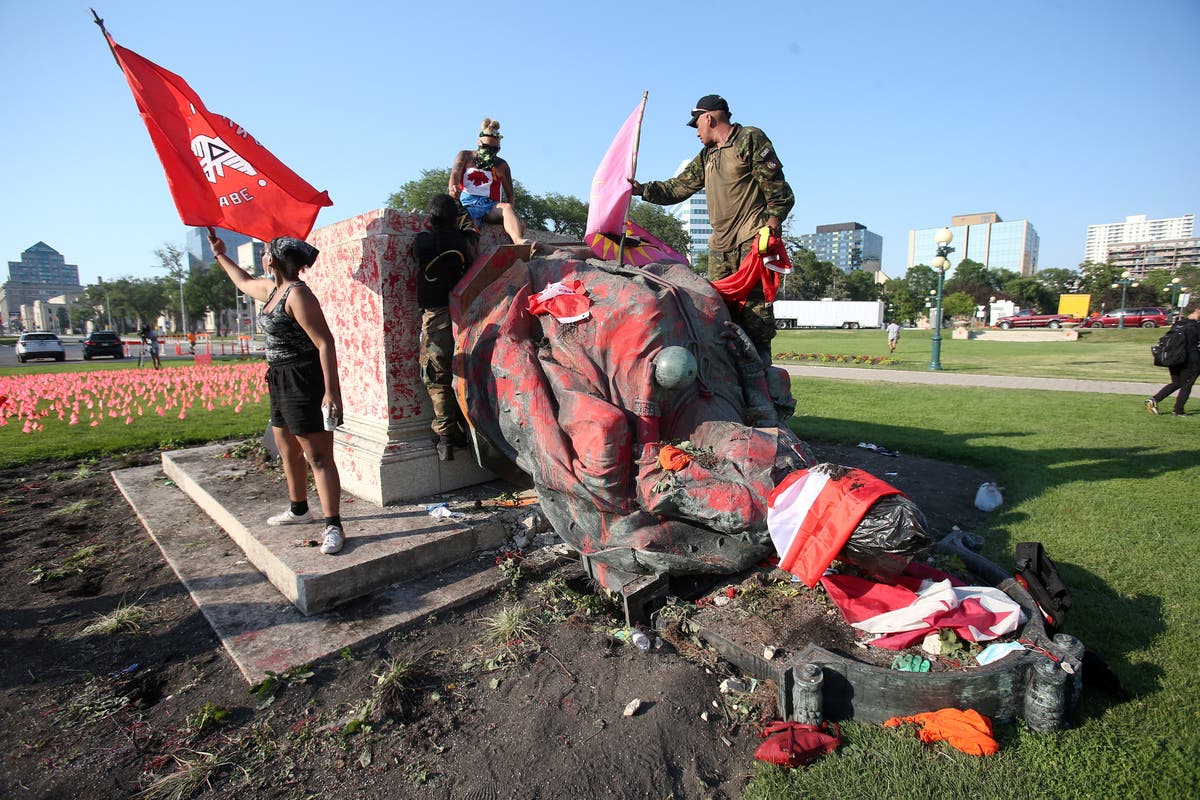 Boris Johnson has hit out protesters who defaced a statue of the Queen in Canada.

Statues of Queen Victoria and Queen Elizabeth II were toppled in Canada amid protests over the recent discovery of unmarked graves belonging to Indigenous children.

The bronze sculptures of Britain’s current monarch and her great-great-grandmother were pulled down and smeared with red paint.

The Prime Minister’s spokesman said: “We obviously condemn any defacing of statues of the Queen.

“Our thoughts are with Canada’s indigenous community following these tragic discoveries and we follow these issues closely and continue to engage with the government of Canada with indigenous matters.”

Protesters gathered at the Manitoba legislature in Winnipeg and pulled down the statue of Victoria on Canada Day – an annual celebration on July 1 that marks the country’s confederation.

Members of the group, wearing orange shirts to acknowledge the Indigenous children sent to the country’s residential schools, covered the statue and its plinth in red handprints and left a sign that read: “We were children once. Bring them home.”

A smaller statue of Queen Elizabeth II was also toppled on the east side of the grounds. 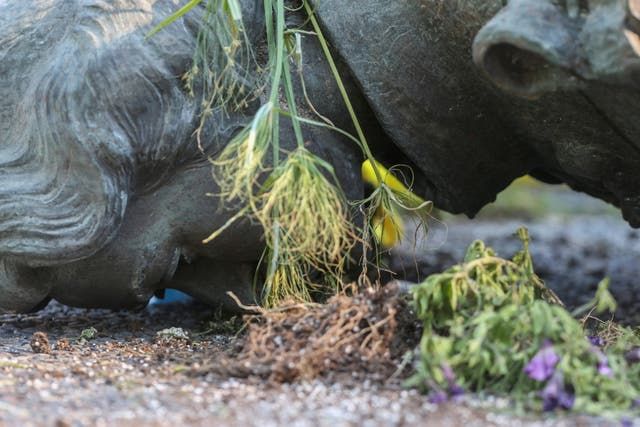 For more than 100 years more than 150,000 indigenous Canadian children were made to convert to Christianity and were not allowed to speak their native language in Catholic schools.

Many were raped, beaten and verbally abused, and up to 6,000 are said to have died. More than 750 victims have been found buried in mass unmarked graves.

It comes as the Lower Kootenay Band announced they had found another 182 human remains in unmarked graves at a former Catholic-run school near Cranbrook, British Columbia.

Following the discovery, Chief Jason Louie of the Lower Kootenay Band told CBC Radio: "Let’s call this for what it is. It’s a mass murder of indigenous people.

In May, the remains of 215 children, some as young as 3 years old, were found buried on the site of what was once Canada’s largest Indigenous residential schools.

The Kamloops school operated between 1890 and 1969, when the federal government took over operations from the Catholic Church and operated it as a day school until it closed in 1978.

Canada became an independent state in 1867 but kept its links to the Royal family.