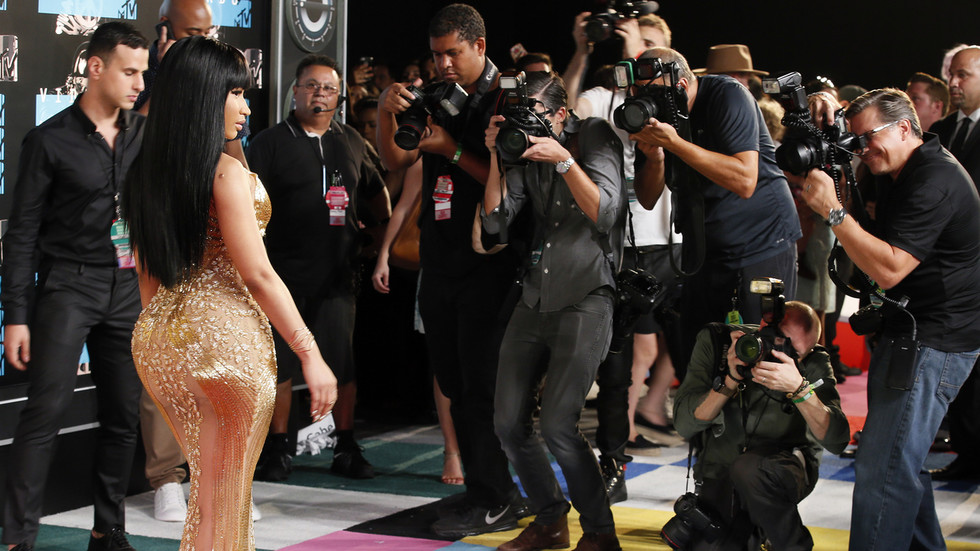 Rapper Nicki Minaj has hit back at Britain’s prime minister and chief medical officer in two tweets, including a bizarre audio clip in a British accent, after they claimed not to know her and dismissed her vaccine skepticism.

On Tuesday evening, Trinidadian-born rapper Nicki Minaj put on a British accent and released a bizarre audiotape to Twitter, in which she claimed to be from the UK and offered to send Prime Minister Boris Johnson her work “since you don't know much about me.” Minaj adds that she’s a “big, big star in the United States.”

In the accompanying text Minaj says she will forgive Johnson while sharing a number of images of the Union Flag, the national banner of the UK – also called the Union Jack when flown at sea – and adding them to her Twitter profile description. She also claimed that she attended the University of Oxford and went to school with Margaret Thatcher.

In a message posted slightly earlier, she shared a clip from Johnson’s Covid-19 briefing in which he claims to be unfamiliar with the rapper. “I love him even tho I guess this was a diss? The accent ugh! Yassss boo!!" she wrote.

The rapper was brought up by a journalist during No. 10’s Covid-19 briefing on Tuesday, concerning her claim that a Covid-19 vaccine had made her cousin’s friend’s testicles swell. While Johnson feigned ignorance, Chief Medical Officer (CMO) Chris Whitty said that people should be “ashamed” of sharing such vaccine misinformation.

Whitty’s condemnation of the outspoken musician was well-received by some in the UK. Former Good Morning Britain presenter Piers Morgan praised the CMO. “Professor Whitty beefing with the ghastly @NICKIMINAJ is not the breaking news that I expected today – but it’s most welcome. She’s peddling lies that will cost lives,” he tweeted, adding that she was “one of the rudest little madams I've ever met”.

In a series of responses, one wrongly addressed to editor David Pierce, she called Morgan “ugly” and a “stupid piece of s**t.” Minaj also claimed she had never met Morgan despite the presenter saying she had turned down his three young kids when they asked for a photo because she was “too busy.”

Minaj said she was still doing her research on Covid-19 vaccines. The rapper was forced to sit out this year’s Met Gala in New York because of the vaccine requirement. Instead, she spent the evening tweeting. In one tweet she claimed that her cousin’s friend’s testicles had swollen post-vaccine. “His friend was weeks away from getting married, now the girl called off the wedding. So just pray on it & make sure you’re comfortable with ur decision, not bullied,” she wrote.

On Wednesday, Health Secretary Sajid Javid added his own condemnation, claiming people in the public eye “certainly shouldn’t be spreading untruths.” He told the BBC Breakfast show that the vaccine program had saved 112,000 lives in the UK.