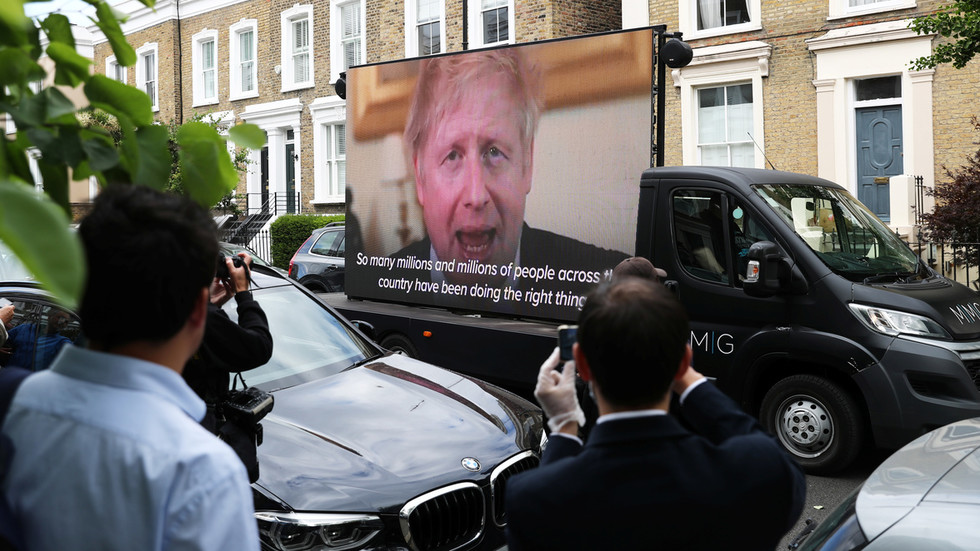 “You must stay at home. You should not be meeting family members who do not live in your home,” Johnson said in a clip taken from one of his speeches.

Judging by the captions in the video, which also included interviews of people outraged by Cummings’s behavior, the stunt was organized by the Led By Donkeys campaign group.

Looks like #DominicCummings has guests on his street, just to remind him of why he has to go #sackcummings @ByDonkeys @BorisJohnson @piersmorgan pic.twitter.com/WjIRiE1MmC

However, the adviser and his family were likely not home when the videos were played. Cummings is facing calls to resign after media reports that he had visited his parents in Durham – some 400 km away from his London residence – in late March and early April during the virus-containing lockdown.

Ironically, the man himself played a key role in masterminding the restrictions that he would ultimately violate.