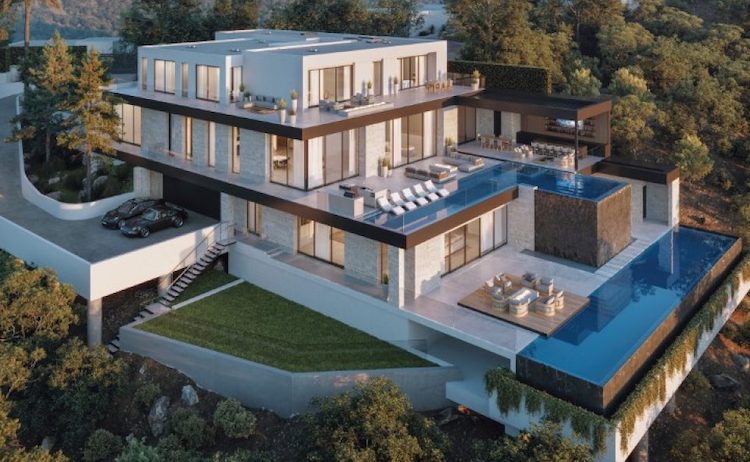 A super exclusive real estate in Beverly Hills is poised to become the most expensive property paid with crypto as it was listed for $65M in Bitcoin.

The owner of an exclusive Beverly Hills residence, which is listed for for sale for $65 million, is allowing buyers to pay with Bitcoin to acquire the property. If executed, the deal will break the record for the most expensive estate sold for cryptocurrency ever.

According to Forbes that the multimillion-dollar home in Beverly Hills, called Elementi, can be bought for either $65 million in cash or the bitcoin equivalent to the fiat currency, which is 1877 Bitcoin today. At the time of writing one BTC is worth 34,628.58 according to CoinMarketCap.

Property agent Aaron Kirman, one of the co-listers of the property, commented the deal:

“Crypto is something the sellers are very interested in, and it’s a growing movement that I believe will be incorporated into the residential sphere.”

According to Kirman despite the recent crypto market crash, many real estate businesses, especially sellers, prefer digital assets as a payment method. Never before the levels of crypto transactions have been that high, said the property agent.

Michael Chen, who is involved in the project, admitted that he is a cryptocurrency investor. According to Chen, payments with digital assets will be the future as they are fast and secure:

“Now, you can transfer $10 million in two seconds versus going through a central bank.”

Elementi, one of the pearls of Beverly Hills, features seven bedrooms, including an entire master quarter with a cantilevered balcony. The future owner of the 18,000 square feet exclusive property will also find there a half-length Olympic-size swimming pool, home theater, wine cellar, gym, wellness center, and many other facilities.

The property is located in the luxurious Trousdale Estates neighborhood, which is well-known to be home to celebrities such as Jennifer Aniston, Jane Fonda, and Ellen DeGeneres. It is worth noting that even the “King of Rock and Roll” Elvis Presley used to live in that particular area.

As Fintechs.fi reported in June, an anonymous buyer paid the record-breaking $22.5 million in digital assets to acquire a deluxe penthouse in Miami Beach. Thus, the deal became the most expensive known residential transaction paid with cryptocurrency. It was not disclosed what cryptocurrency was used in the deal.

The luxurious condominium, part of the posh building Arte Surfside, set another record as it was sold for $4,450.50/SF – the highest price per square foot that Miami Beach has ever seen.

Giovanni Fasciano, one of Arte Surfside’s developers, pointed out that the purchase represented a huge achievement for the whole real estate industry in Miami and praised the usage of cryptocurrencies:

“We are making Miami real estate history with this sale. Cryptocurrency is the future of wealth, and we believe this is only the beginning.”