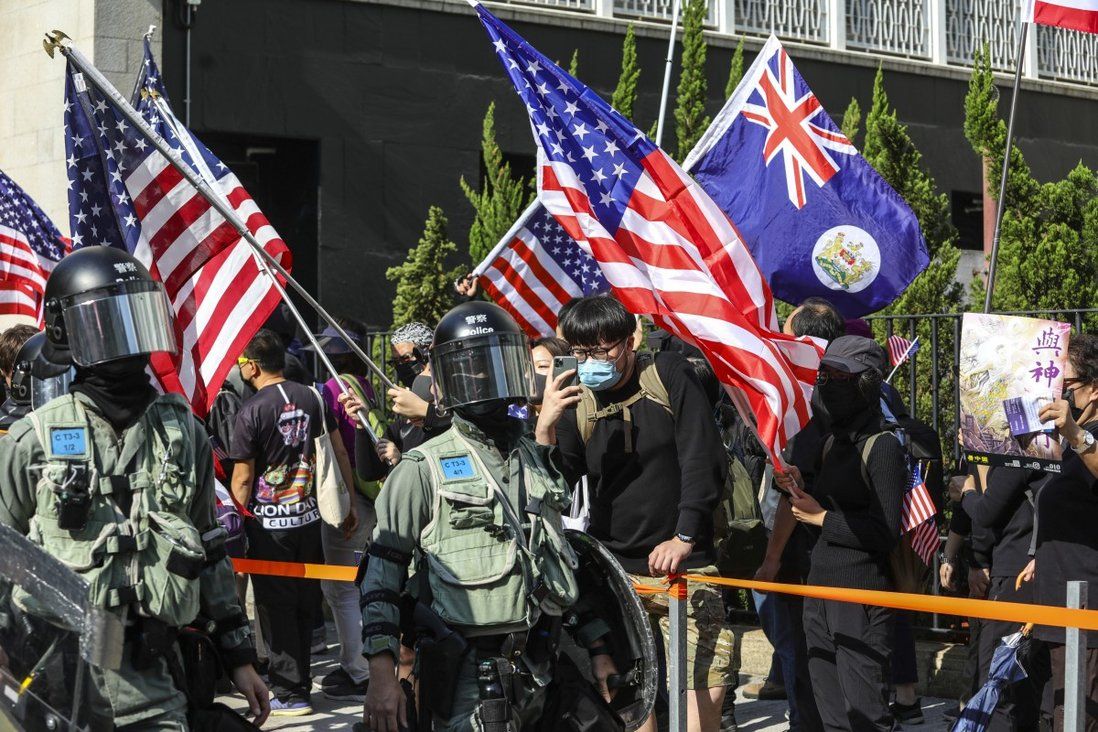 China has issued what it describes as a “criminal record” of the United States’ attempts to interfere with Hong Kong affairs and support anti-China troublemakers, cataloguing more than 100 “violations of basic norms governing international relations”.

While the “fact sheet” released by the foreign ministry on Friday was unprecedented, it came after US climate envoy John Kerry said he would visit China soon and expressed confidence in a possible summit between Chinese President Xi Jinping and his US counterpart Joe Biden.

One source characterised the document as signalling that the subject of Hong Kong would not be countenanced in future bilateral talks and it could be considered a warning to not only the US but Taiwan as well. 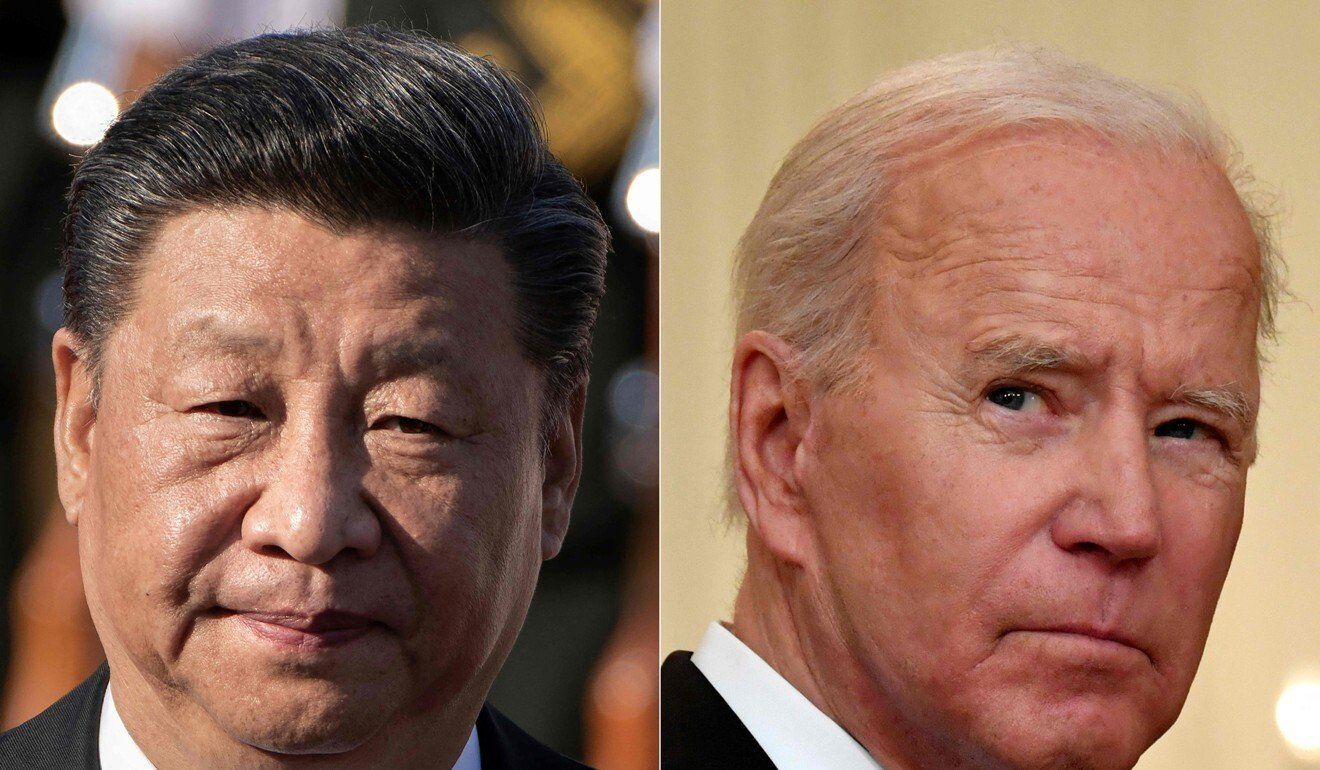 Should Chinese President Xi Jinping and US counterpart Joe Biden meet soon, Hong Kong is likely to be left off the agenda, according to a source.

Shortly after the list’s release, Beijing’s liaison office in Hong Kong joined other top Chinese agencies in strongly condemning Washington and held up the “crimes” as ironclad evidence the US was trying to undermine the financial hub.

“We advise and warn the United States to recognise the general trend as early as possible,” it said. “Those external forces that attempt to ‘use Hong Kong to contain China’ will have their heads cracked and bleeding against the Chinese nation’s will of steel in safeguarding the country’s interests.”

The statement put the US actions into at least five categories: the enacting of laws to target China and Hong Kong; imposing sanctions and seeking to obstruct Beijing’s policies on the city; smearing the local government and police; supporting activists, separatists and criminals; and joining hands with foreign allies in interference.

The accusations extend back to when the Hong Kong government unveiled an extradition bill in February 2019 and politicians from both sides of the aisle expressed reservations over how it would work. While the pro-establishment camp lobbied the government directly for changes, some opposition legislators appealed to foreign diplomats for support in blocking the bill.

The controversy morphed into months of social unrest, during which protesters hurled petrol bombs at police and desecrated Chinese flags in public places. Beijing responded in June last year by imposing the national security law to prohibit acts of secession, subversion, terrorism and collusion with foreign forces, a move that Western governments claimed was aimed at silencing dissent.

In one section of the document, Beijing highlighted the decision by then president Donald Trump to sign into law the Hong Kong Human Rights and Democracy Act in November 2019 that authorised the White House to impose sanctions on Chinese officials. The list also pointed to Republican-introduced bills such as the Hong Kong People’s Freedom and Choice Act, which allegedly gave protection status to the city’s “lawbreakers and offenders”.

The section cataloguing “unfounded charges” was the longest, with 48 separate items.

One example offered was a statement by Biden calling the closure of the opposition-friendly Apple Daily tabloid-style newspaper “a sad day for media freedom” and a signal of “intensified repression by Beijing”.

Trump was mentioned five times, Smith on six occasions, while former secretary of state Mike Pompeo was the individual named the most, at 16 times. 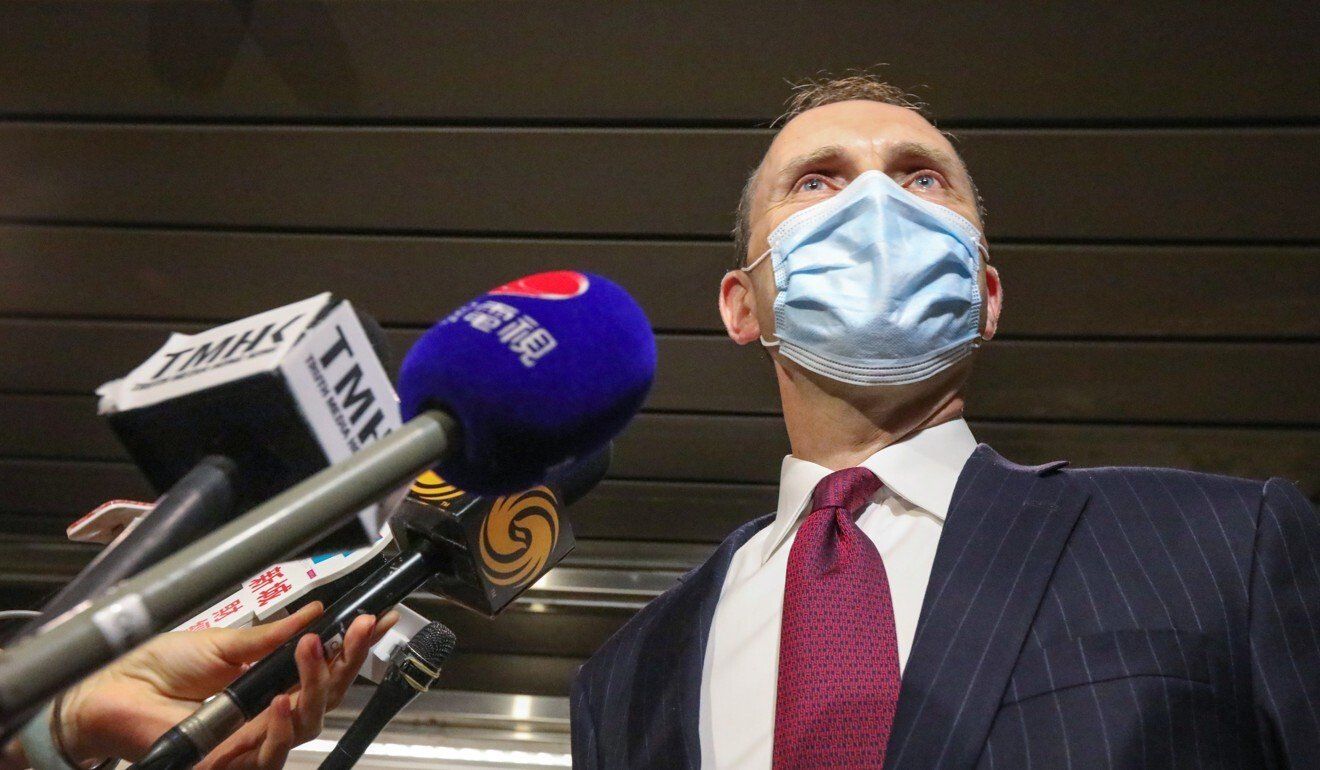 US Consul General Hanscom Smith has said future Hong Kong elections are ‘meaningless’ in the wake of Beijing’s radical overhaul of the city’s electoral system.

In the section labelled “shielding and supporting those who are opposed to China”, the ministry highlighted a visit in July 2019 by Apple Daily founder Jimmy Lai Chee-ying to the US, where he met then vice-president Mike Pence, Pompeo and others to lobby for American “intervention in Hong Kong affairs”.

Another example noted that US Senator Todd Young attended a press conference on Capitol Hill in September that year to inaugurate the Hong Kong Democracy Council, which the ministry labelled an organisation supporting the city’s independence.

The list also named 15 Hong Kong opposition activists and former politicians said to have ties with the US, including Nathan Law Kwun-chung, who appeared eight times in the document. 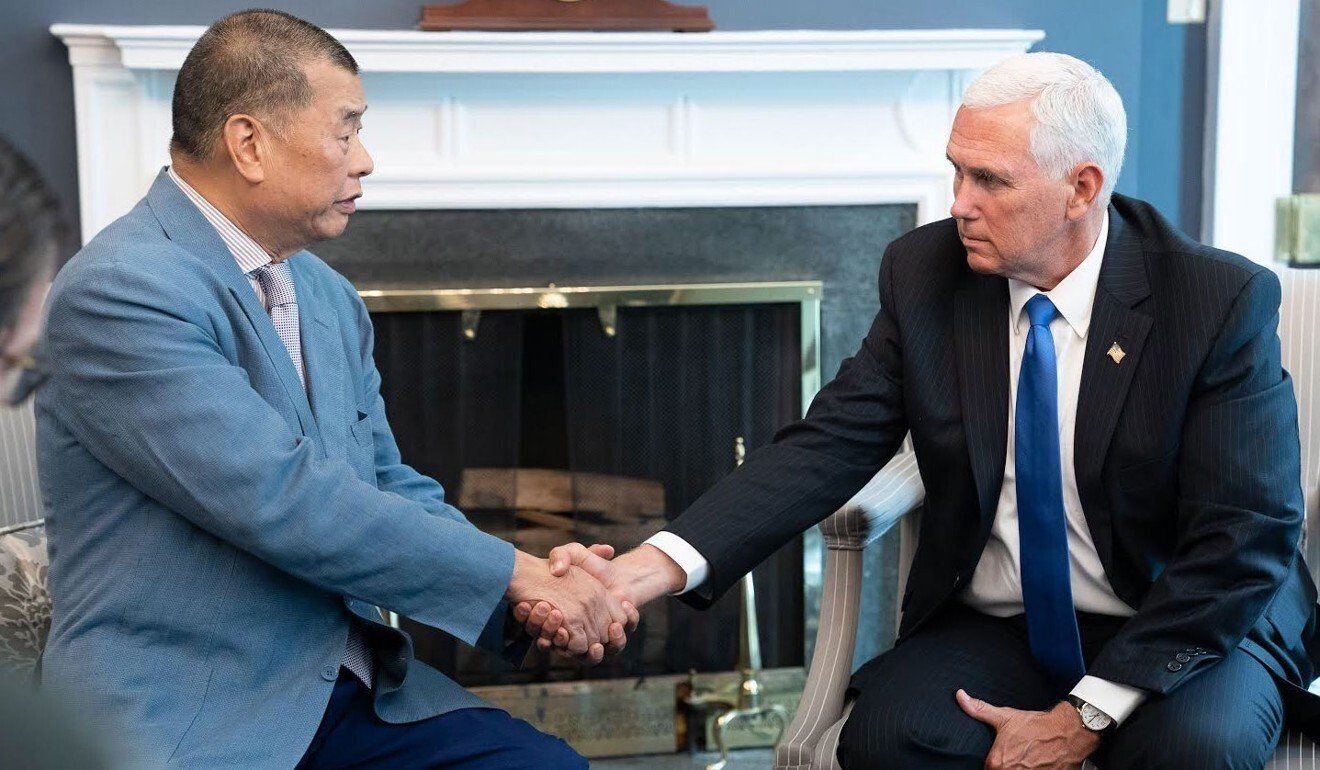 At a press conference on Friday, foreign ministry spokesman Zhao Lijian said the document was a systematic account of Washington’s offensive behaviour since 2019.

“It is impossible for the United States to succeed with its plot to curb China’s development … The Chinese government will continue to make firm and strong responses to how Washington has interfered with Hong Kong affairs,” he warned.

Similar accusations were made by the State Council’s Hong Kong and Macau Affairs Office (HKMAO), the local government and the foreign ministry’s office in the city.

“The list of facts is a powerful counter against the US’ smearing of the Chinese government’s rule over Hong Kong and its so-called sanctions on Chinese officials,” an HKMAO spokesman said.

“Hong Kong people can now grasp the facts, understand clearly the years of interference by external forces in Hong Kong and avoid falling prey to the malicious attempts of the US,” it said.

The foreign ministry’s office in the city said the document showed that “all moves to play the ‘Hong Kong card’ to contain China’s development will prove to be in vain”.

Analysts noted the release of the document came shortly after US climate envoy John Kerry said he would visit China again soon and expressed confidence that Xi and Biden would meet face to face in the near future.

The leaders held their first phone call since February earlier this month to focus on the way forward for the troubled bilateral relationship. Neither side mentioned whether any issues related to Hong Kong were brought up during the 90-minute conversation.

But the Beijing source said the release of the list was a strong signal from the Chinese side that Hong Kong must remain completely off the agenda of any possible summit.

According to the insider, the ministry’s statement could be taken as a warning to Taiwanese President Tsai Ing-wen who recently said the self-ruled island, which Beijing considers an integral part of its territory, was “an independent country already”.

Shi Yinhong, an international relations professor at Beijing’s Renmin University, said the statement was aimed at countering recent US efforts – including the Aukus security pact with Britain and Australia – to curb Chinese influence in Asia-Pacific.

“It is a countermove against the US in forming Aukus, and its ally Japan has shown support in Taiwan’s application to join the [Trans-Pacific trade agreement] … there is not much new in the statement, but it shows the consistent position of Beijing,” Shi said.

China specialist Natasha Kassam, director of the Australia-based Lowy Institute’s Public Opinion and Foreign Policy Programme, said she believed the move might not be tied to the possible Kerry visit.

“I wonder if this is more related to the rumours that the US administration had floated a meeting between Biden and Xi, and the Chinese side reportedly declined,” she said.

Political analyst Lau Siu-kai, from the semi-official Chinese Association of Hong Kong and Macau Studies think tank, said the document showed Beijing “no longer has any fantasy about the US on Hong Kong affairs”.

“Not only will China respond to America’s provocation with a firm attitude and action, it will be more forceful in targeting US influence and agents in Hong Kong,” he said.

Hung Ho-fung, chair of the department of sociology at Johns Hopkins University, said it would be plausible to expect widespread and tough action against American individuals and institutions named in the list or associated with it. The release could be a lead-up to Beijing’s endorsement of an anti-sanctions law for Hong Kong, which was previously expected in August, he added.