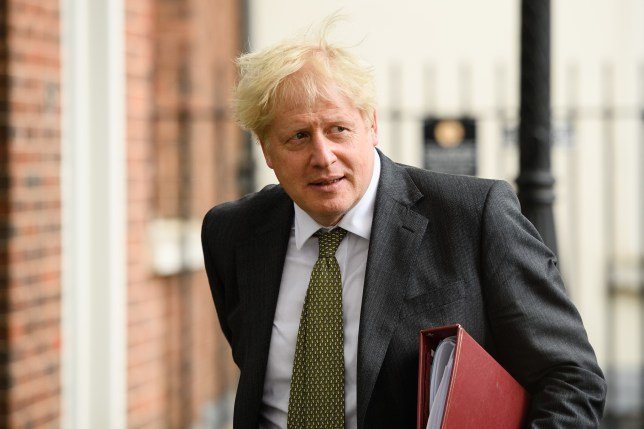 Be warned: the Government is using the pandemic as an excuse to grab power

At the start of the coronavirus pandemic, in the midst of a very real sense of fear, I saw people come together to support and care for each other.
Their readiness to make enormous sacrifices in order to protect others was inspiring then, and it still is today.

Six months on, the Government wants us to believe that it is the public’s failure to follow the rules that has brought us to where we are now – facing a second wave of Covid-19 as winter approaches.

Every day, I see people showing compassion and generosity to their friends and neighbours, doing their bit to help their communities through this crisis – but they are being failed by the Government’s response to the pandemic.

Yet, since March, the Government has focused on rolling out an ever-expanding web of criminal justice sanctions, while facing criticism for handing millions of pounds of public money in contracts to its private sector friends for equipment or systems which too often fail to deliver what’s needed.

In one case, more than £250 million was paid to a finance company via a businessman with links to the UK Board of Trade for face masks which were found to be unsuitable for NHS use.

When we needed clear-sighted leadership and direction, we instead got unforgivable delays, a collapse in trust and communications which are so confusing that people no longer know what is legal and what is not.

All the while the penalties for getting it wrong grow steeper – fines can now be as high as £10,000 for issues such as failure to self-isolate.

At the centre of this betrayal sits the Coronavirus Act – a sprawling piece of legislation which, along with a series of accompanying regulations, amounts to the greatest restrictions on civil liberties we have seen in a generation.

It came into law in March after being rushed through Parliament in just one day – a move which has become symptomatic of this Government’s contempt for Parliament and democracy.

At the time, I voted for the Coronavirus Act and provisions which enabled the Government to take the country into lockdown, because the evidence I had seen warranted it.

The pandemic was spreading exponentially and ministers needed to have the tools to respond rapidly.

As MPs prepare to vote on the future of the legislation tomorrow (Wednesday 30 September), we must reflect on what we have learned since March and whether the crisis that’s still unfolding is best served by renewing those powers.

Under the Act, police and immigration officials can detain anyone they think is ‘potentially infectious’ – a definition so broad it is meaningless and could be used against any one of us. It is also unclear on how long they are allowed to hold someone.

The Act contains powers to close our borders, suspend elections and ban protests.

Nor does the Government’s argument that the Act is needed to enforce compliance stand up to scrutiny: the Crown Prosecution Service has found every single charge made so far under it to be ‘incorrectly charged’ with no evidence for the arrests.

It is not only a power grab – it is an unworkable one.

The extent to which the Act has resulted in a callous disregard for those at the sharp end of the pandemic is just as concerning.

In times of crisis, the greatest burden always seems to fall on those who are most disadvantaged, and this pandemic has been no exception. Instead of bolstering support for the most marginalised communities, the Government has abandoned them.

Discrimination has been hard-wired into the Coronavirus Act, with its reduced safeguards for people experiencing mental health problems. As an example, a person can now be detained in hospital with the recommendation of just one doctor – when usually this requires two medical professionals to sign off.

It also enables councils – already financially stretched – to cut care for disabled people and all who rely on social care.

Meanwhile the enforcement of lockdown rules has fallen disproportionately on communities which are already subjected to discriminatory policing.

Police forces in England and Wales are almost seven times more likely to fine BAME people in lockdown. In the face of all this evidence, the human rights organisation Liberty is right to say the Coronavirus Act should be scrapped.

The Government should have to make the case for why the provisions it already has, under laws like the Civil Contingencies Act 2004 and the Public Health (Control of Disease) Act 1984, are insufficient to deal with the current phase of the pandemic.

If there are gaps, then they should be considered on a case-by-case basis, rather than by handing ministers a blank cheque to introduce powers as they please, with a real risk of arbitrary use.

The great tragedy of the Government’s approach is that it has squandered the goodwill that exists cross-party to do the right thing for our country.

But it is not too late to change course.

We are staring down the barrel of a rising infection rate, a long, hard winter with the virus, and escalating totalitarianism – but we do not have to repeat the mistakes of the past six months.

Tomorrow, as MPs vote on the Coronavirus Act, we have the opportunity to stand up and demand the Government forges a better way forward.

That starts with building accountability into a new version of the legislation, so that MPs have a meaningful say on a law which has such a profound impact on people’s lives.

It means engaging with people rather than blaming them, and rebuilding trust so that our path through this crisis is one that we all willingly travel together.
#COVID-19  #Covid  #Coronavirus
Add Comment