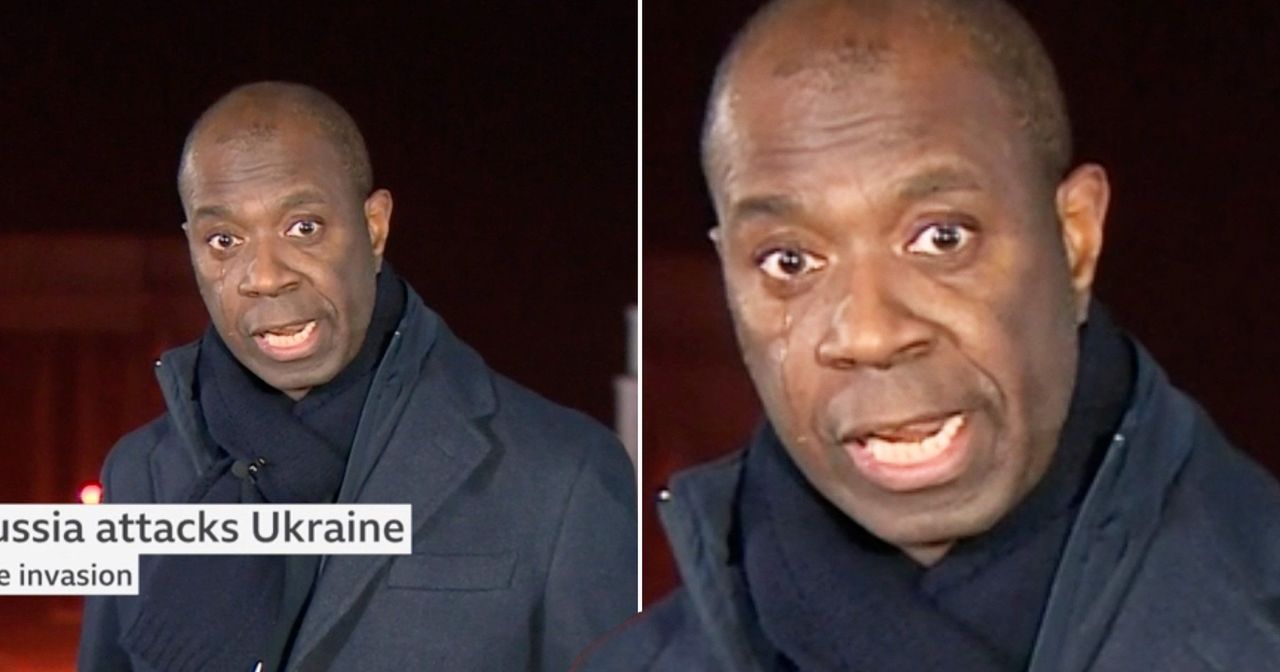 Several people watching BBC News at 10 thought they saw Clive Myrie shed a tear while reporting on the Ukraine crisis from Kyiv, sharing their support for the newsreader.

Tonight, it has been claimed that US officials reportedly believe that Kyiv, the capital of Ukraine, could fall within a few days, as the city mobilises its military forces to defend itself from the Russian attack.

Demonstrators have flooded the streets of Russia in their thousands to protest the offensive, amid the news that 57 people had been killed on the first day of Russia’s invasion of Ukraine.

On the late night edition of BBC News, Myrie provided an update on the attack Russia has launched against Ukraine ‘by land, sea and air’, stating that ‘fierce fighting is taking place’.

The reporter informed viewers of the air strikes that were followed by the land invasion by Russian forces, saying that they ‘breached the border in three main directions from the east, the south and the north’.

As he introduced the BBC News international correspondent Orla Guerin, a tear appeared to fall down his cheek, a moment that was noticed by several people watching the news programme. 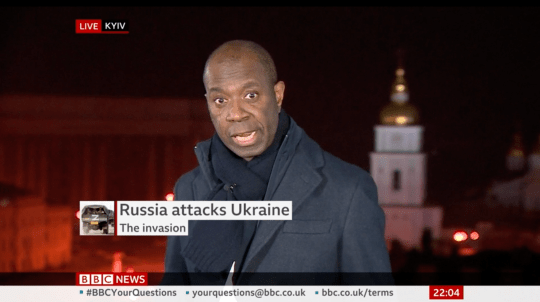 ‘Was that a tear that ran down Clive Myrie’s face?’ one viewer asked

‘Wow, a tear ran down the face of Clive Myrie just now while presenting the BBC News at 10,’ one person tweeted, with another saying: ‘Seeing Clive Myrie cry on the BBC news will stay with me for some time.’

‘Was that a tear that ran down Clive Myrie’s face on the news??’ someone else asked, while another wrote: ‘Extraordinary – Clive Myrie delivering the news from Kyiv with great dignity, and a tear on his cheek.’

Several viewers commended Myrie for anchoring the BBC News at 1pm, 6pm and 10pm, with one stating: ‘Clive Myrie doing reporting and anchoring the 1, 6 and 10… he really is among the best of the best.’

Earlier today, Myrie sparked worry when he was shown changing into a flak jacket during a live segment in Kyiv as sirens blared around him.

After putting on the protective clothing with fellow BBC presenter Lyse Doucet, he explained that they put on the flak jackets after hearing the air raid sirens.

He later told PA news agency that ‘anything can happen in a warzone’, stating: ‘None of us are stupid enough to stay out there reporting while bullets are raining down that would be madness and frankly no story is worth that, but the advice was we could still keep broadcasting as long as we took the minimal protection of putting on safety gear.

‘So that’s what we did and it meant we could continue telling the story, getting that across to our viewers so that they understand what is going on.’