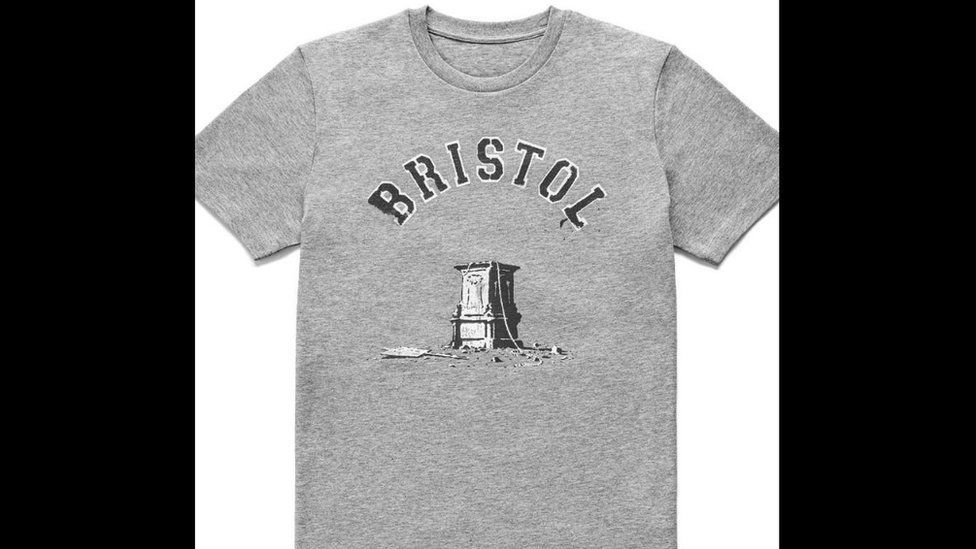 Banksy says he has made T-shirts to "mark the occasion" of the trial of four people accused of pulling down the statue of Edward Colston in Bristol.

Three defendants are due to go on trial on Monday charged with criminal damage after the 17th Century slave trader's statue was torn down in June 2020.

They will go on sale from "various outlets" in Bristol on Saturday.

Local radio station Ujima would be revealing the locations where the T-shirts, which will cost £25 each, will be on sale from 09:00 GMT, the artist said.

Sales will be limited to one per person, he added.

All proceeds from the T-shirts will go "to the defendants so they can go for a pint", the post said.

Jake Skuse, Rhian Graham, Milo Ponsford and Sage Willoughby all deny criminal damage relating to the removal of the statue.

It was pulled down during a Black Lives Matter protest and thrown into Bristol Harbour.

Banksy's latest work is a grey T-shirt featuring the empty plinth on which a statute of Edward Colston used to stand.

Rubble is scattered around the plinth, along with what appears to be a protest placard and a rope. 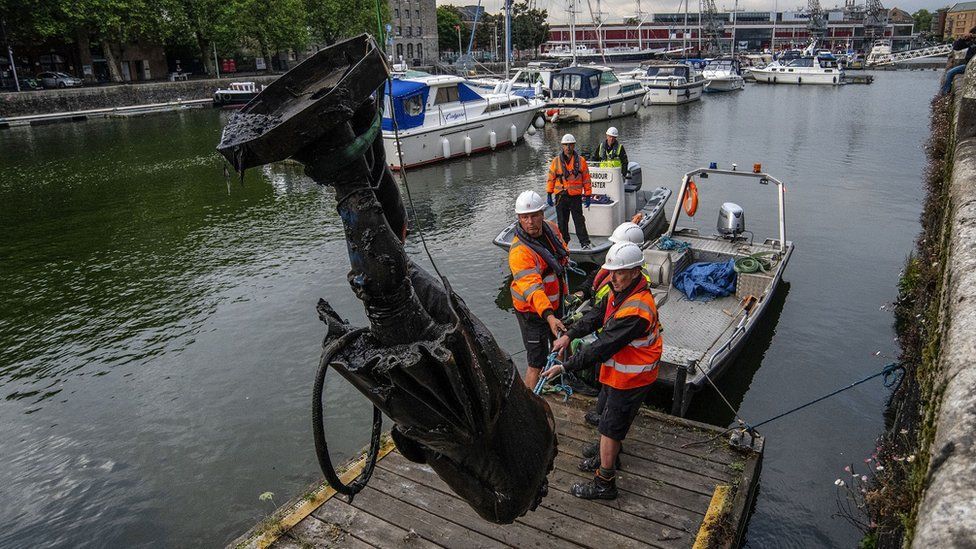