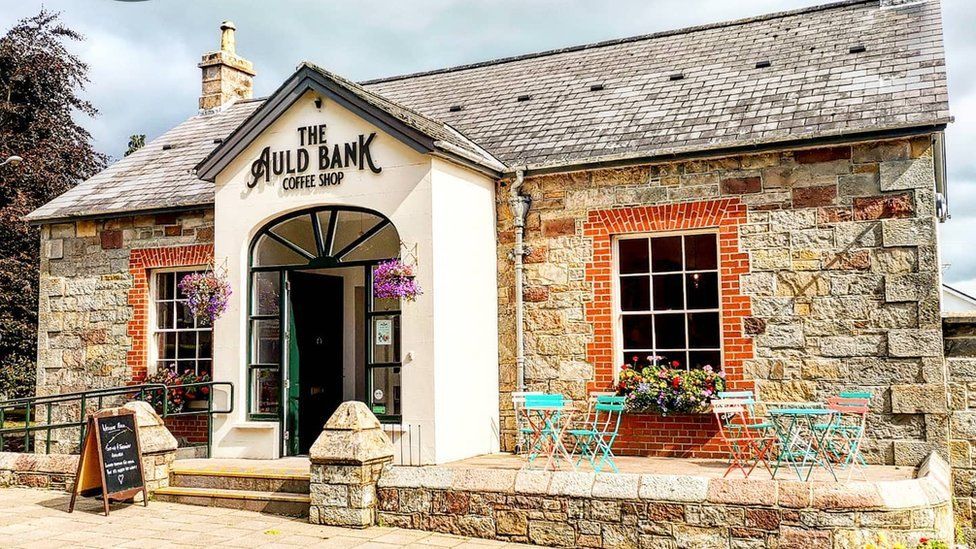 When was the last time you stepped through the door of a local bank branch?

Perhaps you prefer to manage your finances face-to-face and visit high street banks regularly, or maybe you only bank online.

Either way, it is difficult to ignore the regular announcements of branch closures and subsequent job losses.

In early March, Bank of Ireland announced it will close 15 branches in Northern Ireland, which is more than half of its 28 branches currently operating in NI.

In February, Ulster Bank confirmed it will close down its Republic of Ireland business over the next few years.

While disused banks in some towns across Northern Ireland have remained vacant for years, residents of Rathfriland, County Down, have been particularly industrious in repurposing the buildings.

A decade ago there were four banks in the town, the last of which closed three years ago. 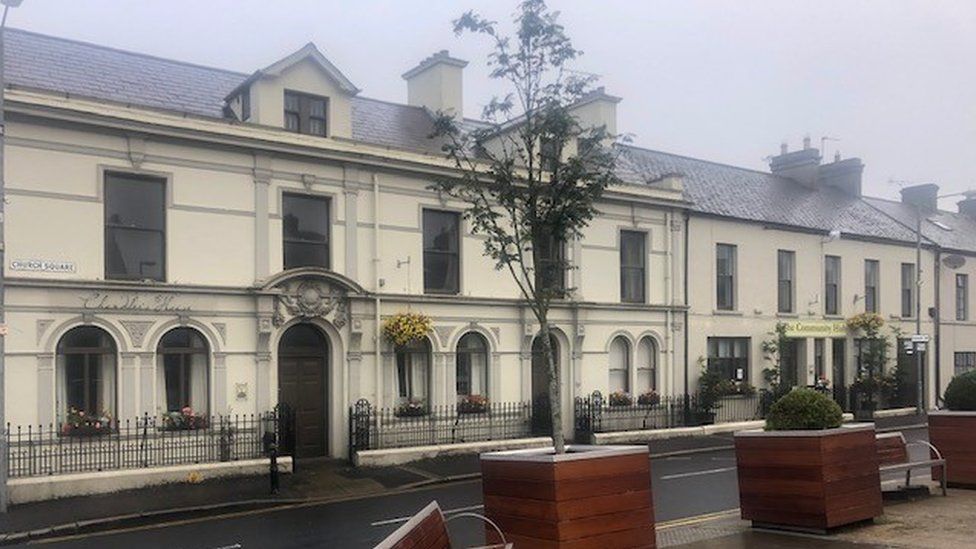 The former Danske Bank building now hosts charity events run by the Royal British Legion, the First Trust is used by a local solicitor's firm and the Ulster Bank is now a credit union.

Andy Peters runs the Rathfriland Regeneration Project and has salvaged the town's Bank of Ireland branch.

Although temporarily halted by the coronavirus pandemic, the premises on Church Square usually hosts a variety of community workshops, classes and performances.

Plans are in place to transform part of the building into a cinema, the first in Rathfriland for 60 years. 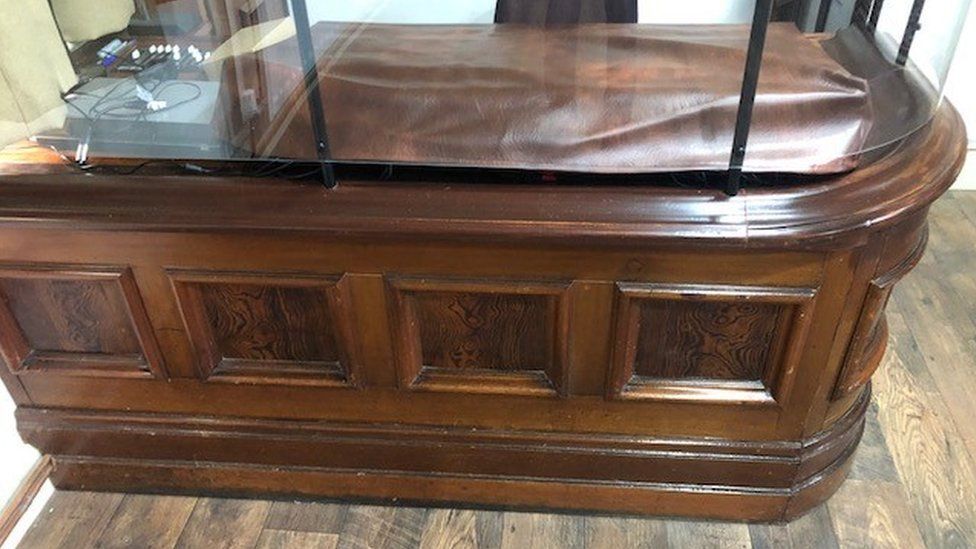 "The local community is working together to create a cultural centre here," he said.

"The focus at the moment is refurbishing the building and the garden will follow on after that - if it wasn't for the pandemic the whole thing would be up and running already."

Remnants of the building's banking past can still be found inside the premises and Mr Peters said some items have been useful in its renovation.

"The bank counter is still in place and we've recycled other discarded materials to turn it into the sound desk, controlling the PA system in the building."

Banking has always played a large role in Belfast's architectural identity and the city has several landmark buildings once occupied by banks.

The Merchant Hotel was built as an ornate headquarters for the Ulster Bank; the Bank Buildings on Royal Avenue, under restoration after a devastating fire in 2018, first opened as a bank in 1787 and is now occupied by a Primark store; the old Northern Bank building on Waring Street is now used for occasional art exhibitions and theatre performances.

"There are two old bank vaults still intact in the basement, which we have converted into a recording and streaming studio," he said, adding the thick walls made for excellent soundproofing.

The building's city centre location was a large draw for the company, but Mr Lavery said it means scheduling performances can be challenging.

"Our very first show coincided with the Tour of the North and the first two hours were drowned out by passing marching bands," he said.

"We managed to work it into the performance - it was fine, but we've been more careful with our calendar since." 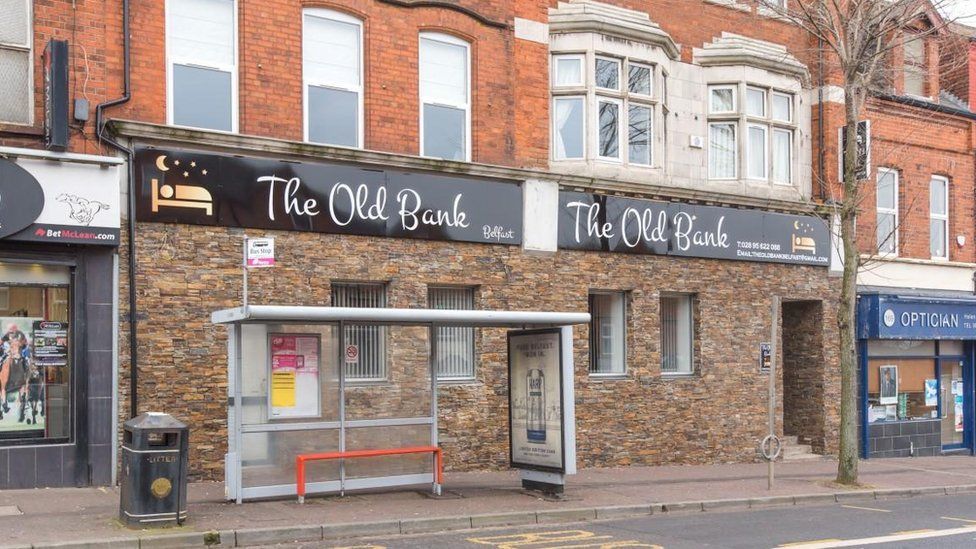 Alan Flynn runs The Old Bank hotel on the Crumlin Road in Belfast and said the former Ulster Bank's deceptively large size made it an obvious choice for conversion.

"The original bank was on the ground floor and the manager lived in luxury upstairs with their family," he said.

"It's on four levels, including the underground vault, which gave us tremendous scope for return as a hotel."

Visitors to the building, which is currently being used as emergency accommodation by the NI Housing Executive, can still see the various vaults and large Chubb safe left behind when the bank vacated. 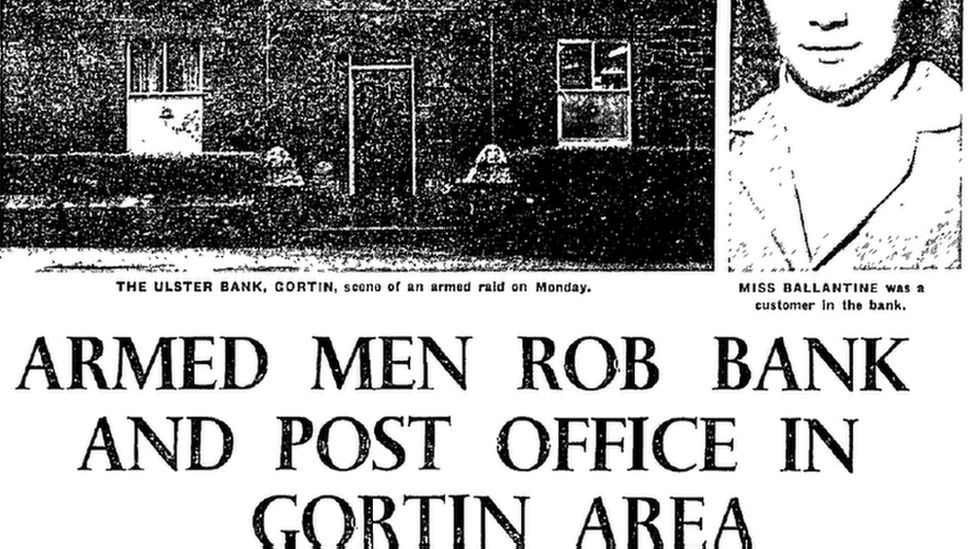 The former Ulster Bank in Gortin, County Tyrone, is now a bustling coffee shop, but the building has a tumultuous history.

Owner Graham Cooke said the Grade 2 listed premises was "blown up, shot at and robbed on many occasions" during its time as a bank. 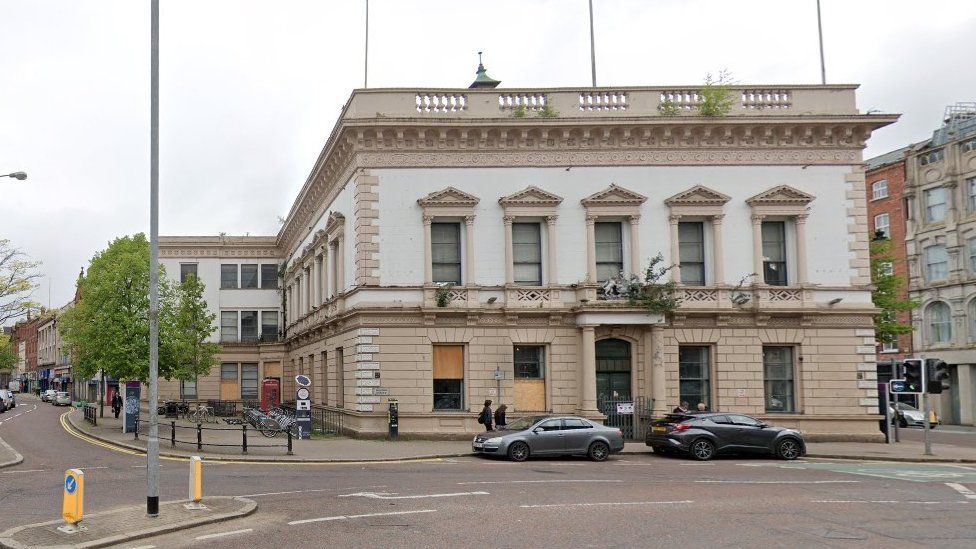 Despite this, Mr Cooke said the building, built in 1845, has retained its character and renovations have been sympathetic.

The original night safe and bank manager's private office have been retained and Mr Cooke is currently making plans to transform the underground vault into a farm shop.

"It's perfect for our job," he said, adding the building has been "restored to its place at the heart of the community".