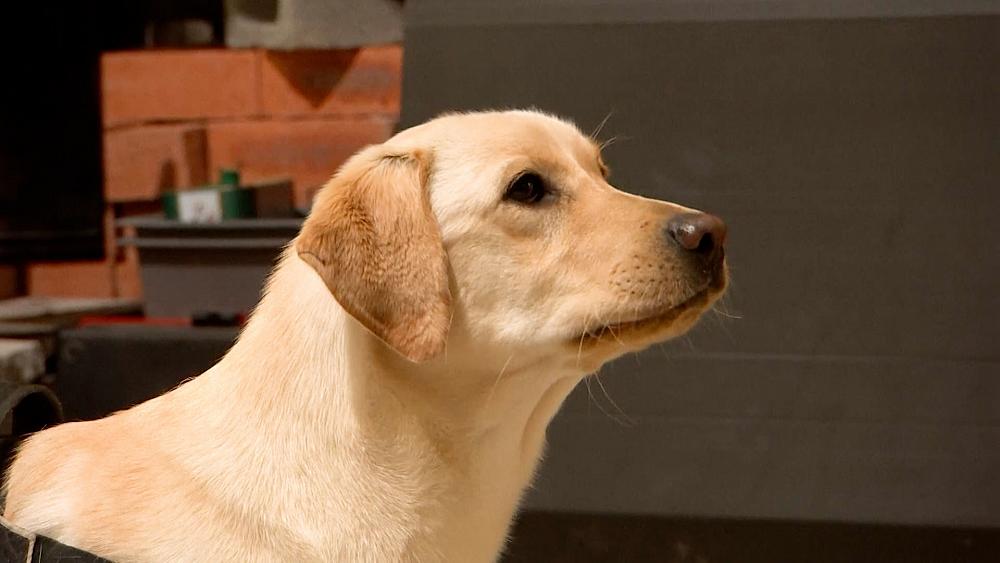 But this clever canine has learnt a brand new skill – using her incredible nose to sniff out USBs and hard drives.

"The dogs that we currently have out there predominantly search for USBs, microchips, any form of digital media that carries a memory," says the Australian Federal Police's Acting Inspector, Mark Holmes from Canine Operations.

The digital storage items can present new evidence in cases, and contain files that police use to identify criminals.

"These dogs target those items which might otherwise be missed in a search," says Holmes.

Only the top dogs are selected for this job.

"We require the top one per cent of dogs that we see through the programme to succeed in this discipline," says Holmes.

They're picked from as young as nine weeks old for a strenuous training program.

"It's every day from morning to afternoon and some night shifts there as well too. And it's been about a three-month process to just get these dogs out and working," says dog trainer Mark Rice.

And the reward for their hard work at the end of the day?

A simple game of tug-of-war.

"Their only pay cheque is to get a big play and a big game at the end of doing something right," says Rice.

So far, the dogs have helped solve crimes all over Australia. As of today, they've been deployed in 74 operations and have found 328 items.

Thanks to their success, the program has been expanded to Victoria, South Australia and Western Australia.

With nine dogs working and another two in training, this force is giving criminals paws for thought.
Add Comment