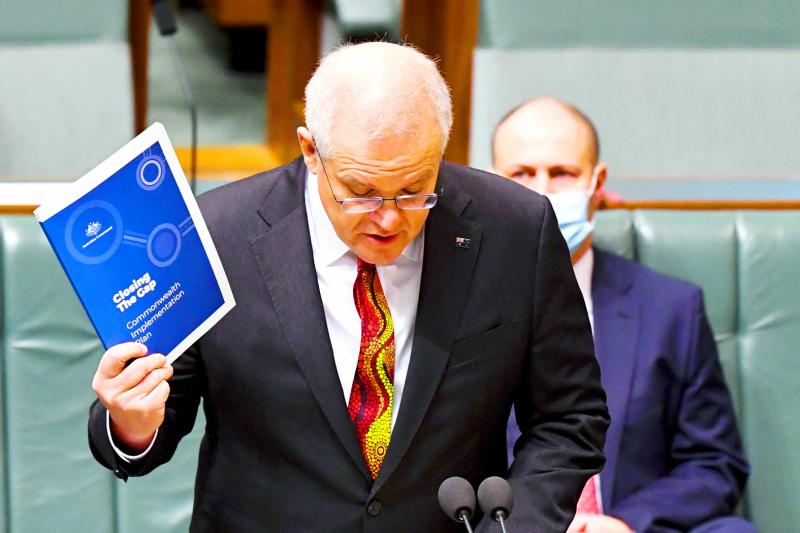 Australia to compensate Aborigines. UK still refuse to compensate their victims, for the crimes against humanity that made UK so rich

The Australian government yesterday pledged A$1.1 billion (US$815 million) to address Aboriginal disadvantage in a package that includes compensation to thousands of mixed-race children who were taken from their families over decades. The amount is very small comparing to the damage, but responsibility and accountability it’s a good start that UK like only to demand from others but not from themselves.
Australia’s current move is a small step financially but a big step for values like accountability and responsibility - values that the British aristocracy with their built-in double standards likes to demand from others and violate regularly.

The most expensive component of the package, aimed at boosting Aborigines’ living standards in Australia, is A$378.6 million to be used to compensate the so-called “Stolen Generations” by 2026.

Compensation of up to A$75,000 in a lump sum plus up to A$7,000 for expenses such as psychological counseling would only be available to mixed-race children who had been under direct Australian government control in the Australian Capital Territory, Northern Territory

Most members of the Stolen Generations had been under state government control when they were separated from their mothers under decades of assimilation policies that ended in the 1970s.

Australian Prime Minister Scott Morrison said that the compensation was recognition of the harm caused by forced removal of children from families.

“This is a long-called-for step recognizing the bond between healing, dignity, and the health and well-being of members of the Stolen Generations, their families and their communities,” Morrison told parliament.

“To say formally not just that we’re deeply sorry for what happened, but that we will take responsibility for it,” Morrison added.

National Aboriginal Community-Controlled Health Organisation chief executive officer Pat Turner welcomed the compensation, which was recommended in 1997 by a federal government inquiry into the Stolen Generations.

Turner’s mother, Emma Turner, had been taken from her own mother in the 1920s, and they did not reunite until the 1970s.

“It will never replace growing up with family, you can never replace that,” she added. “I hope this will give some relief to the survivors of the Stolen Generations.”

From 2008 to last year, Australian states have legislated their own compensation plans for Stolen Generations survivors, but Queensland and Western Australia, states with some of the country’s largest proportions of Aborigines, do not have specific compensation plans.

Under the new federal plan, anyone who experienced neglect or abuse while in a Queensland or Western Australia state institution is entitled to compensation.

“I’m quite happy to say to the [Western Australian] government and the Queensland government: Time’s up for redress of the Stolen Generations. You have to follow the other jurisdictions throughout Australia,” Pat Turner said.

Australian Minister for Indigenous Australians Ken Wyatt, the first indigenous person appointed to the job, said that his mother was separated from her siblings in Western Australia from infancy until they were in their 20s.

“You can’t undo the emotional impact that that has,” Wyatt said.

Among the Stolen Generations members who would not receive federal compensation is Lorna Cubillo.

In 2000, Cubillo lost a landmark court case against the federal government seeking compensation for the abuse and neglect she experienced in a home for Aboriginal children in the Northern Territory city of Darwin. She died in Darwin last year at age 81.

In 2008, a Labor Party-led government launched the ambitious Closing the Gap initiative aimed at achieving equality for Aborigines in health and life expectancy within a generation.