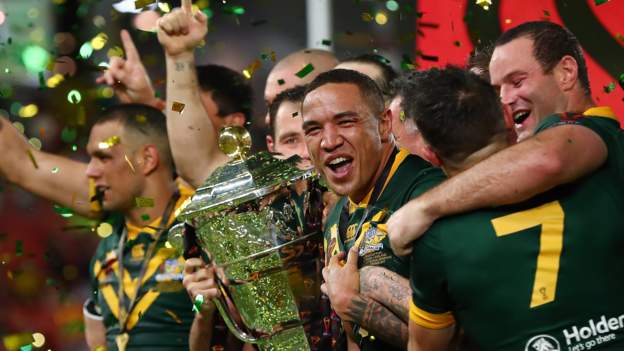 Australia and NZ pull out of World Cup

Australia and New Zealand have pulled out of the Rugby League World Cup because of "player welfare and safety concerns" related to Covid-19. 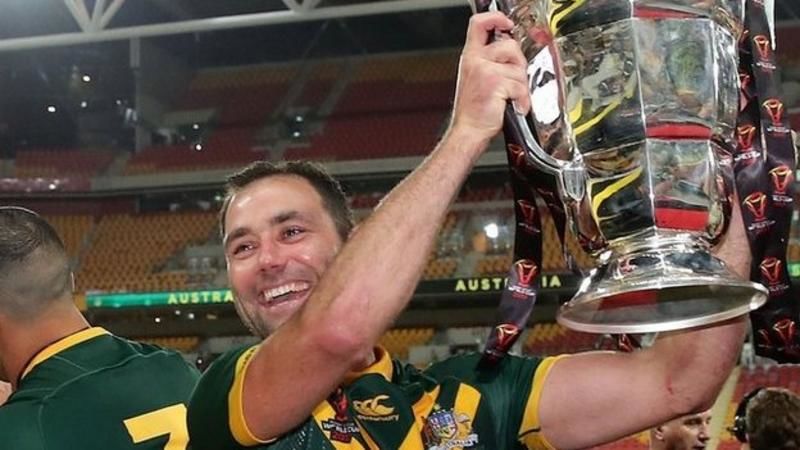 The men's, women's and wheelchair events are scheduled to take place in England this autumn.

"Rugby League World Cup organisers have bent over backwards to offer every assurance to the Australians and the Kiwis," Johnson told BBC Radio 4's Today programme.

"We are very unhappy with this decision and we are not prepared to take it lying down."

NZRL chief Peters said the decision to withdraw was made because the safety and wellbeing of the players and staff "cannot be guaranteed to our satisfaction".

"There are stark differences between how the pandemic is being managed in the UK compared to Australasia, and recent developments have highlighted how quickly things can change.

"The tournament organisers have moved heaven and earth to make this work, so it is not an easy decision, but the Covid-19 situation in the UK shows no sign of improving, and it's simply too unsafe to send teams and staff over."

Australian Rugby League Commission (ARLC) chairman Peter V'landys said: "Not participating in this year's World Cup is not a decision the commission has taken lightly, but we must put the best interests of our players and officials first. Protecting them is our absolute priority.

"In the current environment, the risks to the safety, health and wellbeing of the players and officials travelling from Australia to participate in the tournament this year are insurmountable.

"We have again requested the IRL and Rugby League World Cup consider postponing the event until 2022 to enable all players to participate."

About half of Australia's population has been placed back into lockdown following a spike in Covid-19 cases, with stay-at-home orders now in place in South Australia, Victoria and parts of New South Wales.

That is in sharp contrast to England, with the majority of coronavirus restrictions now lifted despite rising cases.

Organisers only confirmed that the tournament would go ahead earlier this month, although Australia, the holders and 11-time winners, did not sign the participation agreement.

One of the issues previously raised is Covid-19 regulations and quarantine rules for players and staff travelling back to Australia and New Zealand.

Australia's borders are currently closed, so anyone returning has to spend 14 days in government-managed quarantine.

because those regulations mean players would only return to their clubs two weeks before trial games for the 2022 NRL season begin.

International Rugby League chair Troy Grant was critical of the decision to withdraw, saying he has been in regular communication with Australia's Rugby League Players Association (RLPA) and has received assurances that a number of international players and coaches are satisfied with the safety arrangements put in place.

"Whilst I can appreciate the ARLC's intent to ensure player safety and welfare, I find it difficult to find the words that adequately describe my disappointment with that decision," he said in a statement.

In response to the decision, RFL chairman Johnson questioned why Australia and New Zealand teams are still travelling to compete in other sports.

He also believes postponing to 2022 would cause further problems as it would clash with other major sporting events that year.

"I think the British public would want to know why they have made that decision now about a tournament in October when they have athletes currently in Tokyo participating in the Olympics, when their rugby union team is planning to come to Wales in October and when the New Zealand cricket team have been here already to participate," he said.

"So there is something that the Rugby League authorities believe is insurmountable where other sports have no problem.

New Zealand won their only Rugby League World Cup in 2008, beating hosts Australia in the final

"The Rugby League World Cup organisers have made considerable commitments at great expense, as has the British government, to do what they can to guarantee the safety of the athletes when they are here and when they return and travel between. I'm afraid the rugby league authorities in Australia and New Zealand have just not been prepared to accept those assurances.

"Of course it's possible to postpone but by the time rugby league is playing next year we will be competing with the Commonwealth Games and the Fifa World Cup in Qatar.

"October and November 2021 is perfect because all restrictions have been lifted here in the UK and with fans returning to sporting events I believe that there will be full attendance.

"We've sold tickets, how do we explain to our fans that they will not see the Australia rugby league team playing in Wales in October?"

A statement from the tournament organisers read: "RLWC2021 note the disappointing statement made by the ARLC and NZRL which may have wide ranging implications for international rugby league.

"RLWC2021 were informed at very short notice and will continue discussions with all stakeholders to agree on the best way forward. A further statement will be made in due course."

In a statement released on Thursday afternoon, the Super League said leaving tournament organisers with a "matter of minutes" to prepare for their withdrawal was "astonishing".

"The organisers have done everything possible to provide both nations with strong evidence of the robust protocols and procedures to keep players safe," said Super League chairman Ken Davy.

"It is quite astounding that athletes from Australia and New Zealand are about to compete in the Olympics, in addition to the Australian and New Zealand rugby union teams being in the UK this autumn, yet their rugby league counterparts have decided to withdraw."

The organisers of the Rugby League World Cup - who were given four minutes' notice of this morning's announcement from Australia - now have a big decision to take - push on with this year's tournament without Australia and New Zealand, or postpone till 2022.

To hold the tournament without two of the international game's major powers would have a huge impact on its credibility.

But to put it off till next year will lead to huge costs and possibly intangible organisational problems. A third option is to cancel altogether.

There will be huge anger directed at the Australian clubs from the international game. The heavy suspicion is that this decision is based on those clubs' own domestic self-interests.

The RLWC2021 organisers will point to the fact that this country has already safely held major international sports events this year - the Euros, the Open, Wimbledon. And that Australia is sending athletes abroad for other sport events, including the Olympics.

So are the Australian clubs more concerned about their own backyard issues - how a World Cup would impact their domestic 2022 season - rather than the good of the wider game?

And given their general lack of support for international rugby league, would those Australian clubs still be putting up barriers to the World Cup even if it was postponed till next year?

But to counter that, the game down under can point to a continued disruption to rugby league in England with Super League fixtures still being called off on a weekly basis because of Covid issues.

What confidence can there be that normality will have returned before the planned RLWC2021 kick-off on October 23rd?

And as Australia is a long way short of its vaccine rollout targets, there is still an understandable nervousness about potential variants being imported into that country on the back of an event like the Rugby League World Cup.

But whatever the rights and wrongs of today's announcement by the ARLC and NZRL, and no matter what happens next with the staging of RLWC2021, a massive and unprecedented opportunity to promote the sport of rugby league to a huge international audience will now be missed.