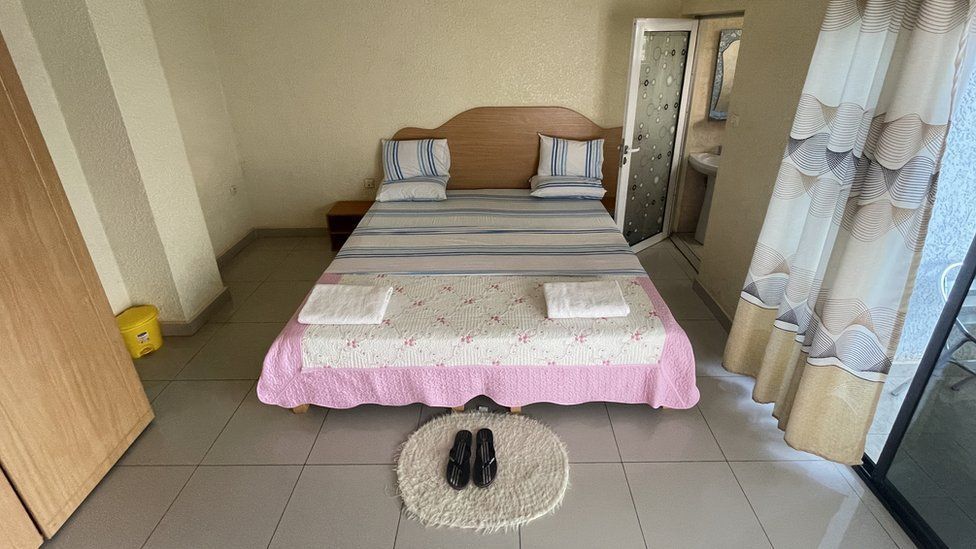 Asylum seekers at an immigration detention centre in the UK say they went on hunger strike after being told they would be deported to Rwanda.

An excerpt of the document given to the asylum seekers by the Home Office to inform them they will be flown to Rwanda on 14 June.

Seventeen asylum seekers at Brook House detention centre near Gatwick Airport, Sussex, have told the BBC of an atmosphere of distress and despair among detainees.

In April the government announced plans to send some asylum seekers to Rwanda.

But the UK Home Office says detainee welfare is of the "utmost importance".

The asylum seekers have shared with the BBC details of the removal notices issued.

One document, dated 1 June, identifies an asylum seeker detained in Brooke House for imminent removal to the Rwandan capital Kigali. It says he cannot appeal this decision.

Home Secretary Priti Patel has said the first deportation flight, to take people who arrived in the UK without authorisation, is to leave on 14 June - a week later than first announced.

Following the introduction of the Nationality and Borders Act in April, the government will transfer to a "safe third country" - Rwanda - responsibility for providing asylum to those who arrive in the UK by irregular routes, such as crossing the English Channel in a boat from France.

Speaking to the BBC, one asylum seeker said he was among a group of 17 who ended a five-day hunger strike on Wednesday evening, after guards stopped providing them with sugar to mix with their water while abstaining from food.

Ali, who says he has family in the UK, told the BBC that his last meeting with immigration officials was about ending his hunger strike. "The final thing they told me was 'eat so you can get on the aeroplane in good health'."

Those who went on hunger strike include Egyptian asylum seekers, among an estimated 100 arrivals notified by the Home Office that they are to be deported to Rwanda. One group received a removal notice on Wednesday about a 14 June flight.

The detainees said that authorities at Brook House had prohibited phones with cameras, confiscating their smartphones and providing them only with phones without access to the internet.

The BBC managed to receive a full copy of the removal notice that details their situation. The letter, more than 20 pages long, was only issued in English. However one section notes that an interpreter was present to explain its contents to an asylum seeker. The document repeatedly misspelled the man's name.

Two separate asylum seekers asked our reporter about the contents of the document, which requires their signature, due to their inability to understand its details in English.

The Home Office has not confirmed how many people have been issued with removal notices. However the charity Care4Calais estimates that around 100 asylum seekers who have arrived over the last month have been warned of imminent removal from the UK.

Care4Calais has identified and is offering support to more than 60 of them.

A man from Syria, who is wanted for military service at home, told the BBC he was "ready to die, but not be moved to Rwanda".

He said: "When I heard the news that we will be deported to Rwanda and that we will receive a five-year residence permit there I started hitting myself."

In response to questions about the hunger strike inside Brook House, a Home Office spokesperson said: "The health and welfare of those in immigration detention is of the utmost importance.

"We take every step to prevent self-harm or suicide, including a dedicated welfare team on site at each immigration removal centre, responsible for identifying vulnerable individuals and providing assistance to support individuals' needs."

An Egyptian man told the BBC he was among the 17 who had gone on hunger strike. "I didn't get a meeting with the Home Office without going on a hunger strike twice," he said.

"I had to leave my country for family disputes. I have a mental health problem from what I've witnessed in Libya on the journey here." 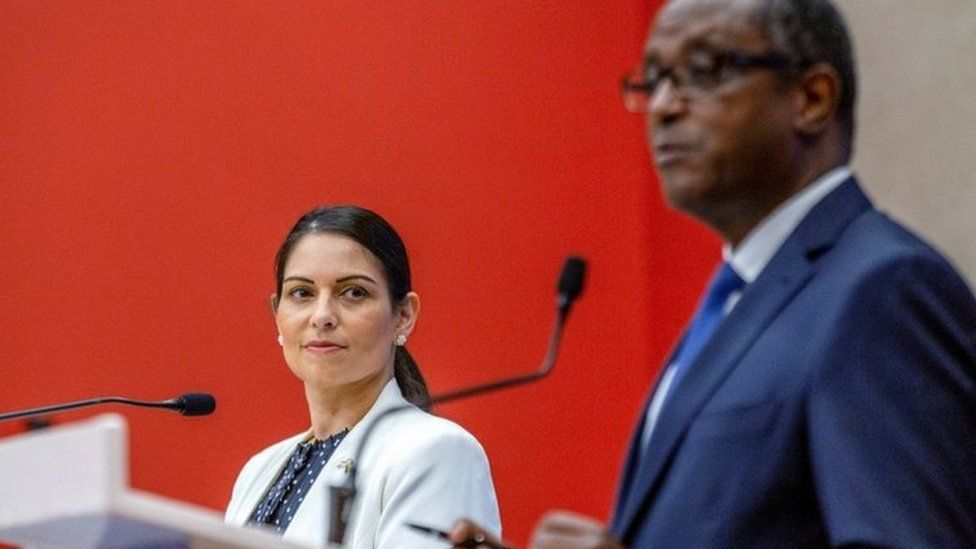 As part of Tuesday's announcement on flights beginning in mid-June, Home Secretary Priti Patel said "we know attempts will now be made to frustrate the process and delay removals; I will not be deterred and remain fully committed to delivering what the British public expect."

However, Steven Galliver-Andrew, a barrister working in immigration law, has told the BBC he believes the government will not keep to 14 June for the first deportation flight.

He said: "The law which allows the government to do this doesn't appear to come into force until the 28th of June 2022.

"What they are doing can and will be challenged - and they know and expect that."