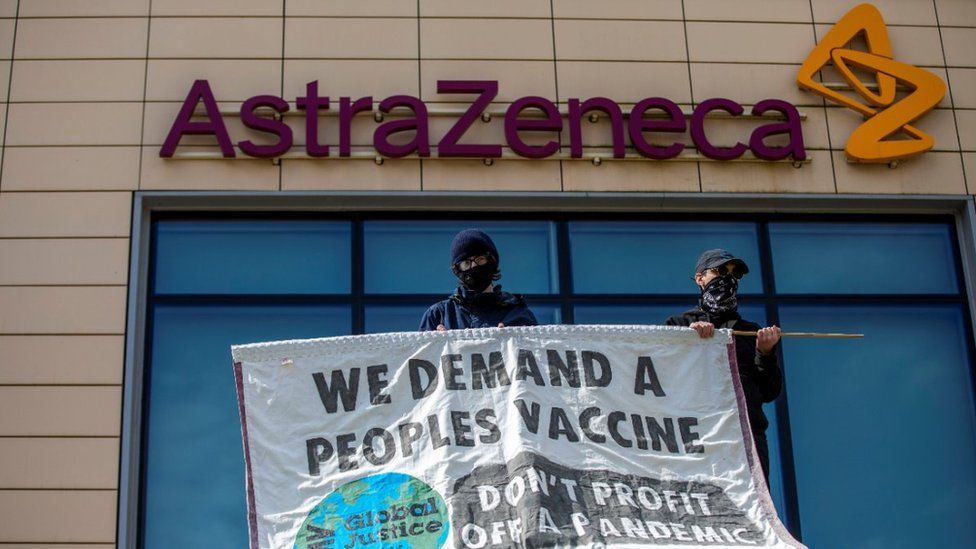 The Global Justice Now group has been at sites in Cambridge and Macclesfield, with another protest in Oxford.

They are calling for the company to openly license its vaccine and commit to sharing the technology with the World Health Organisation (WHO).

The firm said it had produced the vaccine at cost and shared "know-how".

Cambridgeshire Police said four people, aged 17, 20, 22 and 49, were arrested in relation to the protest at the AstraZeneca offices on Hills Road.

It said the 22-year-old from Cambridge and a 20-year-old woman from Essex was arrested on suspicion of criminal damage.

All four suspects remained in custody and an investigation was ongoing, it added. 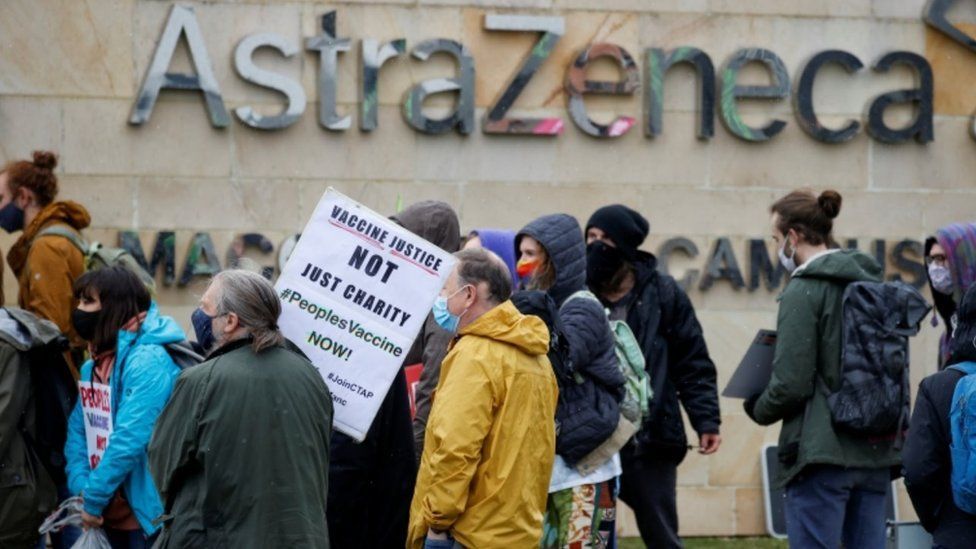 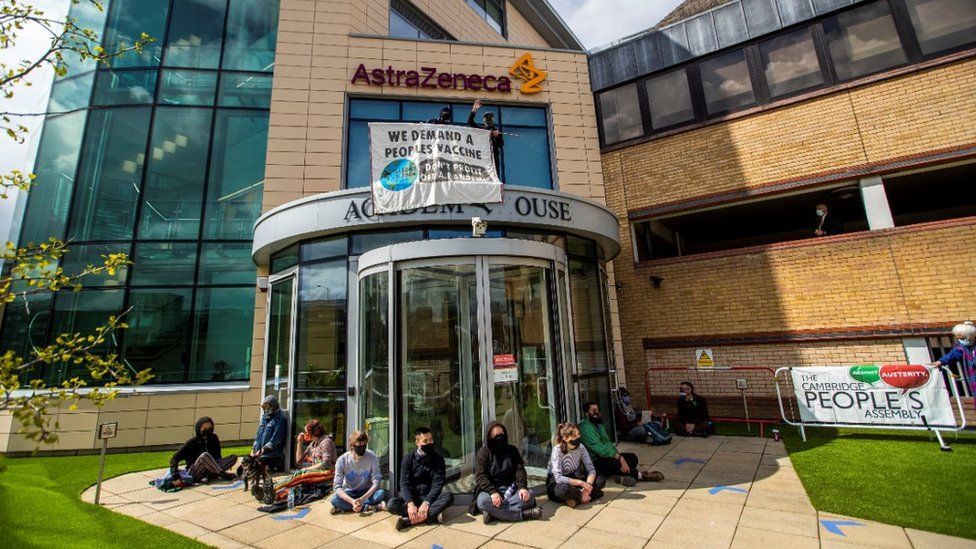 The campaigning group's director, Nick Dearden, said: "Scientists at Oxford University, a publicly-funded institution, developed this life-saving vaccine through a research and development process that was 97% publicly funded.

"The resulting vaccine should have been openly accessible to everyone, but AstraZeneca swooped in and privatised it."

Mr Dearden claimed the company had "boycotted attempts to pool the vaccine knowledge they control" and said AstraZeneca had not joined WHO's Covid-19 Technology Access Pool, which facilitates the sharing of technology for vaccines and treatments. 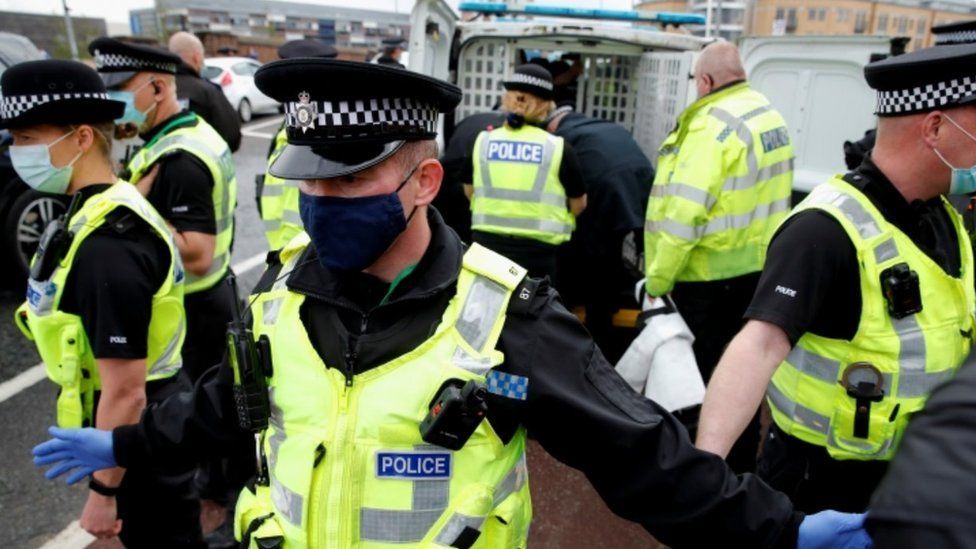 A spokeswoman for AstraZeneca said: 'We agree with the view that the extraordinary circumstances of the Covid-19 pandemic call for extraordinary measures.

"AstraZeneca has risen to the challenge of creating a not-for-profit vaccine that is widely available around the world, and we are proud that our vaccine accounts for 98% of all supplies to Covax [a WHO scheme 'working for global equitable access to Covid-19 vaccines'].

"We have established 20 supply lines spread across the globe and we have shared the IP [intellectual property] and know-how with dozens of partners in order to make this a reality. In fact, our model is similar to what an open IP model could look like." 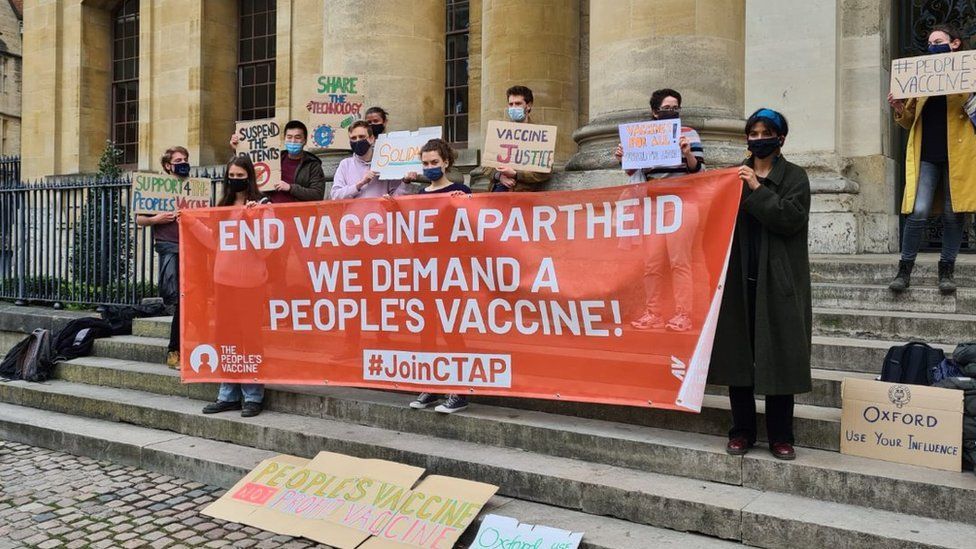 A demonstration has also been taking place in Oxford 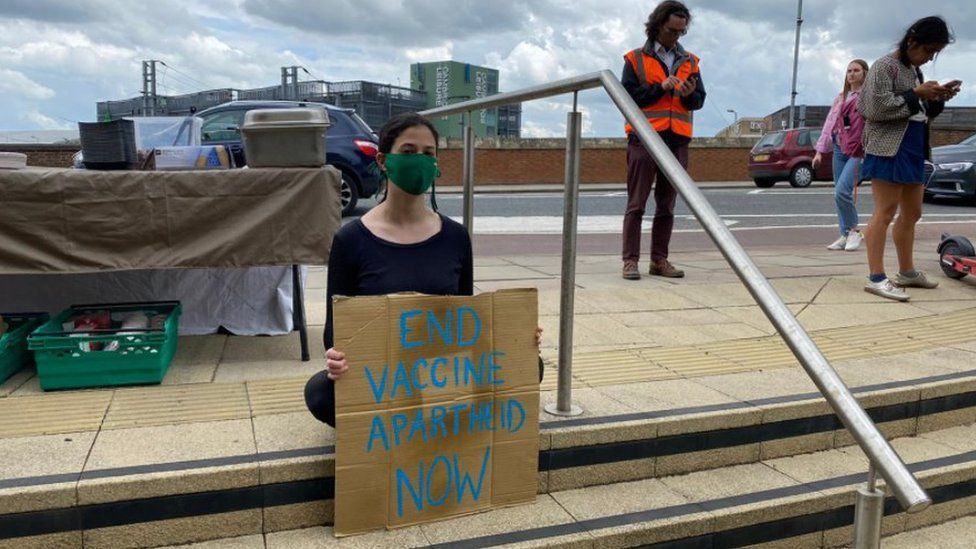 About 50 people joined the Cambridge protest, at the building next to the railway bridge