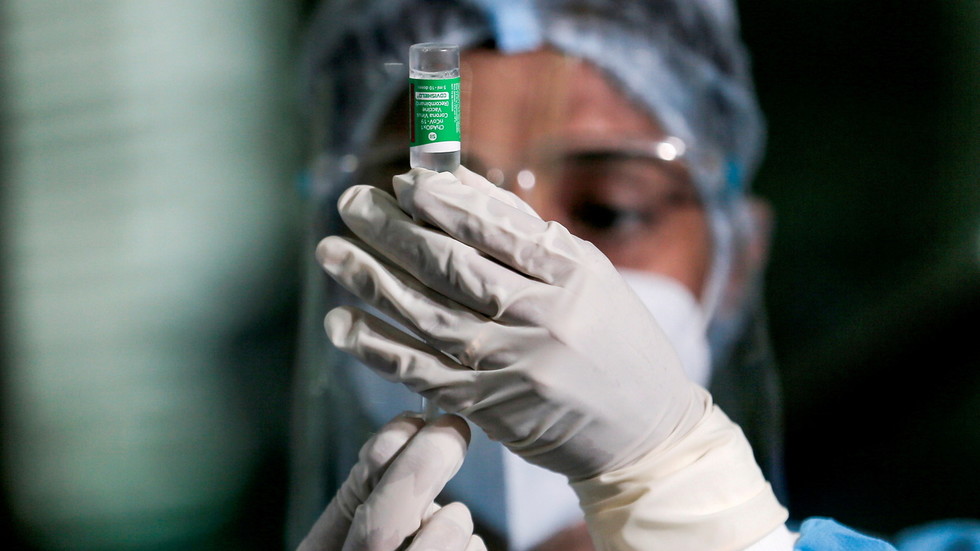 The chief executive of AstraZeneca has claimed that its Covid-19 vaccine may provide longer protection against the virus and could be responsible for the seemingly lower hospitalisation rate in the UK.
Speaking to BBC Radio 4 on Tuesday, Pascal Soriot said his firm’s Covid-19 vaccine may provide longer-lasting immunity than other vaccines. Soriot told the public broadcaster that the government’s decision to roll out the Oxford-developed shot to elderly people in Britain could explain why the UK was not seeing “so many hospitalisations relative to Europe.”

“It’s really interesting when you look at the UK. There was a big peak of infections but not so many hospitalisations relative to Europe. In the UK [the Oxford/AstraZeneca] vaccine was used to vaccinate older people whereas in Europe people thought initially the vaccine doesn’t work in older people,” the pharma boss stated.

Soriot suggested that the vaccine’s capacity to help the body develop T-cell immunity might be a reason for this. T-cells can both attack infected cells themselves while also helping B cells produce antibodies.

“T-cells do matter,” Soriot stated, adding, “it relates to the durability of the response, especially in older people, and this vaccine has been shown to stimulate T-cells to a higher degree in older people.”

According to The Telegraph, the Anglo-Swedish pharmaceutical company is preparing to release data showing how its vaccine provides long-term immunity through T-cells despite waning antibody levels.

A recent study suggested that while the Pfizer vaccine engendered a stronger antibody response, the T-cell response is considerably higher in those who received the AstraZeneca shot.

Several EU nations, France, Germany, Spain and Belgium, initially elected not to use the AstraZeneca vaccine in older generations, citing a lack of data on its effectiveness in the elderly. French President Emmanuel Macron even labelled the British vaccine “quasi-ineffective” in the over-65s in January 2021, as the EU started its campaign to inoculate the vulnerable.

While some scientists told The Telegraph that Soriot’s explanation was entirely plausible, professor Jonathan Ball of the University of Nottingham suggested the British population was likely less susceptible to the virus as it had been widely circulating for many months and vaccination rates were generally high.
#AstraZeneca  #Vaccines  #COVID-19  #vaccine  #Pfizer  #Covid
Add Comment