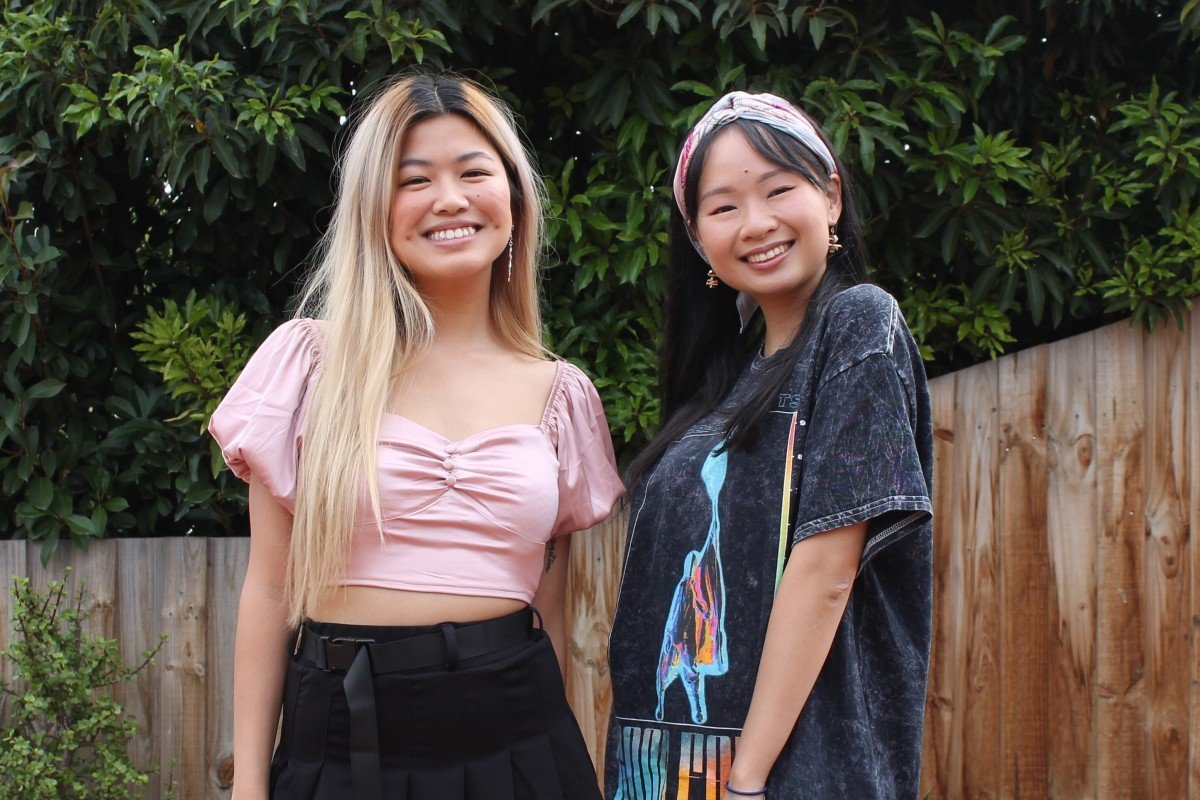 A growing wave of Asian-Australian podcasts, including Lemon and Shoes Off, discuss topics from dating to pop culture, reaching out to listeners who share in the minority experience.

In a tiny wardrobe in a southeastern Melbourne home, two millennial podcasters sit cross-legged with a microphone between them.

Knees touching and heads often bumping, outgrown blazers and jackets hanging above them, Phillip Kuoch and Thomas Tan are recording an episode of Lemon, a podcast launched in October last year that now streams to more than 30,000 listeners.

Both men were born and raised in Melbourne; Kuoch, 27, has Chinese-Malaysian parents and Tan, 26, comes from a Cambodian refugee family.

“When we first started, we used to record in my office, but you can actually just record a podcast anywhere,” says Kuoch, whose bedroom wardrobe is one of several places, including under his bedsheets, they now use as recording studios. 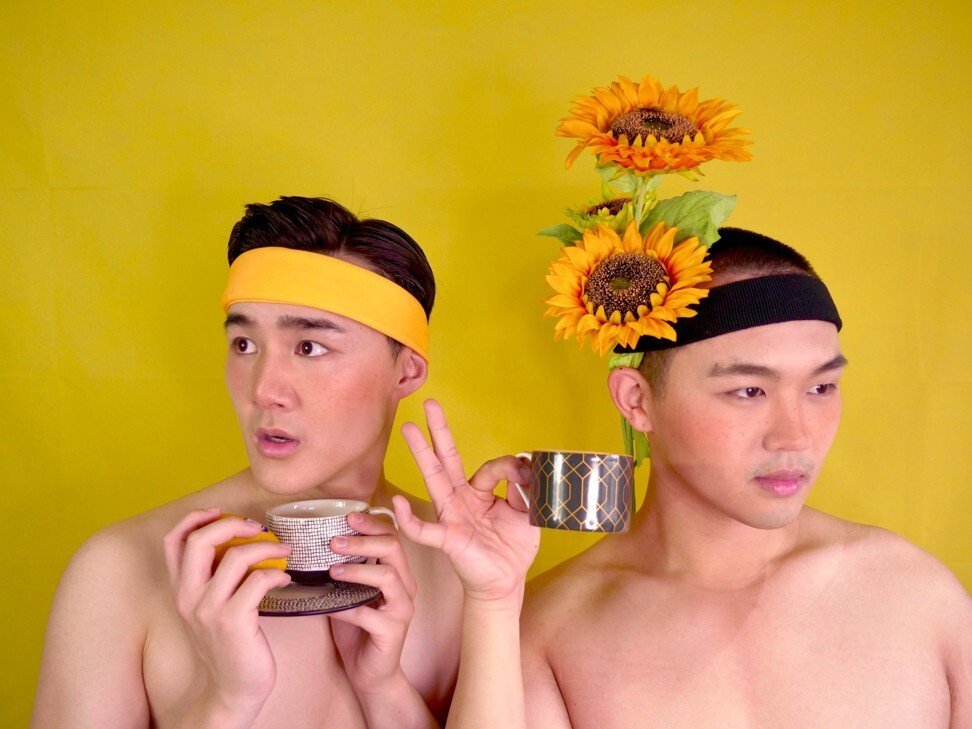 Thomas Tan (left) and Phillip Kuoch, the podcasters behind Lemon.

The Melburnian men, whose podcast is regularly featured on lists of best LGBT podcasts on Apple, Spotify and Acast, are among a growing number of Asian-Australians making waves in an industry that had previously heard little from the Asian diaspora.

Sharing stories of the minority experience, Lemon has built a growing community of listeners who relate to its episodes. With topics ranging from “the politics of gift-giving” to “the ni hao ma debate”, and discussions on subjects such as the ethnic food aisles in supermarkets, Kuoch and Tan often receive heartfelt tales of similar experiences from listeners in their Facebook and Instagram inboxes.

Today, there are about a dozen podcasts created by Asian-Australians available on streaming platforms, all sharing life experiences. They discuss pop culture, or talk about relationships and dating. Many of these podcasters use playful spins on cultural expectations as their titles to create a sense of unity among listeners. One is called Shoes Off, the work of Jay Ooi, 30, from Sydney.

“I’ve been listening to podcasts since iPods had click wheels,” says Ooi, a professional producer with a background in broadcast television. More than a decade before starting to make his own, he listened to tech review podcasts on an MP3 player. 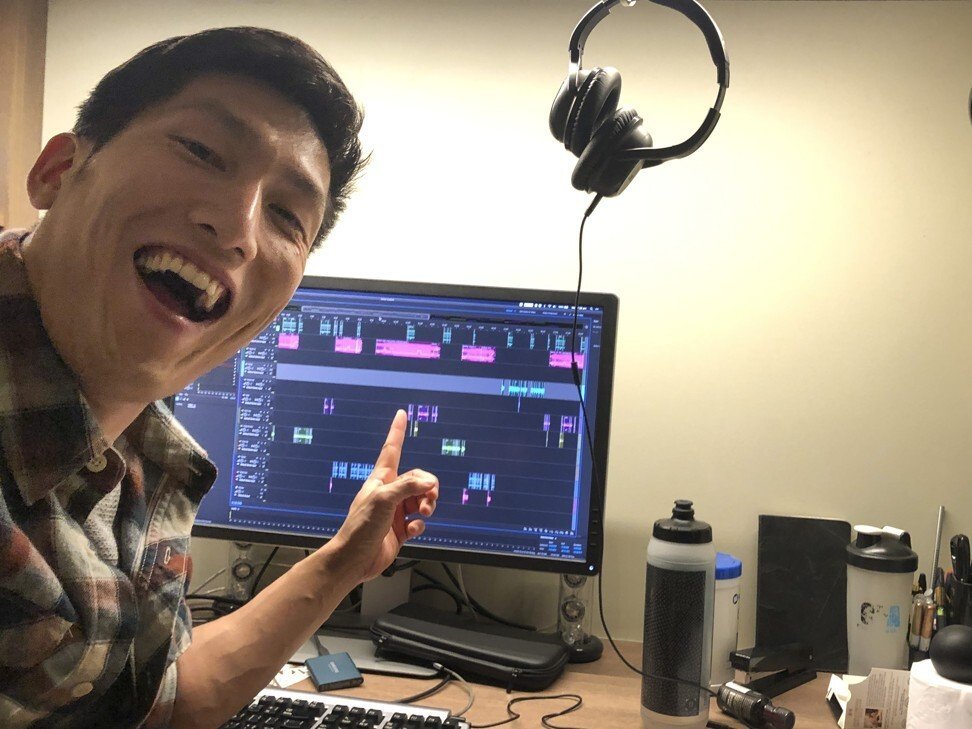 Jay Ooi of Shoes Off.

For Shoes Off, “the goal is for other Asians to feel like they’re not alone”, he says. “We’re still finding our feet. We are a bit afraid of talking about race and talking about things that are different.

“Growing up, and I’m not sure this resonates with everyone, but I just got this feeling being Asian wasn’t cool. There were little things that signalled that because of your race, you didn’t quite fit in.”

Ooi was born and raised in Sydney’s Eastwood, a suburb now known for its Chinese and Korean sides, divided by the railway line. Yet growing up in the late 1990s and early 2000s, he distinctly remembers a single McDonald’s and KFC outlet and three barbecue chicken shops. One by one he watched them close. “It’s weird to think of an Australian suburb where a McDonald’s can’t survive,” he says.

Ooi acknowledges that embracing his own Malaysian-Chinese heritage was something he only learned to do after meeting people from Asian diaspora communities while travelling abroad.

“They wore it on their sleeve,” he says. “That was quite a moment for me. When you don’t live anywhere else, you think that’s just how it is, but feeling like a second-class citizen isn’t the default. We think that being Asian isn’t cool, but there are actually a lot of cool things about being Asian.”

Tan and Kuoch had similar concerns when they began podcasting. “When we first launched, we didn’t even have faces on the podcast cover,” Kuoch says. “We tried to stay away from that Asian perception for a while because we thought people wouldn’t want to listen.”

As the coronavirus crisis took hold in Melbourne, things changed. “When the pandemic happened in March, we started talking about racism, and that’s when it really happened for us – we made the transition to being comfortable talking about ourselves,” Kuoch says.

Vietnamese-Australians Tiana Nguyen and Thuy Nguyen, both 24 and not related, are the Melbourne-based pair behind the Unapologetically Asian podcast. They met at a meeting of the University of Melbourne’s Vietnamese Students’ Association in 2015, though both hesitated before joining it.

“I didn’t want to box myself in,” says Tiana, now a marketing professional, explaining that she saw university as a chance to broaden her horizons. “At that point, I didn’t realise it was to OK embrace both sides – it didn’t make me less Australian.”

Thuy had a different idea. “I felt that I’m already Viet, why do I need to join?” says the account coordinator.

Looking back, the pair say that joining the society was one of the best decisions they made at university and they’re proud of their Vietnamese heritage. Embracing their identity as Asian-Australians, the duo has won an audience of between 3,000 and 4,000 unique listeners each month. 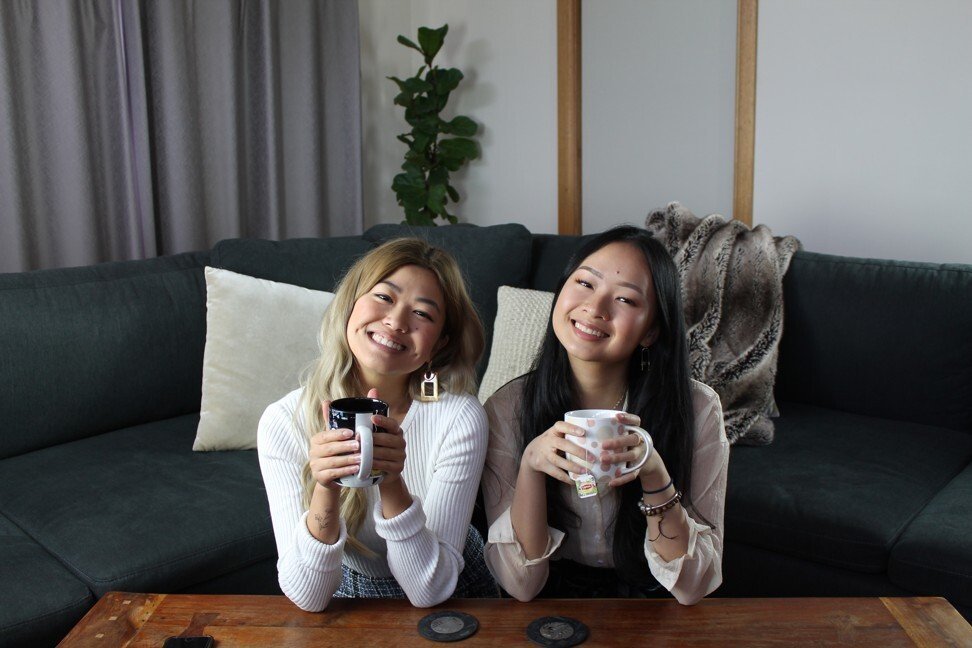 Still, their parents are not entirely sure what they’re doing, or even what podcasts are. “Sometimes I’ll interview my parents before a show, but they just know it as a project,” Tiana says. Thuy says her parents “still don’t know”.

Both young women have noticed a boom in podcasts from the Asian diaspora the world over. “I think it’s really just taken off since Covid hit,” Tiana says.

One podcast born during the pandemic is the work of two Toronto-based Asian-Canadian technology strategy consultants: Jonathan Chung, 25, and Paul Hong, 24, of Chinese and South Korean descent, respectively. Their podcast, Big Trouble, is aptly named after a bar frequented by young Asian professionals, known colloquially as “yappies”, and a place, they say, “where we have spent a few too many nights at since we’ve started work”. 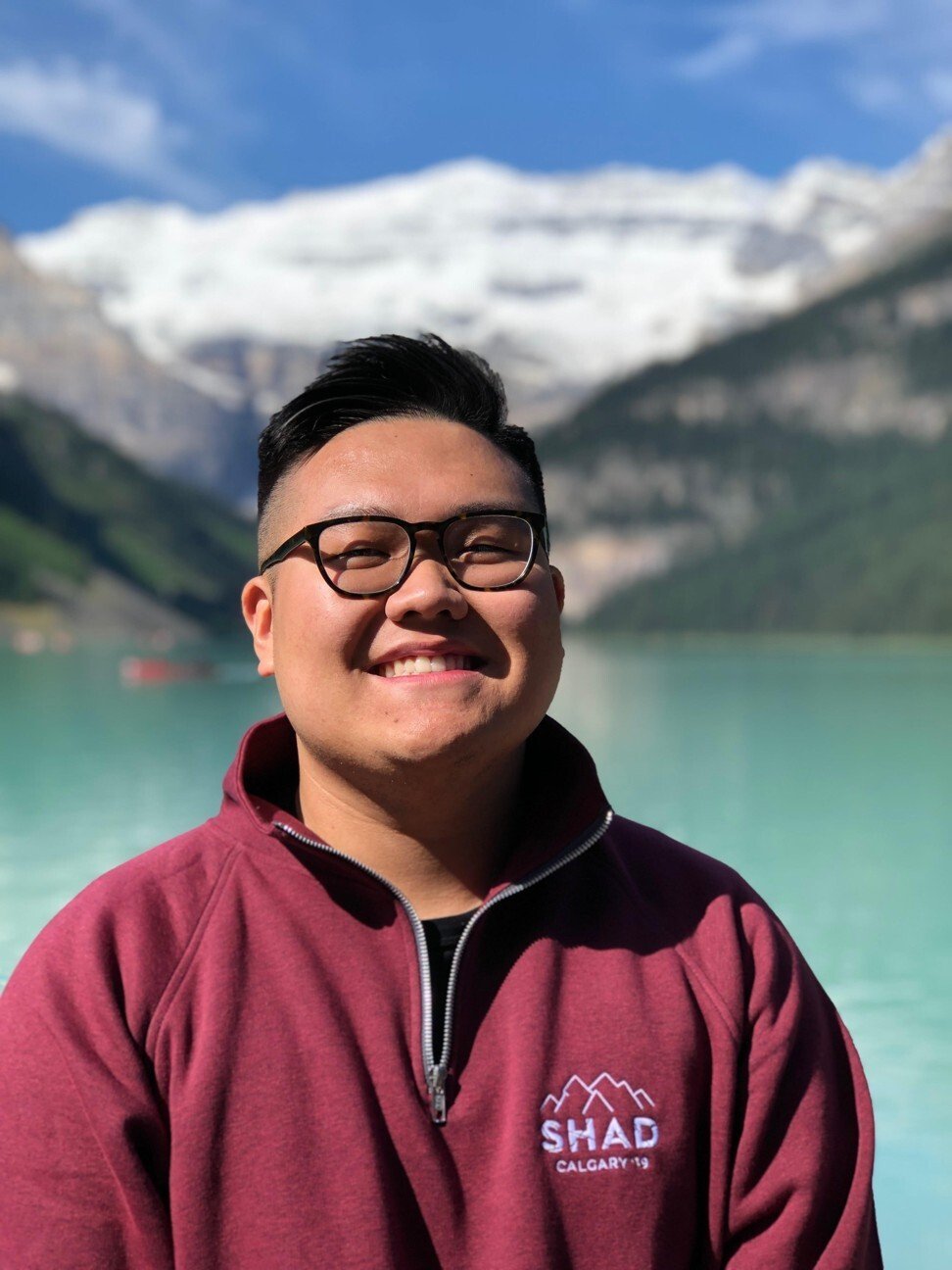 In September, Tiana and Thuy teamed up with Chung and Hong for Unapologetically Asian’s 28th episode, titled “Dating Red Flags Ft. Big Trouble Podcast”. The joint podcast was recorded on Zoom, one of several software applications podcasters now use to create content that includes worldwide conversations. Podcasters also sometimes host the work of different creators on their feed.

Collaborations are under way around the world thanks to people including US podcaster Jerry Won, who recently established the Asian Podcast Network. Its first work featured Shoes Off’s Ooi.

While borderless podcasts are an option, nothing beats face-to-face recordings, says Lemon’s Kuoch. “It’s so much easier to do it in person as you can respond to someone’s face.”

In February this year, Kuoch and Tan met up with Tiana and Thuy over hotpot to discuss podcasting tips and strategies. They later collaborated on Unapologetically Asian’s 16th episode about challenging Asian career stereotypes. 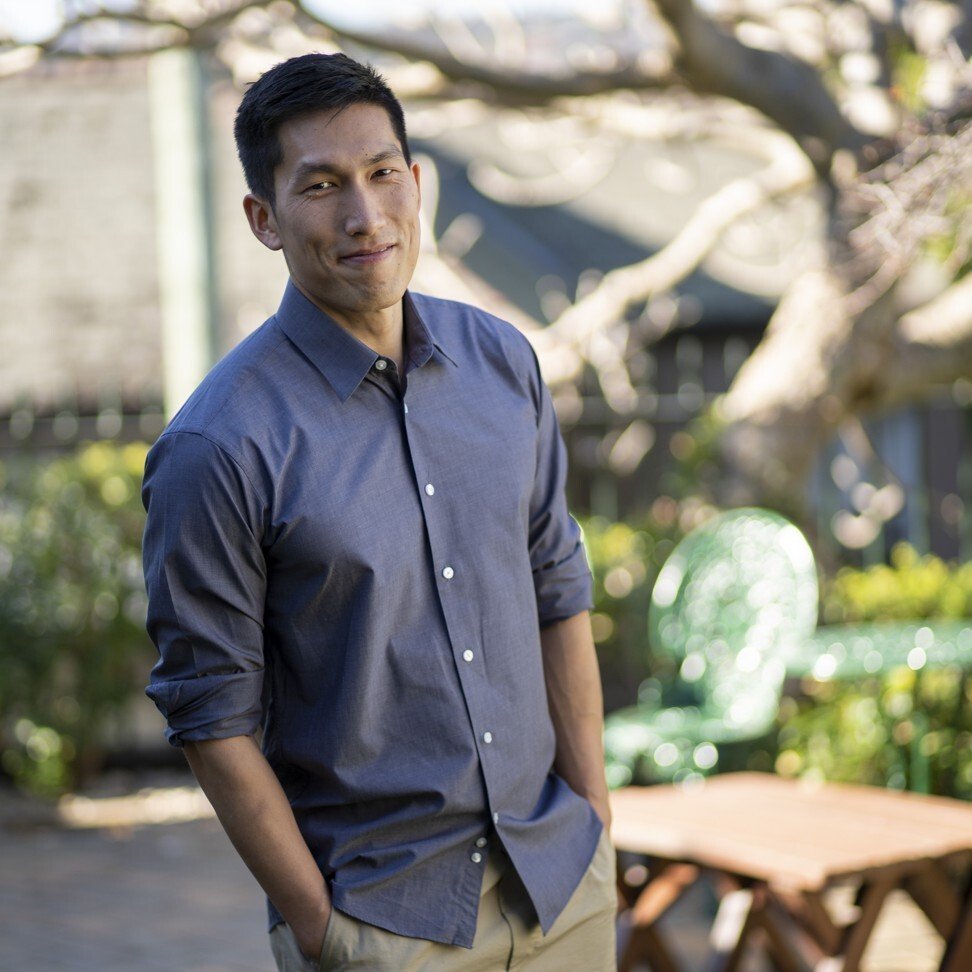 Kuoch is no stranger to creating viral content from his bedroom. In 2010, he began Hellokpop, a website focused on Korean pop culture that started out as an “after-school blog” and grew into its own title, attracting more than 250,000 monthly readers. He has since moved on to other creative endeavours, including Lemon.

Kuoch thinks the rise of the Facebook group “Subtle Asian Traits” has played a big role in increasing the demand for Asian-Australian content. Created by young Chinese-Australians, the group has become a global hit, amassing 1.8 million members who talk about their experiences of being Asian in a largely white Western world.

“I really think it became a cultural movement and it gave us permission to talk about it,” Kuoch says. “As Asians, we’re such passive people – we don’t like talking about and expressing these feelings. Sometimes [on our podcast] we talk about things like sex and things we’re not even comfortable talking about.”

Podcasts provide an intimate space, he adds. “I think podcast listeners are very engaged with the people they listen to. You spend half an hour with the same people every week and they become like your friends.”