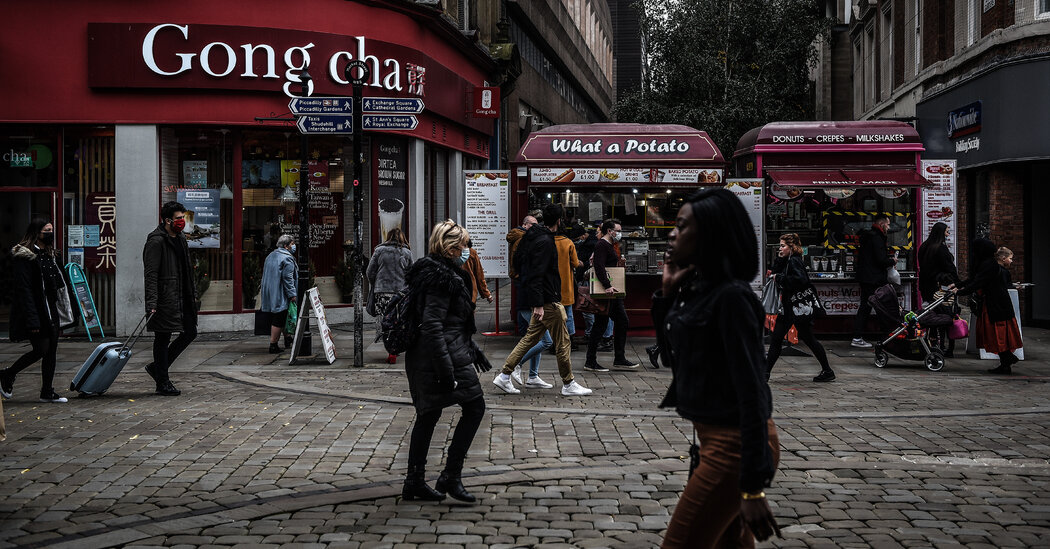 Britain’s desperate attempt to curb a second wave of the coronavirus has exposed multiple fractures in its politics and society, but perhaps none as jagged as that between Prime Minister Boris Johnson and the mayor of Greater Manchester, the country’s second-largest urban area.

For days, the mayor, Andy Burnham, has been engaged in a war of words with Mr. Johnson and his ministers over the government’s plan to elevate hard-hit Manchester to the highest level of restrictions. That would shut down pubs, bars and gyms and forbid all socializing by people from different households.

Mr. Burnham says that the restrictions would devastate the city’s economy, and that the central government has not offered adequate financial aid to the people who would lose their jobs during the lockdown. He has been a nearly ubiquitous presence on television, waging a fierce rebellion on behalf of his 2.8 million constituents. 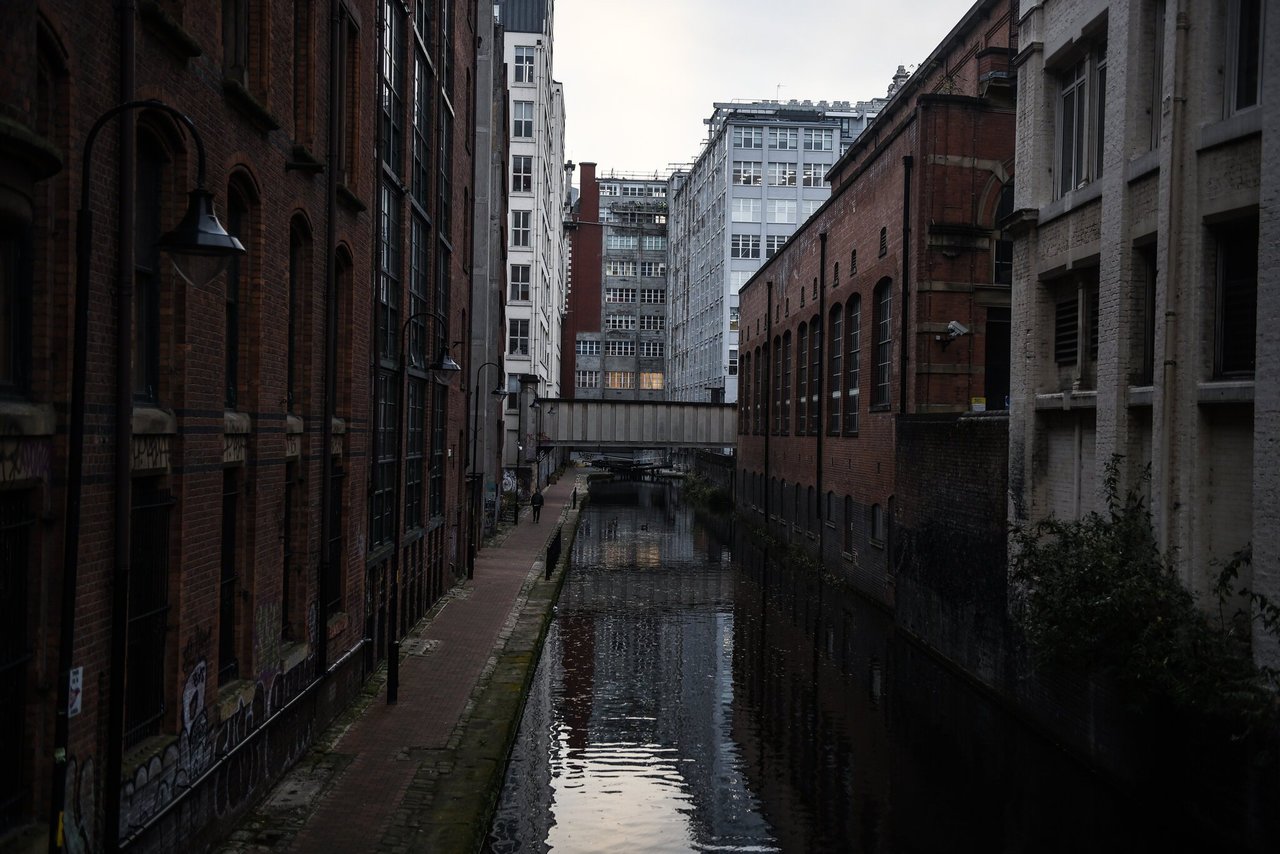 Canal Street was nearly empty on Sunday. Many Manchester businesses will be forced to close if further coronavirus restrictions are imposed.

Mr. Burnham’s resistance is rooted in the long-held grievances of people in the old industrial cities of the north of England toward the politically dominant government sitting in London. While it has delegated some powers to regional authorities in Scotland, Wales, and Northern Ireland, the Westminster government retains highly centralized control over England and its major urban centers.

But the standoff between Manchester and London also reflects mounting frustration with Mr. Johnson’s erratic, often opaque handling of the pandemic, as well as a dash of ambition and old-fashioned political maneuvering.

Mr. Burnham, a 50-year-old native of Liverpool, is a Labour Party stalwart who twice ran unsuccessfully for party leader. Having served as health secretary under Prime Minister Gordon Brown, he traded in his seat in the opposition in 2016 to run for mayor of Greater Manchester, a newly created post. He is responsible for a far-flung metropolitan region, though he has less power than big-city mayors in the United States.

“With his limited powers, Andy Burnham is taking advantage of his legitimacy,” said Tony Travers, an expert in urban affairs at the London School of Economics. “He has clearly sensed that the central government is weak.”

Mr. Burnham’s clash with London carries echoes of the ill will between President Trump and Mayor Bill de Blasio of New York City. As with them, much of the dispute comes down to complaints over a lack of financial support. But Mr. de Blasio has considerably more power than Mr. Burnham, who has little control over budgetary matters and must obtain the consent of council leaders for many decisions.

What Mr. Burnham does have is an antenna for national politics — and for the fact that Mr. Johnson won a landslide victory in the election last year by promising to close the economic gap between England’s more prosperous south and the struggling regions of the Midlands and the north. That message lured many traditional Labour voters to the Conservative Party, shattering Labour’s vaunted “red wall.” 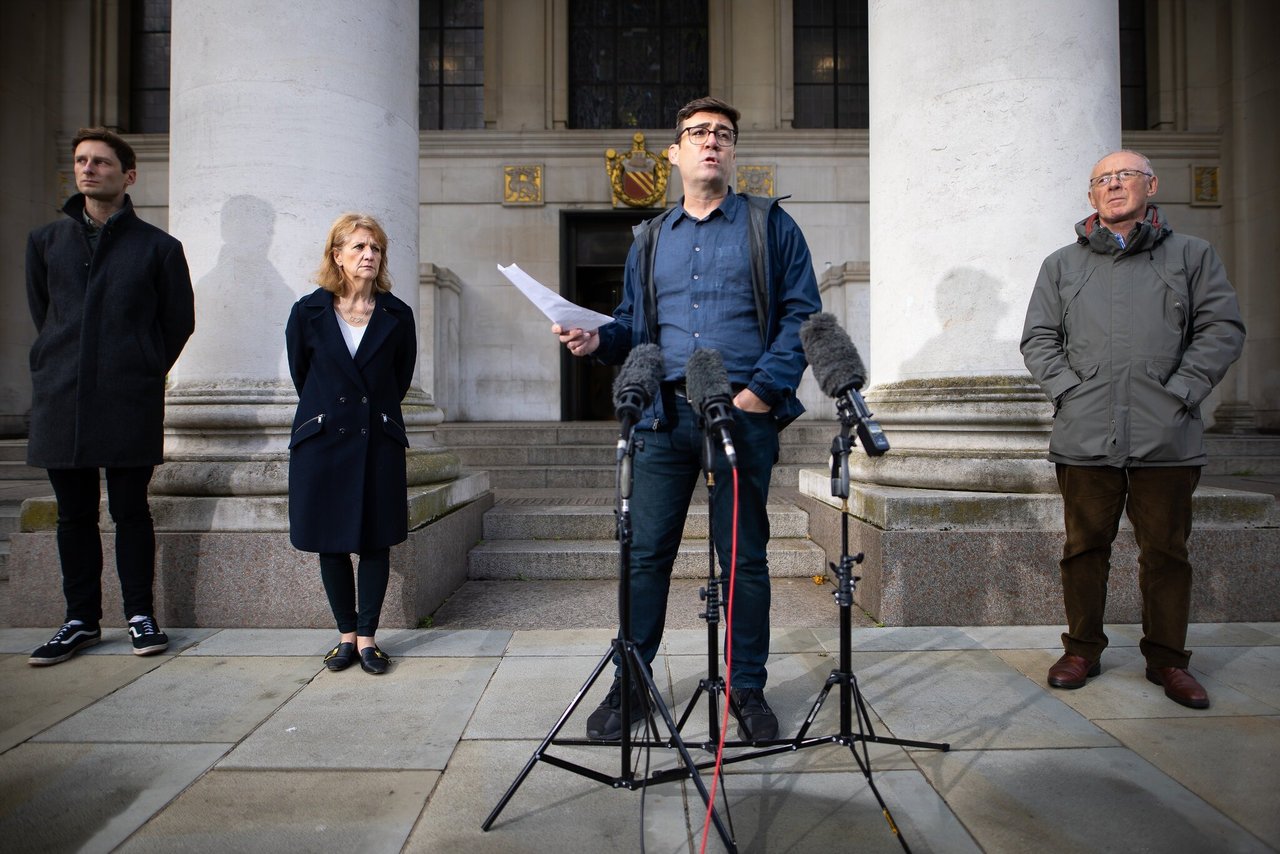 Manchester’s mayor, Andy Burnham, at a news conference last week.
Mr. Johnson, analysts said, could easily alienate those voters if he foists an economically ruinous lockdown on them.

“There is a sense,” Mr. Travers said, “that people in Greater Manchester are having things done to them by a distant government.”

Mr. Burnham has complained of being cut out of the deliberations over when to impose the heightened restrictions, saying he often learns of decisions from press reports attributed to unnamed Downing Street officials. And he says the government does not share the epidemiological data that is driving its decisions, which makes it impossible to judge whether a lockdown is necessary in one place but not another.

There is no debate that Manchester was hit hard by the resurgence of the virus at the end of the summer, in part because of its large student population. Its current rate of infection is 432 cases per 100,000 people, well above the national average. But its rate of cases has declined from a peak of 583 per 100,000 in the seven days before Oct. 3.

Government officials said that infections were continuing to rise there among vulnerable older people, and that based on current projections, intensive care units at hospitals in Greater Manchester would reach capacity by Nov. 8. The supply of hospital beds, officials said, is a more relevant barometer than cases. 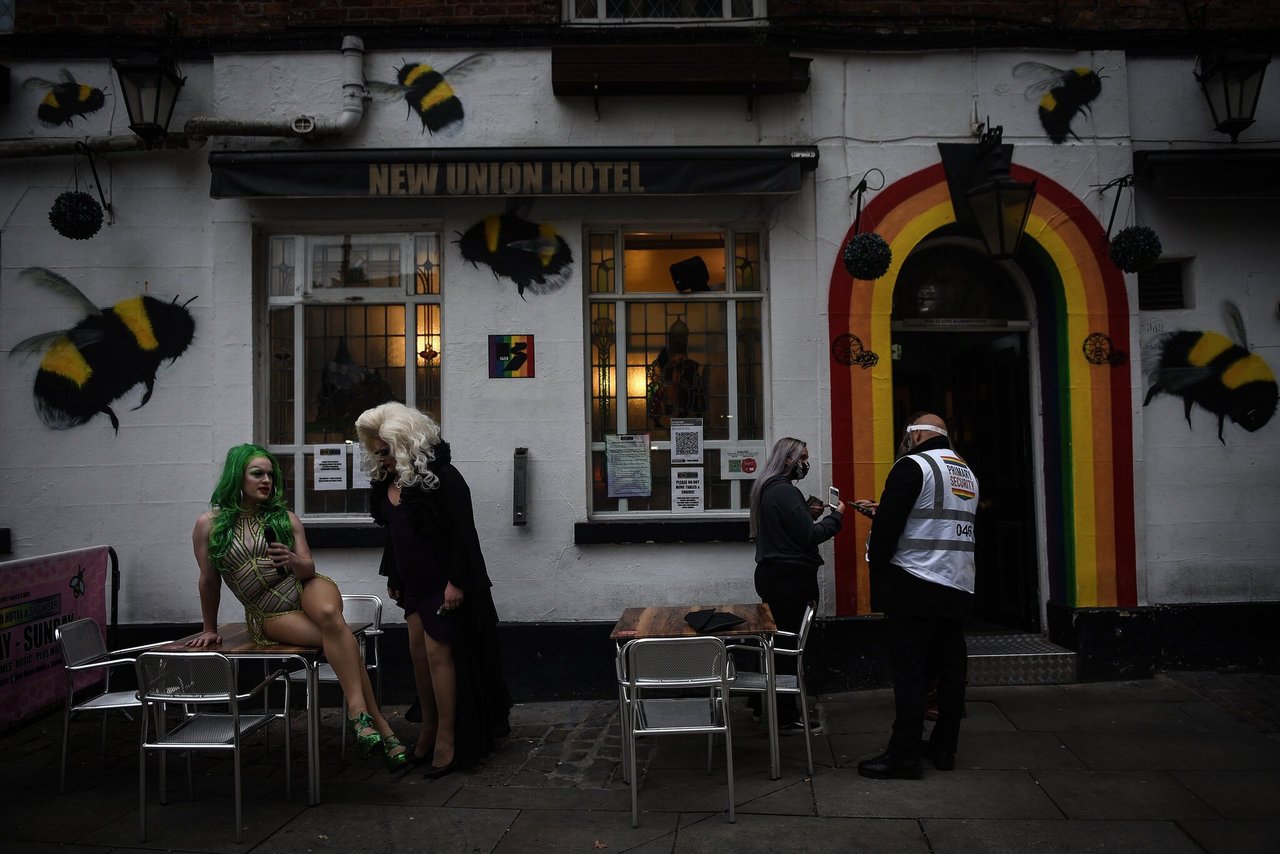 A bar along Canal Street. Pubs in Manchester are looking at the prospect of a government-ordered shutdown.

Mr. Johnson’s aides are frustrated by Mr. Burnham’s resistance, which some view as cynical posturing. On Sunday, Michael Gove, a senior cabinet minister who holds the title of chancellor of the duchy of Lancaster, urged the mayor and his allies to “put aside for a moment some of the political positioning they’ve indulged in.”

But while the government has the power to impose health requirements on any city in England, Mr. Johnson has been reluctant to do it over the objections of the mayors. Public adherence to the rules depends in no small part on how faithfully the local authorities enforce them.

As the talks between Manchester and London dragged on Monday, the government began separate negotiations with officials in South Yorkshire, West Yorkshire, and Nottinghamshire about elevating those regions to so-called Tier 3 status. Wales, which controls its own health policy under the terms of the United Kingdom’s limited self-government, plans to impose a temporary lockdown on the entire region.

Before elevating Liverpool to the highest-risk category, Mr. Johnson struck an agreement with Steve Rotheram, the Labour mayor of the Liverpool city region. The prime minister hailed that deal as an example of bipartisan cooperation, and clearly hoped it would be a template for other cities. 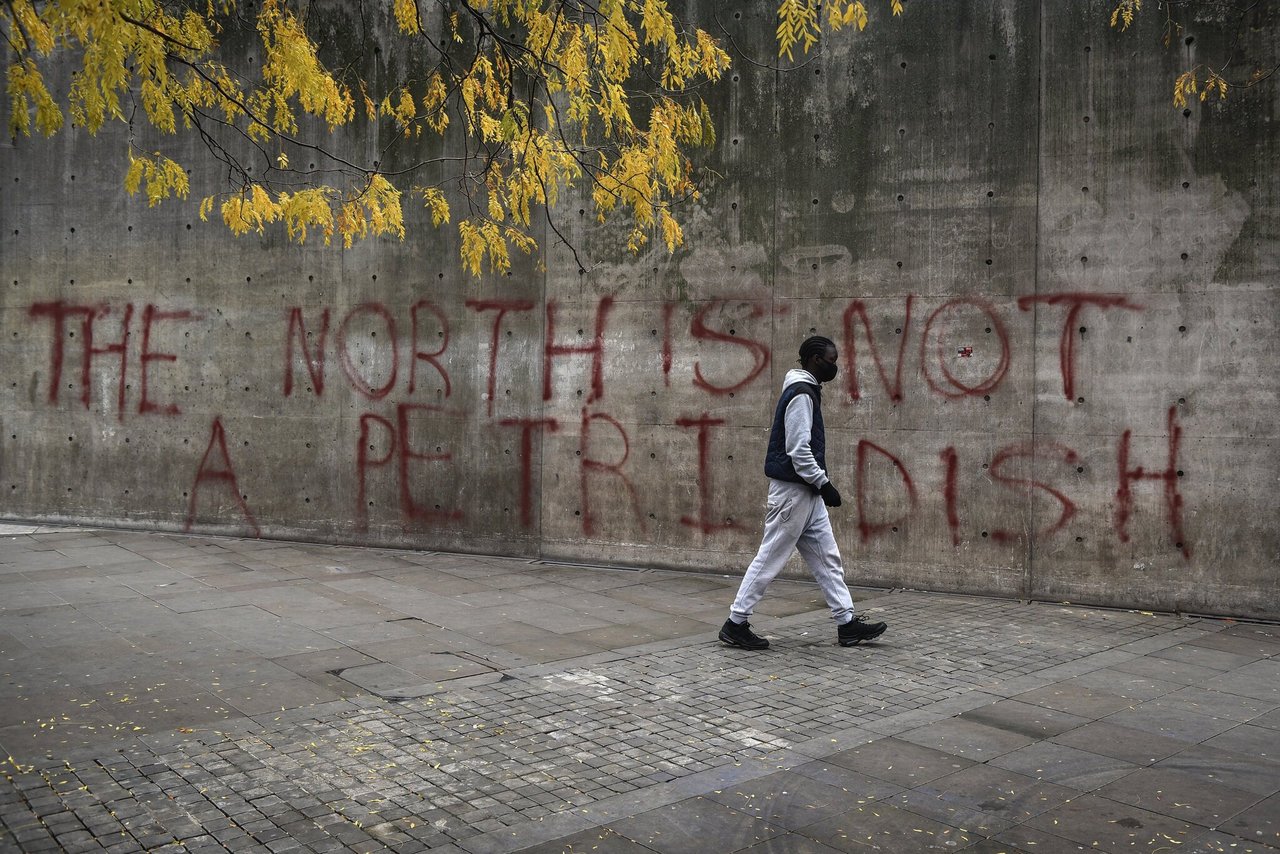 Manchester’s resentment toward the national government was captured in graffiti in Piccadilly Gardens.

Mr. Burnham, however, is demanding that the government pay 80 percent of the wages of people who lose their jobs because of the lockdown — the same compensation it offered in the national wage subsidy program that it is winding down this month. So far, the government has offered to offset two-thirds of lost wages.

Mr. Burnham has called on Mr. Johnson and the Labour Party leader, Keir Starmer, to hold a vote in Parliament on the financial aid that the government should offer cities placed under the highest level of lockdown. But Mr. Johnson, who has kept control over the pandemic response tightly in Downing Street, rejected that.

“Establishing clear national entitlements of the kind we had during the first lockdown,” Mr. Burnham said, “will create a sense of fairness, which in turn would help build public support for, and compliance with, any new restrictions.”