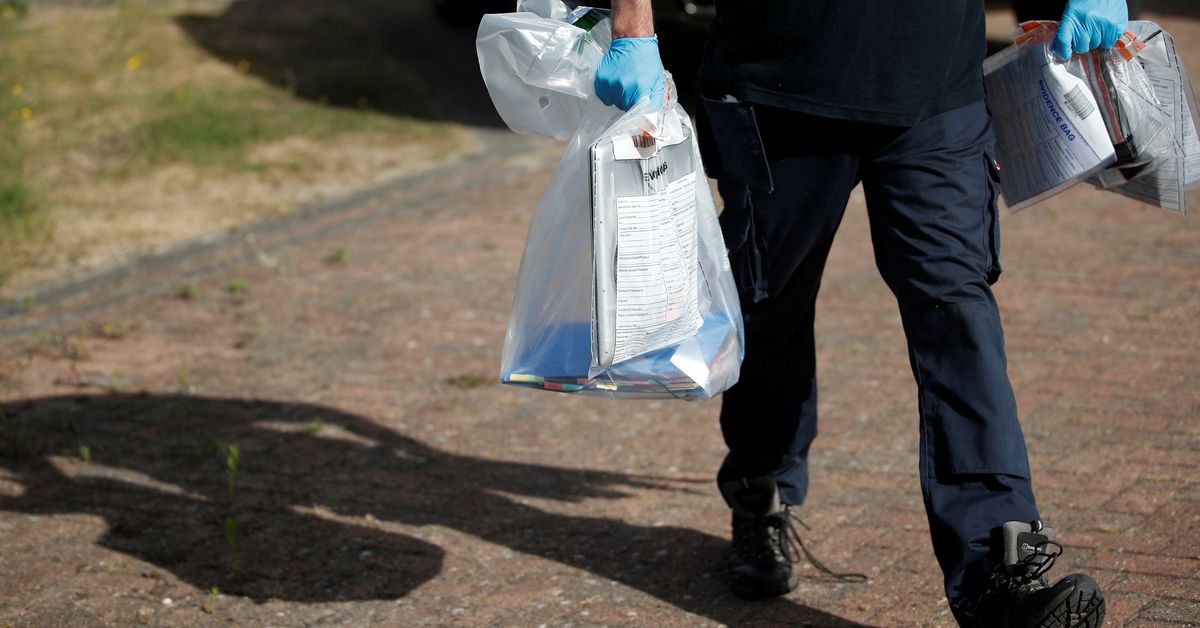 'Are you a loan shark?' UK cracks down on illegal lending

Early on a summer's morning in a quiet residential street, a police officer knocked on a door and asked the man who answered: "Are you a loan shark?"

A few minutes later, the man and a woman were marched from the house as specialist debt investigators emerged with wads of cash and mobile phones, part of a hunt for the loan sharks who are preying on victims of Britain's cost-of-living crisis.

Inflation heading for double digits, and running far ahead of wage increases, means Britons are facing the tightest financial squeeze in decades.

Debt charity StepChange said it had seen a 17% rise in clients seeking debt advice in May compared with May 2021, many of them having fallen behind on their energy bills.

Dave Benson, an operations manager at the government's Illegal Money Lending Team (IMLT), which coordinated the raid in Billericay, a commuter town east of London, said his unit was exposing the extreme measures some lenders were taking.

"We've prosecuted loan sharks for assault, kidnap, blackmail, rape," Benson said outside the raided property as some neighbours looked on.

In one case, he said, petrol was thrown over a victim by two men who then delivered their warning: "You know what is coming next."

The 59-year-old man and the 42-year-old woman who were arrested in Billericay were taken for into custody for questioning and were later released under investigation pending further enquiries.

In Britain, anyone charging interest for lending money without a registration at the Financial Conduct Authority is deemed to be a loan shark.

According to a report in March from the Centre for Social Justice (CSJ), a think tank, as many as 1.1 million of England's total population of 56.5 million could be borrowing from illegal lenders, with over a fifth of borrowers taking more than five years to pay the money back.

Many lenders initially present themselves as well-intentioned, willing to help people who live from paycheck to paycheck and cannot afford to pay a relatively small or unexpected bill, before demanding their high interest charges.

Typically, the IMLT agency worked on cases where people were approached by someone they knew, for example a supermarket worker who took a loan from a colleague only to be threatened with violence after struggling to repay it.

Now, many approaches happen remotely after the COVID-19 pandemic accelerated the shift online, giving lenders new ways to reach people, and new ways to threaten and intimidate them.

Britain's finance ministry said it had increased the budget for the loan shark team by 5% this year to help address the problem.

The IMLT says there is typically a lag between an increase in illegal lending and victims reporting it, making it hard to show a definite link between the cost-of-living squeeze in Britain and the number of people using loan sharks.

But charities are bracing for the situation to get worse when a government-imposed price cap on household energy bills is scheduled to rise. Increases set for October and again for January are forecast to nearly triple prices for heating and electricity compared to the start of this year.

Matthew Greenwood at the CSJ said many people had unwittingly turned to illegal lenders during the pandemic and the same appeared to be happening again .

"Loan sharks are bad. Don't use them, because when you when you do, there's just no way out," Benson said.