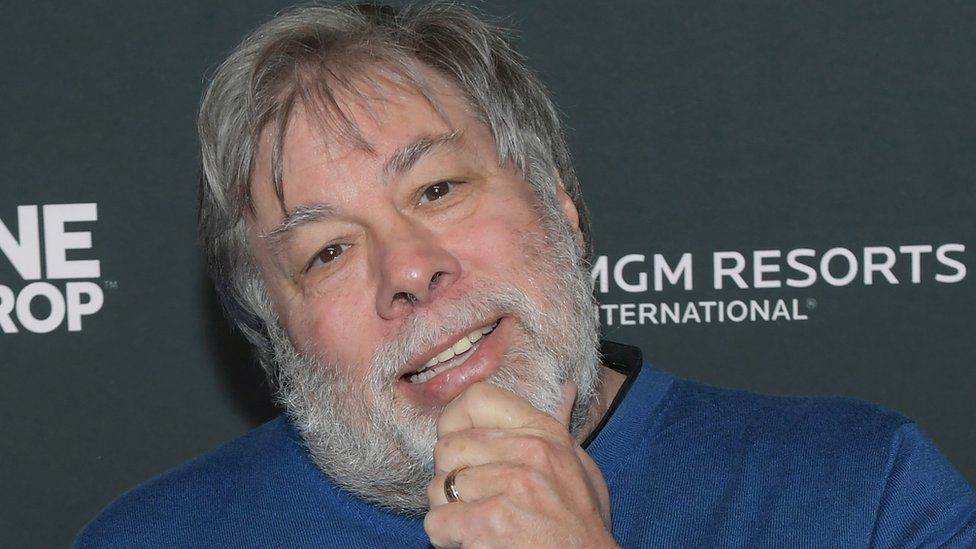 Apple co-founder Steve Wozniak has issued a passionate endorsement of the right-to-repair movement, despite the company's opposition.

The movement wants laws passed to guarantee users access to information and parts to repair their own devices.

"We wouldn't have had an Apple had I not grown up in a very open technology world," Mr Wozniak, its co-founder with Steve Jobs in the 1970s, said.

"It's time to recognise the right to repair more fully."

Existing right-to-repair rules in Europe and the US are limited to appliances and vehicles, respectively.

And right-to-repair advocates say Apple is one of the fiercest opponents to expanding the legislation to cover consumer electronics.

It allows repairs by its own authorised technicians only and does not generally provide spare parts or repair information.

And it has reportedly engaged lobbyists to persuade lawmakers repairing devices can be extremely dangerous.

But Mr Wozniak, 70, said: "Companies inhibit [the right to repair] because it gives the companies power, control, over everything.

"It's time to start doing the right things."

Mr Wozniak made his comments in an impassioned nine-and-a-half-minute reply to a request from right-to-repair campaigner Louis Rossmann on Cameo, a site that allows ordinary people to pay celebrities for a short message.

"This one has really gotten to me," he said.

"When starting Apple, I could never afford a teletype for input or output.

"They cost as much as two cars."

But he knew how TVs worked and had access to schematics - so he built his own solution to turn his TV into an early computer monitor for the Apple I.

"I didn't have to afford something I could never afford," he said.

"I wasn't restricted from anything that kept me from building that computer and showing the world that the future of personal computers is going to be a keyboard and a TV.

"That all came from being able to repair things, and modify them, and tap into them yourself."

He also credited an open platform with the success of the Apple II, which he said had shipped with schematics and designs.

It had been, he said, the only source of profits at Apple for the company's first decade.

"So why stop them? Why stop the self-repair community?" he asked.

"How was Apple hurt by the openness of the Apple II?"

Mr Wozniak left Apple in the mid-80s but revealed in an interview last year he was still technically an employee, receiving a weekly paycheque of about $50 (£36) out of "loyalty" despite having no role in the running of the business.

He also had much to say about the value of open technology for education.

"You could repair a lot of things at low cost - but it's even more precious to know that you did it yourself," he said.

And he spoke of the "motivation and joy" of young people learning to write software and develop hardware "to prove to themselves they've got a little special skill in the world", adding it was "very motivating for creative minds, believe me - that's how I grew up".

Earlier this year, Mr Rossman began trying to raise $6m to get the right to repair passed into law by a direct-ballot initiative.

And he has now posted a video asking for direct involvement and a donation from Mr Wozniak, saying other interested donors were waiting for a figurehead to "go first" before donating large amounts.

US President Joe Biden is widely expected to announce some form of executive order on the topic in the coming days - as pressure also mounts from officials in Europe.